Montevideo, November 15, 2021 (CLAP/PAHO) - More than one million premature, small and seriously sick children are born in the Region of the Americas annually. Providing them quality care, which includes nurturing from their parents, families and caregivers is key for them to reach their full health and development potential.

Premature babies are those born before the 37th week of pregnancy. Babies born early fail to reach an adequate weight, are exposed to illness and require specialized management and care to survive, grow and develop healthily. The loving and nurturing care framework encourages parents, families, and caregivers to play a key role in the care of those babies, along with specialized health teams.

“We know that the presence of mothers, fathers and primary caregivers, close skin-to-skin contact, and kangaroo care contribute to the survival of these babies and to their healthy development,” says Dr. Pablo Durán, regional advisor on perinatal health at the Pan American Health Organization (PAHO). “All this is beneficial for their heart and respiratory function, for successful breastfeeding, for weight gain and the reduction of pain, should they require certain therapies, or for attaining an earlier discharge. However, above all, contact between mother and baby is an inalienable right set forth in the Convention on the Rights of the Child,” he stresses.

To increase parental involvement in the care of these babies, PAHO's Latin American Center for Perinatology (CLAP) advocates with health teams to promote the active role of families; the Center develops evidence-based guidelines for clinical practice, and promotes the strengthening of networks and groups of families of premature infants.

A Journey to Prematurity: Daniela and Paola, mothers of premature babies, share their stories

The noise of the equipment, lights, people and an upsetting silence – this is how Paola Cofiño describes the first time she entered the intensive care unit at a hospital in El Pilar, in Guatemala City to meet Noah, her son, born on the 35 week of pregnancy. “My baby was kept in the NICU (Neonatal Intensive Care Unit) for a week; he had to learn to suck and although they were days of uncertainty, when we left we said: 'test passed', no more prematurity.

They never explained how we should take care of him; they just told us to go about with our normal lives, but when Noah turned one month, he got the syncytial virus (which causes infections in the lungs and airways in babies). At that time, he weighed about 2 kilos and his lungs were not mature enough to fight the virus back. He returned to the pediatric intensive care and had to be intubated for three days. He was very sick; the pediatrician said he had an 80% risk of dying,” she recalls.

Daniela Schwank, had not met Paola yet, when in 2016 she was diagnosed with premature menopause, so her odds of getting pregnant were almost zero. However, a few months into that diagnosis, she became pregnant with her first child. After receiving care for several weeks, the doctors were forced to terminate her pregnancy at week 32 because of a preeclampsia. Her son Lukas was born premature and that was the beginning of their “journey to prematurity”, as she calls it. 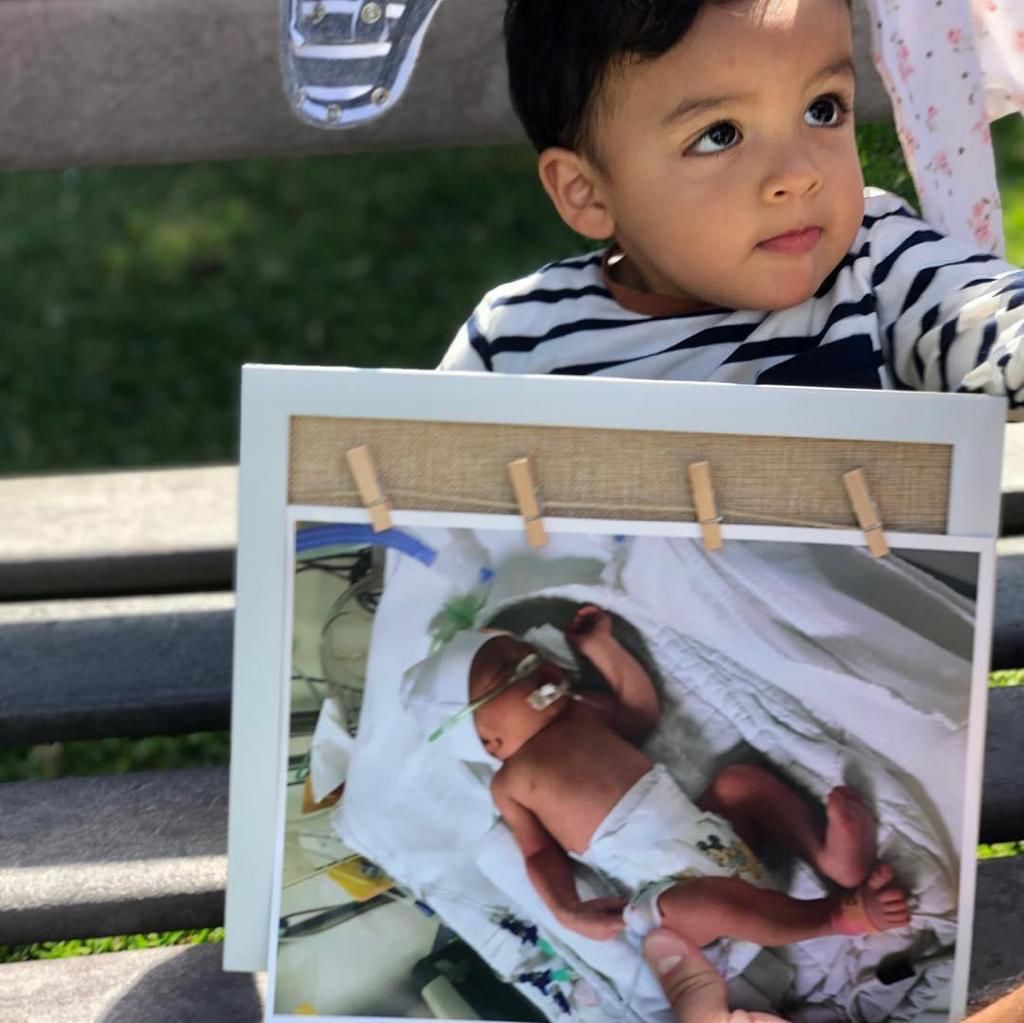 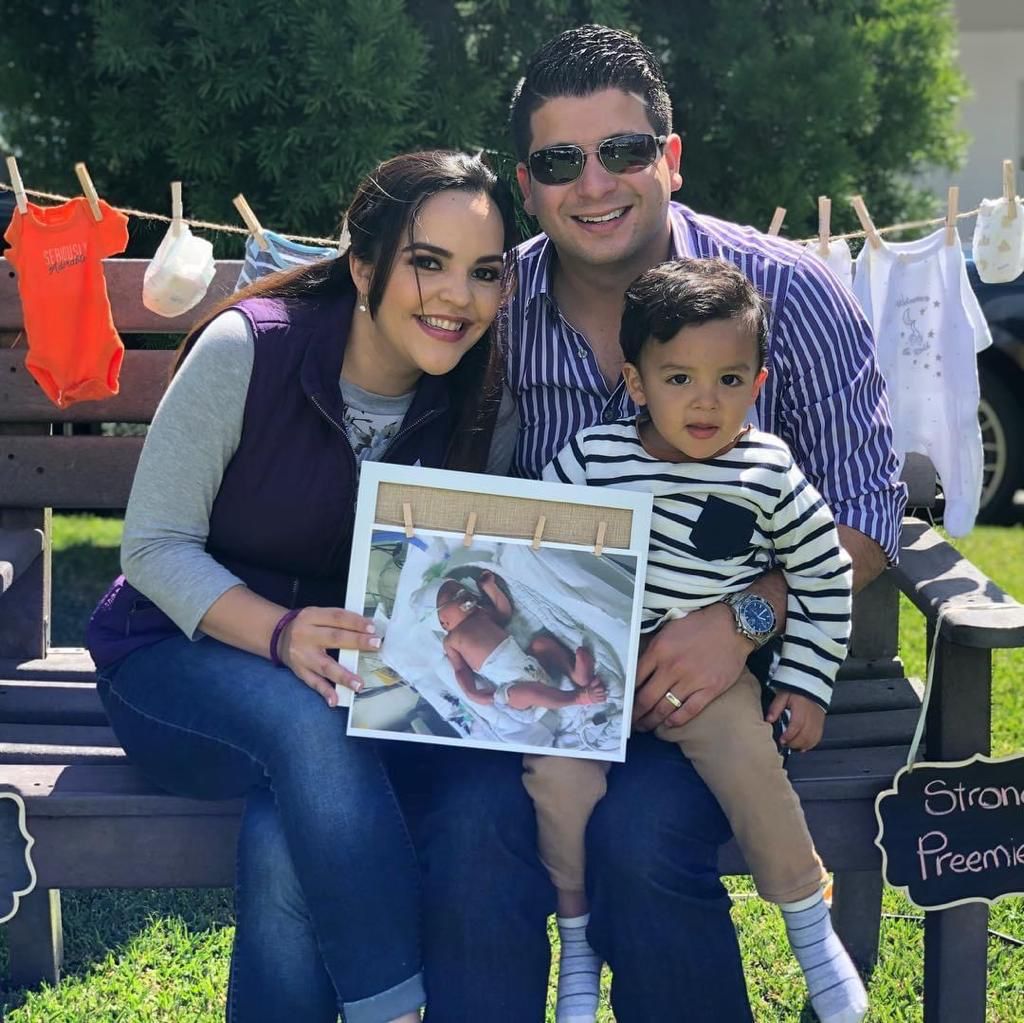 “The issue with Lukas at the intensive care unit was mostly related to a lung problem. Before he was born they managed to give me two doses of an injection used to accelerate the maturation of the baby’s lungs, but it did not work for him because at birth he caught pneumonia. He had to be intubated for six days. When they finally removed the tube, he managed to stay for eight hours without it, but then he collapsed,” Daniela says. Lukas had a grade 1 retinopathy, an eye condition amenable to surgery, and endocarditis, a potentially life-threatening inflammation of the inner lining of the heart. “A cardiologist intervened, and Lukas required seven blood transfusions. When I saw him the first time, I fainted,” she recalls.

This was followed by a routine that lasted 15 days, whereby Daniela could only see her son 5 minutes per hour, express her milk and wait all day at the hospital. It was during that waiting period in 2016, that she met Paola, who was just starting her experience with her son in the intensive care unit. “Put on the gown, this is how you must wash your hands; take it easy, one day at a time,” Daniela told Paola when they met.

As both women went through the premature birth of their children, their experience went from pain and misinformation to a lesson of life, perseverance and patience that filled them with hope and inspired them to share it with others.

This is how these young mothers created the Preemie Support Network for Parents (RAPP, for its acronym in Spanish), a seed program that includes a group of ten parents (eight moms and two dads) of premature children, who accompany and advise other families voluntarily, based on their own personal experience. To date, RAPP has supported 120 families.

“The two of us managed to see our babies 24 hours after they were born. With the pandemic, however, mothers delivering at public hospitals do not know about their babies until they are discharged, which may happen one, two or three months after birth. “Many hospitals work behind closed doors, and moms are briefed about their babies only through telephone calls. There are no photos, nothing, the mother/child contact is inexistent,” states Daniela. And she goes on to add that “that is how we realized that you need a helping hand, a guide, that guidance that professionals can seldom offer the same way as someone who has already gone through that.”

For Paola, having a premature child “is a path of hope, a path of uncertainty and quite a lonely one, because, although the family is present, no one who has not gone through prematurity knows what it implies. We witnessed a miracle.” 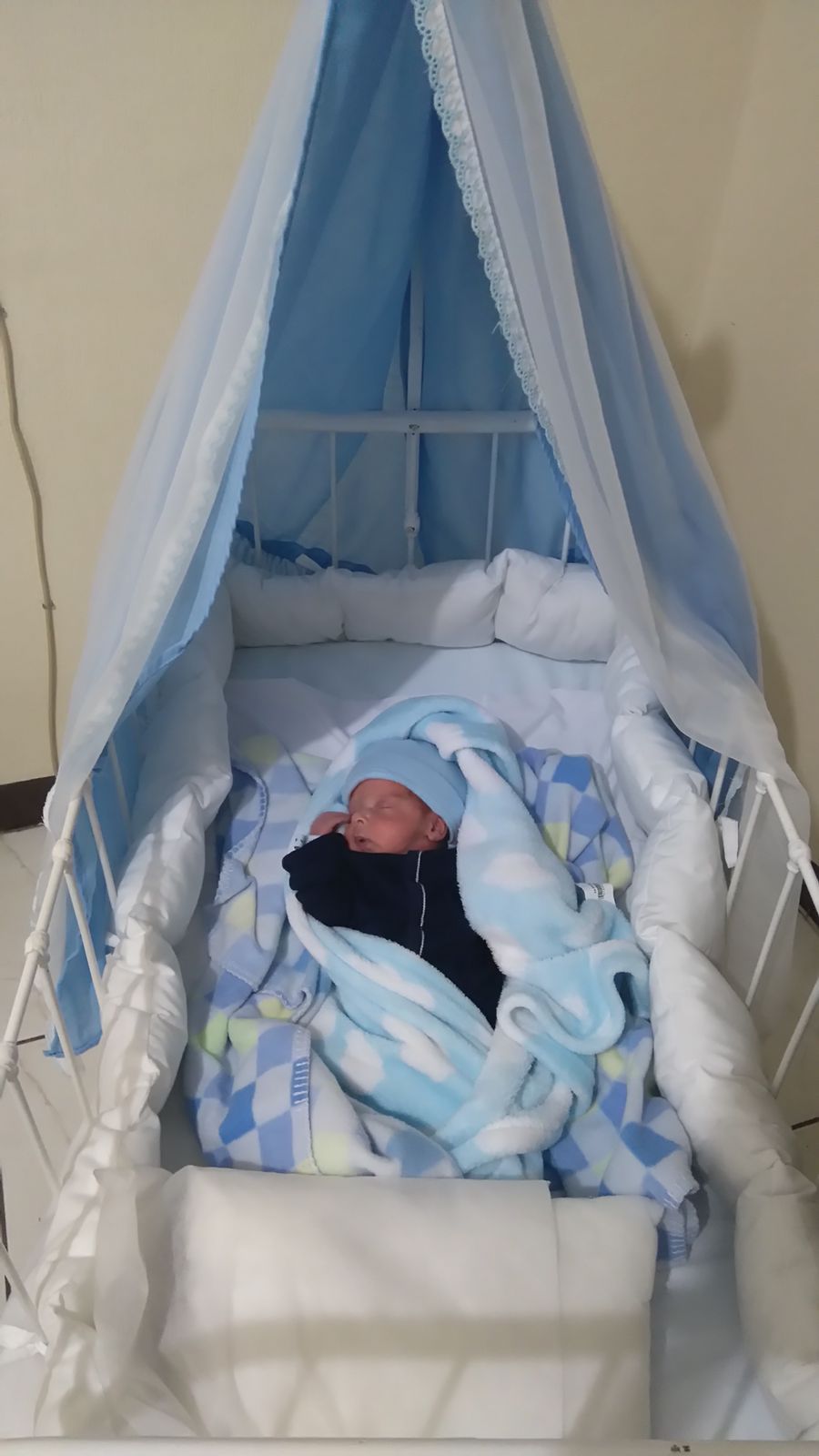 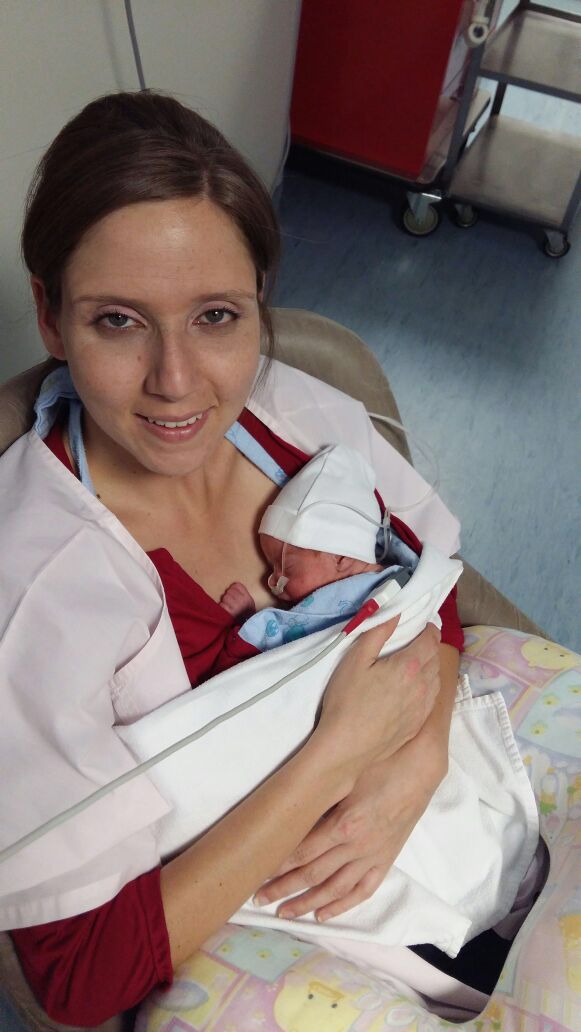 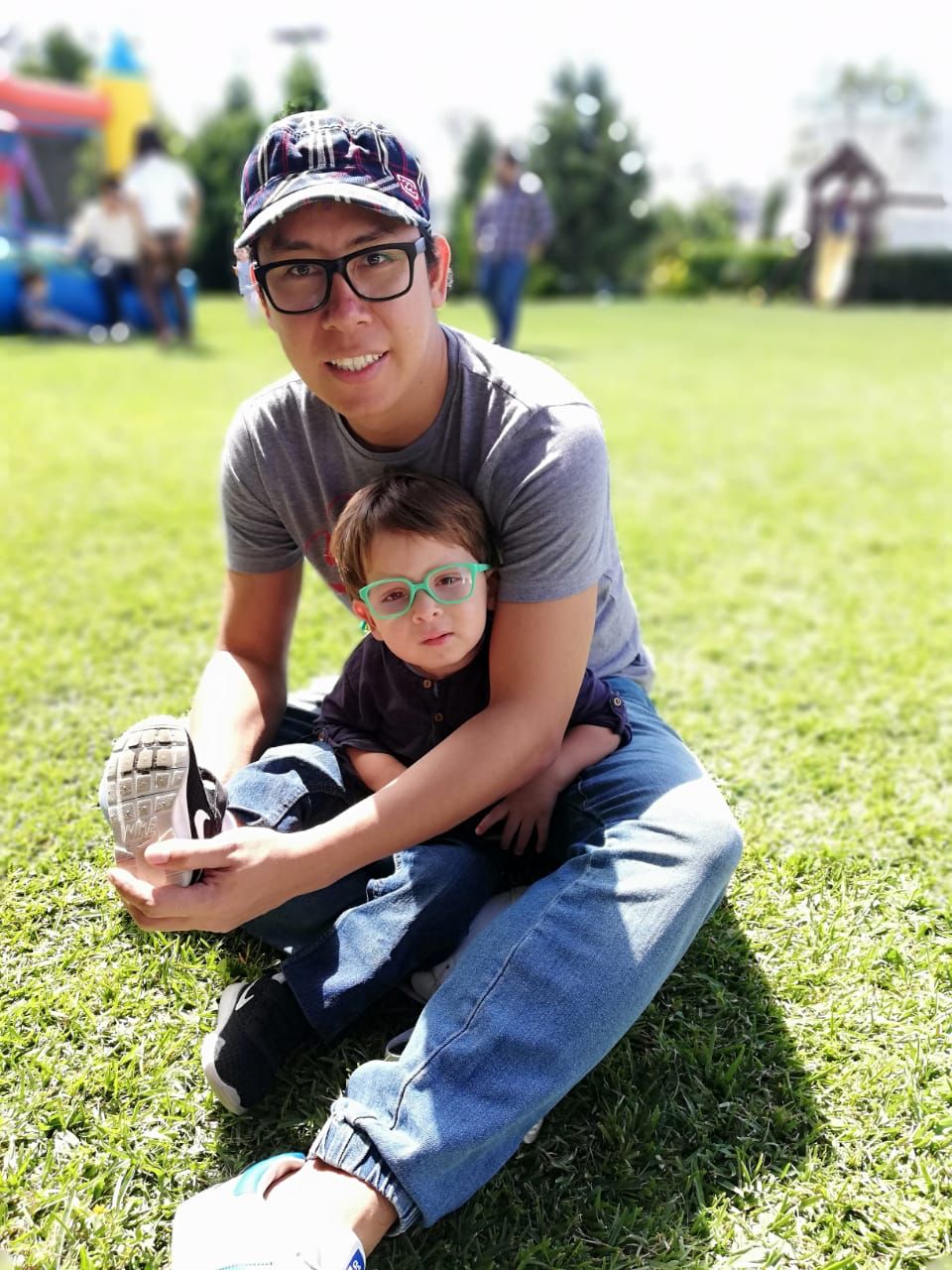 Pulled apart in the delivery room by the pandemic

On April 10, 2020, at the beginning of the pandemic, Luana Vieira (23) underwent an emergency C-section when the baby showed signs of fetal distress; hence, Nicolás came to the world with a gestational age of 30 weeks. After his birth, Luana caught a quick glimpse of his face in the delivery room before he was taken to the Intensive Care Unit (ICU). The following day, still recovering from the caesarean section, she approached the nurses’  counter and asked them to let her see the baby but was informed that visits were prohibited because of the pandemic. The following day she got the same answer. She remembers that the explanation was that “… the babies were all together in a room and that (receiving visits) was risky for them, because of COVID-19”.

When Luana was discharged, she was given the option to stay in the hospital or go home, “but they warned me that even if I stayed, I wasn't going to be able to see him, I could only be in the hospital, without seeing him.” The young woman decided to go home because, she says, “she wasn't psychological ready to stay there if she was not allowed to visit him.” That made Luana very anxious and worried. She remembers that she told the psychologists that she was afraid that by the time they met again, Nicolás would not recognize her. 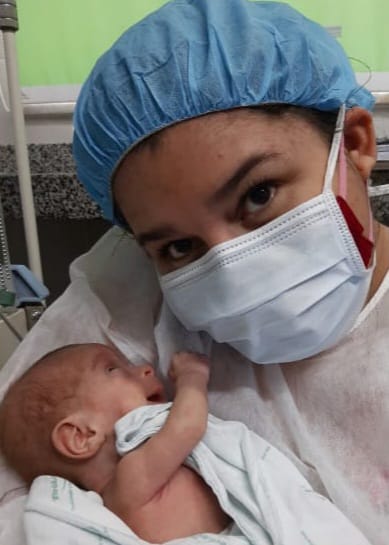 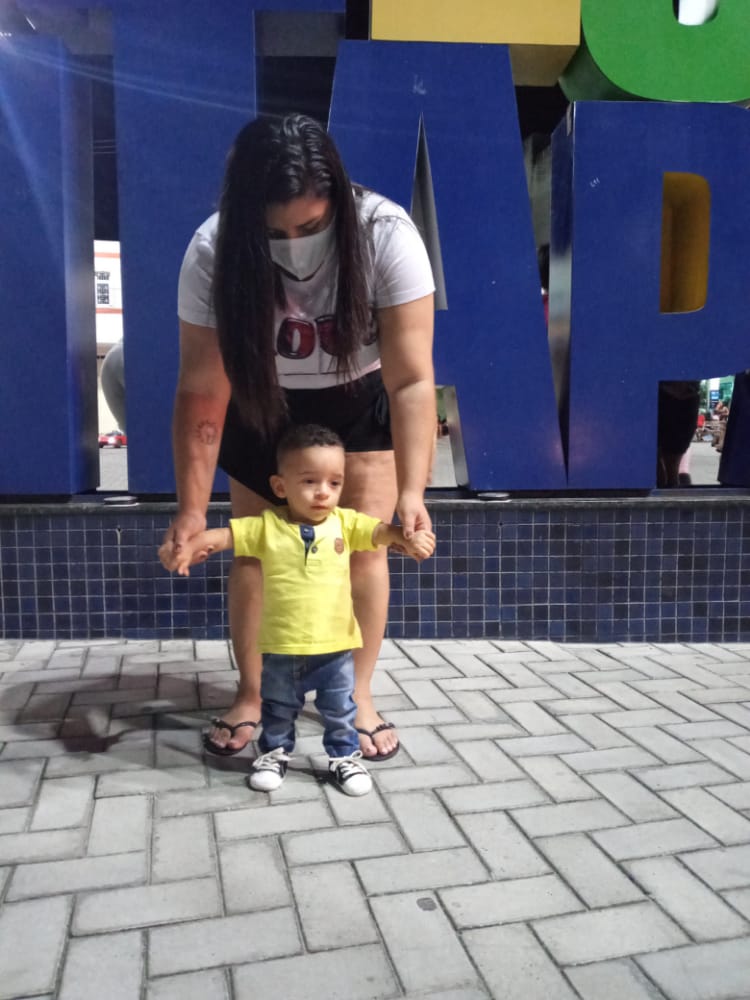 For four months and ten days, Luana and the baby’s father learned how Nicolás was doing through hospital reports; they would call them to give them an update and twice a week they would send them videos. Only once, on day 110, and as an exception to the rules, she was given permission to see him. “I remember that day as the happiest of my life, it was magical, he looked at me and smiled and tried to touch my face,” she says.

It was not until Nicolás was discharged, that Luana, the baby’s father and their family could engage in his care. Nicolás was never re-admitted and is already walking, but Luana still feels moved when she recalls those moments. “It was very hard to think that he was very small, that he was going through a lot and that I could not be by his side. It makes me very sad to know that other mothers and fathers also go through this, it is very painful for those families and for those babies,” she adds.

Surviving, beyond the odds

Dilenia Abreu entered the hospital for an emergency C-section due to preeclampsia, a hypertensive disorder that can occur during pregnancy and postpartum. Thus, Arcell Kahelly was born on February 24, 2020 at 31 weeks. “She was very small; she weighed one pound. The diagnosis they gave me was that hers was a very low birthweight, and that she was not very likely to live more than 72 hours,” recalls this 27-year-old mother from Santo Domingo, Dominican Republic.

Arcell was taken to the intensive care unit (NICU), where she stayed for one month and 18 days. In time she got a staph infection; she also had problems in her stomach, had an open esophagus and a severe hearing loss, which was detected immediately. Her left ear is impaired, and she can hear up to 50 decibels with her right ear. Dilenia, her mother, could visit her every day, a while in the morning and another in the afternoon, until the day came to go back home. 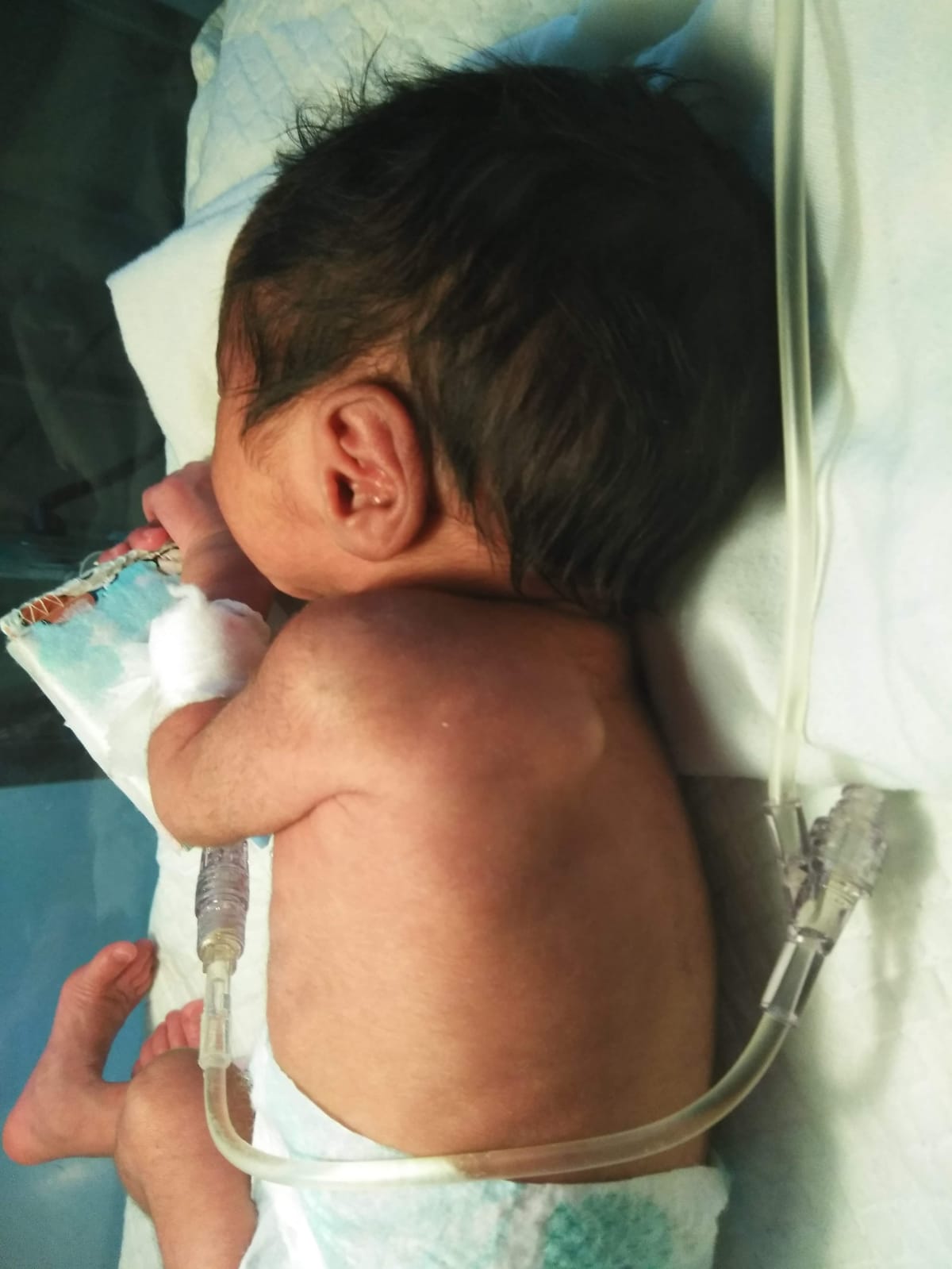 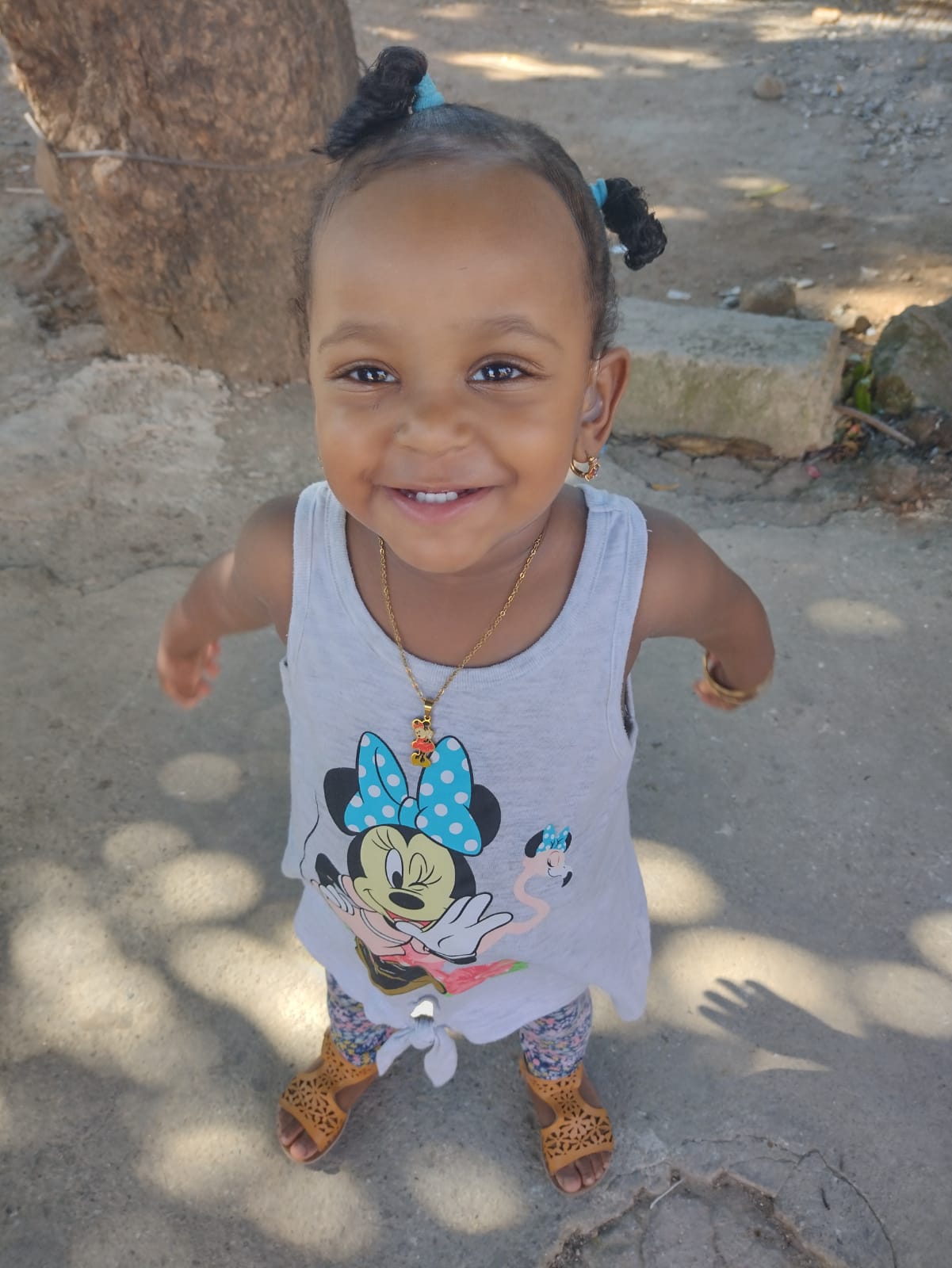 “They gave her to me, and from then on I kept her skin to skin until she turned 40 weeks. Both Arcell's dad and my mom helped me. But we never quit 'kangarooing',” she says in reference to the Kangaroo Mother method and program, a methodology designed to provide warmth and exclusive breastfeeding in a kangaroo position, which allows premature babies to survive. “That and breast milk were what helped her grow and get stronger, I think she felt as if she were inside my belly,” Dilenia says, and she adds, “When we stopped the kangaroo method she wanted it to continue; she wanted to keep on sleeping like that.”

The Kangaroo Mother Program at the San Lorenzo de Los Mina hospital has been operating for ten years and has accompanied the development of over five thousand premature babies. As part of this initiative, they provide support for the family to have the baby in a kangaroo position with exclusive breastfeeding, while monitoring the newborn’s health status to ensure an early detection and intervention before there are any potential complications and sequelae.