With more than 3,000 infections to date, Peru is among the countries of the Americas that has reported the most cases of monkeypox not linked to countries in Africa, where the disease is endemic.

In May 2022, an atypical outbreak of the disease was first declared in Europe. But before the first case was detected in Peru in June, health authorities there had already begun to implement a response plan prepared with technical support from the Pan American Health Organization (PAHO).

The plan includes training for health professionals in epidemiological surveillance, laboratory diagnosis, prevention, and case management for timely screening and detection of infected people. It also includes actions, in collaboration with the community, to communicate the risks of monkeypox and provide prevention tips to help people make informed decisions about their health.

"Close dialogue between health authorities, civil society and community organizations has been a fundamental part of the response to the outbreak," said Dr. Eduardo Ortega, general director of Peru's National Center for Epidemiology, Prevention and Disease Control.

As in other countries, the monkeypox outbreak has particularly affected men who have sex with men. Epidemiological characterization of cases of the new disease showed it was primarily concentrated in this group.

In order to quickly address the situation, health authorities made the most of existing contacts and networks, involving health services and community representatives focused on HIV/AIDS prevention and response.

"It was clear that we had to make use of the entire service delivery component to address monkeypox," said Dr. Carlos Benites, Peru's director of HIV/AIDS Prevention and Control.

"We focused on training care workers in the health centers that specialize in these populations, known as CERITS, UAMP, and ART centers, as well as the mobile brigades and community services managed by these organizations, so that they could focus on active case searches, communication, and provision of information. We also expanded the urban mobile brigades in coordination with organized civil society, avoiding stigmatization in all cases," he added.

Benites stressed that close coordination with more than 40 civil society and community organizations, as well as dissemination of key messages through an app for LGBTQ+ people has made it possible to “provide preventive information to the affected populations in a solid and effective way."

Hand in hand with the community, without stigmatizing anyone

Representatives of the LGBTQ+ community and people living with HIV in Peru have been actively involved in creating key messages about monkeypox and proposing ways to communicate them. Authorities have also involved owners of nightclubs, bars, and saunas, and encouraged them to put up information posters on their premises.

Julio César Cruz of PROSA, a program that supports self-help among people living with HIV, said the creation of a working group on monkeypox has enabled a preventive approach to information management. The working group was convened by UNAIDS to bring together health authorities and community organizations.

"At the beginning, the content was somewhat biased, since it reinforced stigma towards people with HIV and men who have sex with men. But since the working group was formed, there has been great willingness to analyze and reflect on each aspect of the content that should be produced," he said.

Cruz is convinced that the communications produced by institutions and community organizations are having better results as a result of this. "The working group has helped to reduce stigma and discrimination towards these communities and also issue alerts, but with specific, appropriate language and messages," he said. 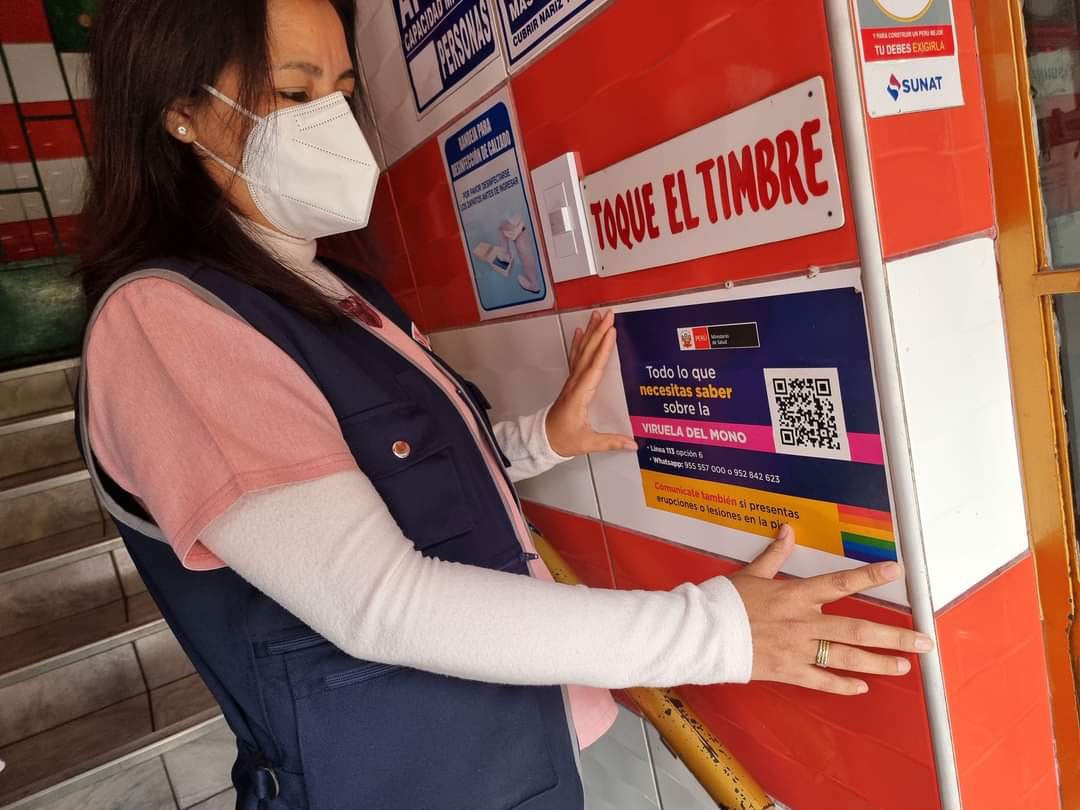 Urban mobile brigades have been another key element of Peru's monkeypox response. After mapping the places where the community socializes, the intervention teams – made up of health personnel and peer educators – took information on how to prevent infection to the saunas, bars, nightclubs, and busiest streets of Lima.Nearly a hundred groups were deployed in all regions of Peru that have reported cases, the vast majority of them in Lima. By the end of October, mobile teams were able to reach 25,114 men who have sex with men. They hope to reach many more by the end of the year. 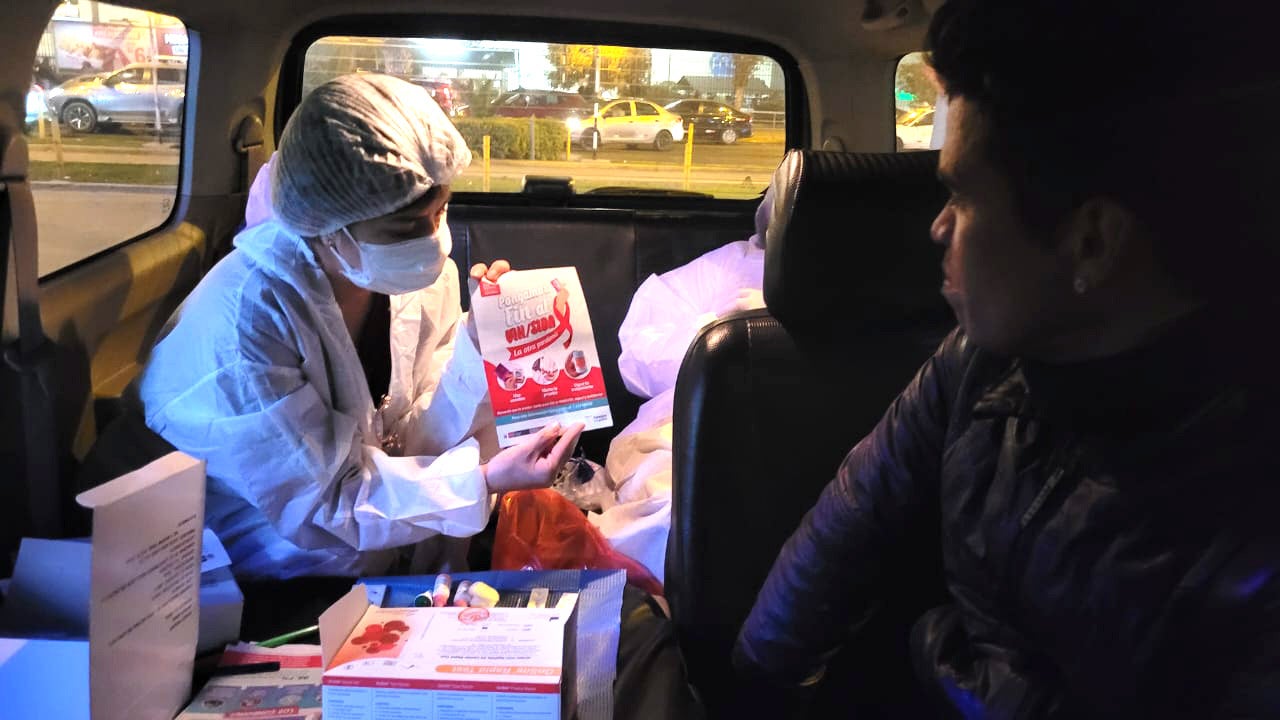 113: a hotline to answers questions

A monkeypox hotline was also set up by health authorities to answer questions about infection, transmission, and where to get tested. It refers people with suspected infection to health facilities where they can receive care, and operates 24 hours a day, seven days a week. As of September, it had received more than 117,000 calls.

The Ministry of Health has used instant messaging channels and email to answer questions, and recently launched the Qatipay mobile application to support contact tracing. The app enables people who have had contact with a suspected case of monkeypox or with someone who has a confirmed diagnosis to receive daily monitoring of their health status and, if they present symptoms, to be tested.

Dr. Alexis Holguín, Director of Strategic Interventions in Public Health (Ministry of Health of Peru), listed some of the upcoming challenges in addressing monkeypox, such as management of complications and timely follow-up with patients.

Given the limited number of available vaccines, another challenge is how to use vaccination as a complementary prevention tool in a specific population, without discriminating or stigmatizing. Peru acquired 9,800 doses of monkeypox vaccine through the PAHO Revolving Fund. The country recently announced it will prioritize people with HIV and those at risk of developing a severe case of the disease.

Although Peru continues to record monkeypox cases, the number has declined in recent weeks. Work with affected communities must continue in order to stop the outbreak in Peru and the rest of the region.