Reducing speed on the streets of Bogota to save lives

Bogota, June 10, 2020 (PAHO) - Bogota became the first city in Colombia to implement the maximum speed limit of 50 kilometers per hour, a measure recommended by the World Health Organization (WHO) and the Pan American Organization for Health (PAHO) to reduce traffic accidents in urban settings and save lives.

Reducing the speed limit in Bogota "had a direct effect on saving lives," said the mayor of Colombia's capital, Claudia López. According to the administration, 2,000 people a year used to die in Bogota due to preventable traffic-related injuries. "With this measure, during the strict quarantine (due to the COVID-19 pandemic), fatalities have been reduced by 50%, and during partial closures, the effect was reduced a little, but remained sufficiently positive compared to the previous year", she explained.

Setting speed limits in urban areas is key. As the average speed increases, the probability of an accident and its severity of its consequences also increases. While a pedestrian has less than a 20% chance of dying if he/she is hit by a car traveling at less than 50 kilometers per hour, this risk increases to almost 60% at 80 kilometers per hour. It is estimated that "a 5% reduction in average speed can reduce the number of deaths by 30%".

In the Americas, road traffic deaths are the second leading cause of mortality in young adults aged 15 to 29 years, according to PAHO's Status Report on Road Safety in the Region of the Americas. Nearly half of all traffic injury deaths in the Region are motorcyclists (23%), pedestrians (22%), and cyclists (3%).

At the same time, road crashes have economic consequences. It is estimated that in younger age groups, the disproportionate consequences of crashes cost countries approximately 3% of their gross domestic product (GDP). 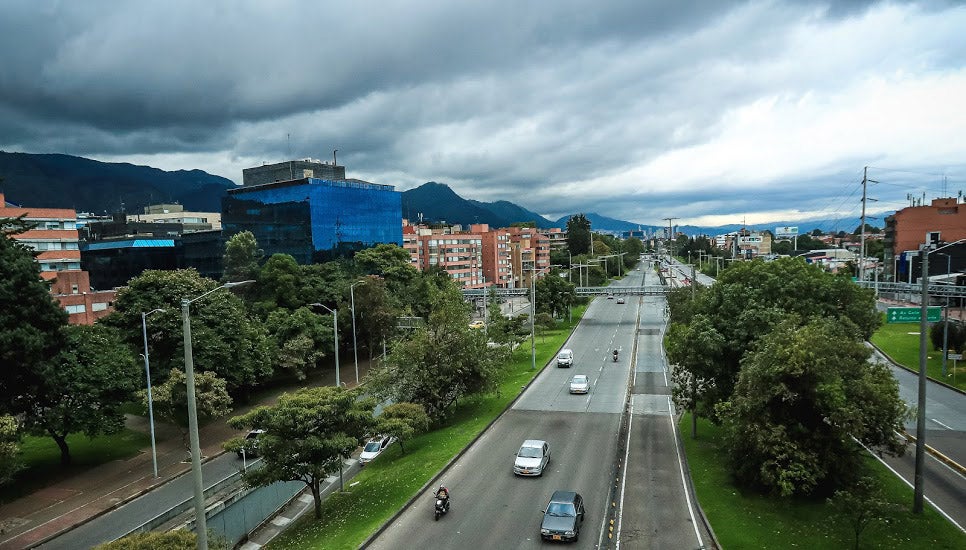 As of 2018, only 46 countries representing 3 billion people had laws implementing speed limits aligned with best practices. However, according to Eugenia Rodrígues, PAHO / WHO regional road safety advisor, today there is an important movement inside large capitals to reduce speed and save lives.

One of those cities is Bogota. “In the capital of Colombia, several road safety measures are in line with WHO guidelines, such as speed limits of 50 kilometers per hour in urban areas and lower speeds near school or shopping areas with large concentration of people. The city is also extending the bicycle lane areas, which is something that we are increasingly recommending. We encourage active transportation for health benefits, prevention of non-communicable diseases and to reduce air pollution ”.

“The opportunity for cities is huge, because they are home to more than half of the world's population. Once cities demonstrate that something works, national governments tend to be more willing to scale up a proven solution, "said Michael Bloomberg, founder of Bloomberg Philanthropies, whose Global Road Safety Initiative supports and works to stop deaths and injuries on the streets and highways of the world.

According to Rebecca Bavinger, from the public health area of Bloomberg Philanthropies, an ongoing challenge in Bogota is to promote a culture of citizenship, so that citizens are aware of the importance of slowing down, that advances in road safety can be made for future generations and, as Mayor Lopez affirms, to "continue fighting for life."