Respect during childbirth – stories of a grandmother, a mother and a daughter

Montevideo, May 17, 2021 (CLAP/PAHO) - “I experienced childbirth as a very extreme moment,” says Uruguayan Tamara Cubas as she recalls the birth of her two children. “It is a unique, edgy moment because of the pain. Your body opens, and then the head appears, and the baby slips out like a bar of soap.” Her son, Pedro, was born in 2006, her daughter, Julia, in 2011, both at a facility in Montevideo.

Tamara had opted against anesthesia. However, when the moment came in the throes of labor, she says, she cried asking for epidural anesthesia. But it was too late. The baby wanted to come into the world.

“I experienced childbirth as a very extreme moment."

“I remember that when my daughter Julia was born, I fainted in pain and the gynecologist slapped me to wake me up,” she recalls. “The doctor was so helpful! I understood that we were both together in that endeavor.” The Uruguayan woman says she felt safe, reassured by the team that took care of her. “I trusted my gynecologist and the health care system. I'm not saying there are no problems, but my experience has been good,” she adds. 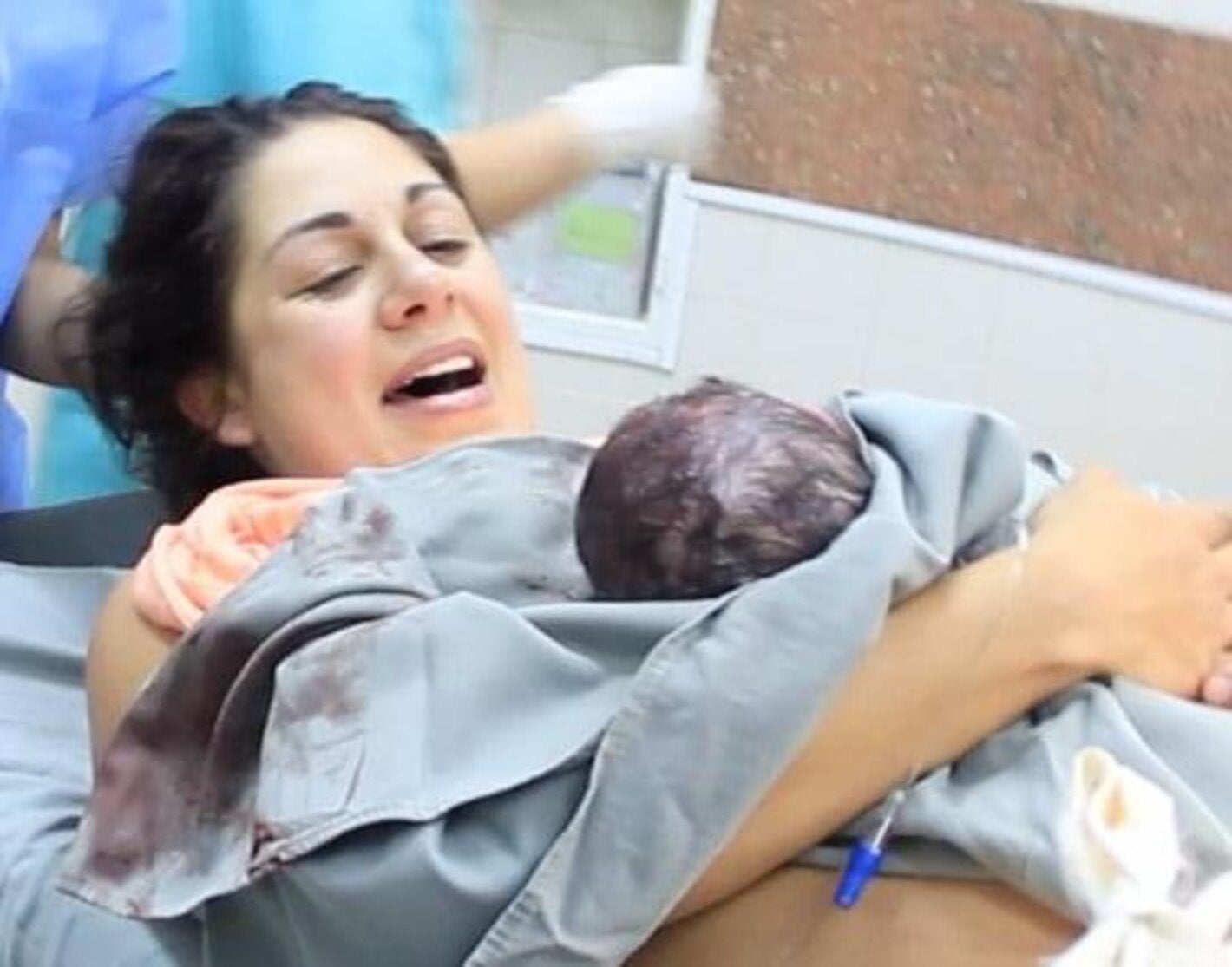 Tamara feels fortunate because she understands that her mother’s position as a doctor played in her favor. Her mother supported her and provided information as her pregnancies progressed. “In childbirth, I had a support network that made me focus on what really mattered,” she emphasizes, adding that she always understood pregnancy and childbirth “not as a suspension of life, but as part of it.” 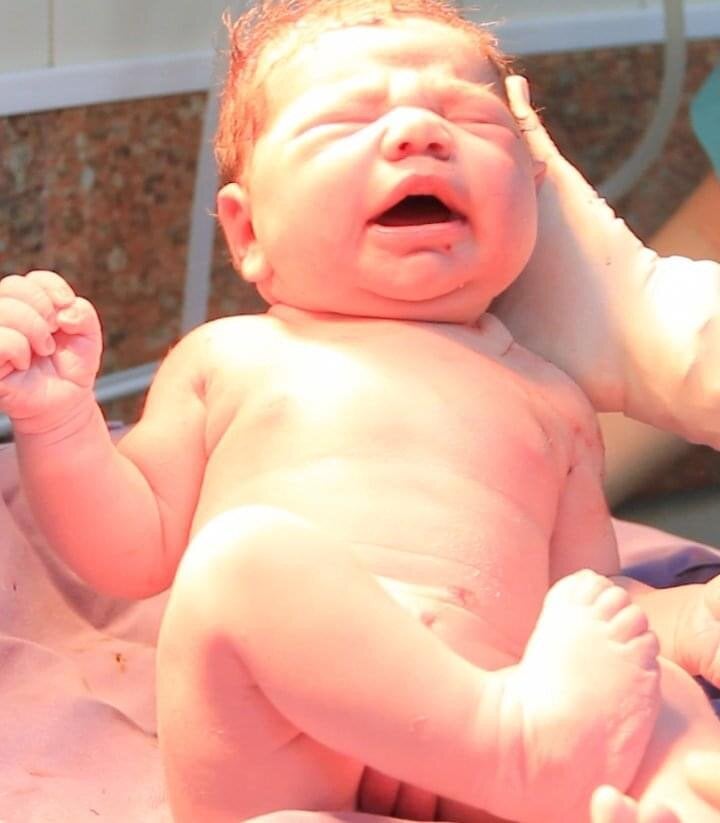 Pregnancy and childbirth are very significant events for all women. They have an impact not only on their own lives, but also on their families’ lives. “That very special moment deserves to be experienced joyfully and safely,” says Suzanne Serruya, Director of the Latin American Center for Perinatology (CLAP) of the Pan American Health Organization (PAHO). “The woman desires the child, she is excited about it during pregnancy, and it is only fair that she feels respected during childbirth.”

Dr. Serruya explains that recognition of the asymmetry in the doctor-patient relationship raises awareness about the need to talk about respectful maternal treatment. “We need to recover a balance, placing the woman at the center of childbirth,” she says. “The doctor’s role is to accompany and reassure the woman, seeing to her safety and that of her child, to spare them any inconveniences, giving the woman a chance to enjoy childbirth in an environment of trust and affection.”

Mistreatment of mothers in the region

Not all women are as lucky as Tamara. According to a study published by PAHO/World Health Organization (WHO) in 2019, 43% of pregnant women have experienced disrespectful and offensive treatment during childbirth in health facilities in Latin America. The magnitude of the problem is so great globally that in 2014, the WHO drafted the declaration for “the prevention and elimination of disrespect and abuse during facility-based childbirth.” It clearly states that “every woman has the right to the highest attainable standard of health, which includes the right to dignified, respectful health care throughout pregnancy and childbirth, as well as the right to be free from violence and discrimination.”

In keeping with this principle, the document points to a number of actions ranging from increased support from governments for research and action on disrespect and abuse to implementing programs to improve the quality of maternal health care, emphasizing a woman's right to dignified and respectful health care in pregnancy and childbirth. The document also points to the need to generate data on respectful care practices.

Dr. Serruya says, CLAP/PAHO is working for the “recognition of women’s rights with regard to their childbirth, because childbirth is a matter of women and their families. Childbirth has to be adapted to the local culture, and the women’s key role must be recognized. CLAP educates doctors on the basis of the best available evidence, stressing that childbirth should be a positive experience.”

Accompaniment in childbirth, a recent conquest

Maria Souza, Tamara's mother, also remembers her own two births as good experiences. Tamara was born in Montevideo on Nov. 9, 1972 amid a general strike. Maria was 25 at the time.

She had been in labor since the previous night. “My waters broke, and the gynecologist told me to remain calm if I didn't feel any pain,” she recalls. Maria's fear was that she wouldn’t be able to get a taxi. She decided to ask a neighbor (the only one with a car on her street) to take her and her husband to the center, the same maternity hospital where Tamara bore her children years later.

“As soon as I got there, my pains began,” Maria says. “During labor, the gynecologist told me they would need to use forceps. I trusted the doctor. I was calm.” She remembers being exhausted after childbirth. She rested for 10 minutes, took the baby in her arms and walked to her room, joyful about bringing a healthy girl into the world. The baby was left with her, which was unusual four decades ago. At the time, newborns were not taken to mothers until later, and at nighttime, they would be taken to the nursery to be cared for by nurses.

Maria's second child was born four years later in Havana, Cuba, where they had to induce labor because of signs of fetal distress. Everything went well, however. In neither birth was the children’s father present, because companions weren’t allowed in the delivery room to accompany the mother at that time. As in other countries in the region, regulations began to change in the first decade of the 21st century. In Uruguay, a law was passed in 2001, stating that public and private health care facilities must inform pregnant women of their right to be accompanied by a person of their choice during labor, delivery, and childbirth.

However, Maria was accompanied by her husband at her “fear-free childbirth” courses, a novel proposal at that time. There she was taught how to breathe and how she should push during labor. At the time, those workshops were so unusual that Maria's mother, Irma Silveira, was puzzled and would comment about the course her daughter had taken.

Irma, Maria's mother and Tamara's grandmother, will turn 99 this year. In 1940, at the age of 18, she gave birth to her first child. At that time, the maternal mortality ratio in Uruguay was 265.8 women per 100,000 live births, compared to 13.3 deaths per 100,000 live births today, according to statistics from the Ministry of Health.

When Irma had her children, not only were there no preparedness courses. She gave birth to her five children at home. Four were born in rural Artigas and one in Rivera, departments in the north of the country on the Brazilian border. She had no choice. Access to health centers was limited for people residing in less populated areas. She says that the reason she had so many children in a row was that there was no contraception at the time. She remembers that when she had her first baby, she was assisted by a family friend who was a physician. But in the childbirths that followed, she was assisted by the physician’s wife, who had experience taking care of pregnant women as they delivered their babies. Irma’s daughter and granddaughter, however, managed to get care at a health care center, with professionals and equipment in case of potential emergencies.

Irma never felt afraid to give birth, she conceived of it as a natural thing, as do her daughter and granddaughter.

Respectful treatment even during the pandemic

In the context of the COVID 19 pandemic, PAHO/WHO continues to stress the enforcement of recommendations for respectful treatment during childbirth, which include: