I was busy making music, performing, touring and getting gigs here and there; life was going on as usual. Then we started hearing about people falling sick, going to the hospital; some didn’t get better. It was spreading, they had to close the schools. Carnival was put off. People didn’t know what was going to happen next.” 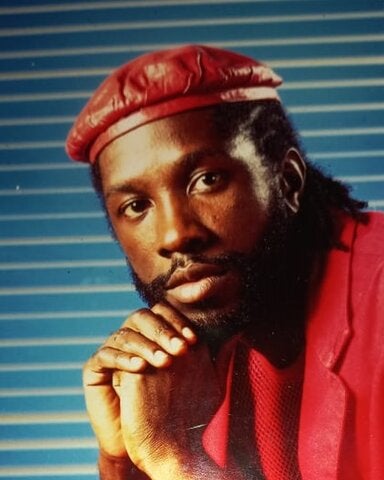 October 21, 2021 - One would be forgiven for thinking that this was David Rudder’s description of the COVID-19 pandemic. Instead, the world renowned Trinidadian musician was relaying his own account of the last outbreak of polio in Trinidad and Tobago. The 1972 outbreak led to the hospitalization of more than 200 people with various forms of paralysis. Eleven children under the age of six died. Rudder, who now lives in Ontario, Canada, was 19 at the time.

“Among my friends, we didn’t display much fear. In hindsight, that was our bravado – the way we coped with what was happening,” Rudder told PAHO Caribbean. “I remember the great Lord Kitchener and other calypsonians recorded the fact that we didn’t have Carnival [until May that year].”

“Carnival is a time when you could become who you want to be. It’s very important, not only to Trinidadians, but to the world,”said Rudder, celebrated internationally for his unmistakable rhythms and poetic lyrics in iconic songs such as “The Hammer”, “Bacchanal Lady”, “Calypso Music”, “Ganges and the Nile”, “Haiti”, “Rally Round the West Indies”.

That 1972 outbreak did not have to happen. Polio vaccines were introduced to the world in 1955 (via injection) and 1961 (oral). Despite several government-led vaccination campaigns, however, by December 1971, fewer than 10% of children in Trinidad four years old and under, had received even a single dose of the vaccine.

So, at the height of the outbreak, the government launched a mass vaccination campaign between January and February 1972, with around 800 people staffing more than 300 vaccination centers. As a result of that campaign, 81% of children under the age of six and close to 85% of children seven to twelve years old, were vaccinated.

Rudder only recently learned that the 1972 outbreak also led to the Public Health (Nursery Schools and Primary Schools) Immunisation Act of 1973, requiring that children be vaccinated against diseases like polio to enter school in Trinidad and Tobago. The country has not had another polio outbreak since.

But these milestones came too late for Rudder, who contracted the disease during a 1954 outbreak that infected 189 people, mostly children under four years old. He was only a year old. He described the day when his mother realized he had been paralyzed by the disease:

There was a neighbor who was a carpenter, and every day we had a little ritual. He would come out with his tools in a box and spread them all over the ground and I would run and gather them and put them back in the box. On this particular day [in 1954], I crawled towards the box, dragging on my hands and knees, mostly my hands. Everybody thought it was a joke. And then they realized that it happened again and suddenly they said, “But this child is not walking!” So, my mother panicked and took me to the hospital. I was diagnosed with polio and I stayed there for a couple of months.”

After several months, he was released and over time he was able to regain movement, bearing most of his weight on his stronger right leg. Even now, decades later, as he grows older, Rudder still deals with the after-effects of polio.

“If I could go back in time and get that polio vaccine, I would do it like that," he says, snapping his fingers. "Ask questions, but at the end of the day, if something protects you, by all means take it and protect yourself. And above all, protect your children and your loved ones.”

During the current pandemic, Rudder says, “We lost our salaries, visiting friends and family... I wonder how some people are surviving; getting basic necessities. Most importantly, we’ve lost so many lives. That should be enough to convince people: protect yourself. I am fully vaccinated because I have a family to take care of.”

He believes that COVID will be with us for some time but, with vaccines, he sees hope for managing the virus. Now, he looks forward to performing live again in T&T and around the world, as we move, step by step, into the future.