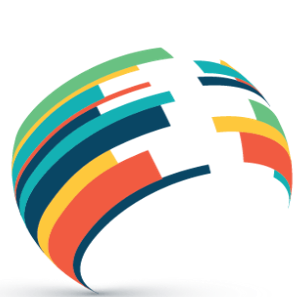 Dementia is one of the world’s leading public health challenges. With a global estimate of 55 million people living with this medical condition, this neurological disorder is ranked as one of the top ten causes of death worldwide and is the 3rd leading cause of death in the Americas. In 2019, it was reported that 10.3 million people lived with dementia within the Americas, costing the Region an estimated US$ 379 billion (WHO Global Status Report, 2020).

In many countries in the Americas, dementia continues to be stigmatized and misunderstood. People living with dementia, their family members, and caregivers continue to experience discrimination and are denied human rights. Countries are called to increase public awareness and understanding of dementia and develop dementia-inclusive environments for their citizens. Within the Region, the prevalence of dementia is rapidly growing in countries within Latin America and the Caribbean (LAC). The Disability-Adjusted Life Years (DALYs) experienced by women living in the Americas are also 65% higher when compared to the global figure of 60%.

In 2017, The WHO launched the “Global action plan on the public health response to dementia 2017-2025” for the Member States and strategic partners to work towards a world where dementia is prevented, and people living with dementia and their caregivers are supported.

As the burden of dementia continues to rise in the Region of the Americas, PAHO’s “Strategy and Plan of Action on Dementia in Older Persons”, which concluded in 2020 aimed to collaborate with the Member States to align their goals and activities with the global dementia action plan.

Despite progress made over the past years, the marked impact of dementia in our Region will require accelerated actions and interventions by Member States, and other strategic partners. Areas of urgent concern include the lack of population-level monitoring of dementia indicators which is essential for countries to make evidence-informed decisions regarding dementia diagnosis and treatment, support for dementia caregivers, and the implementation of national dementia policies.

Among the 35 Members States of PAHO, a total of 11 countries reported having policies, plans, or programs on dementias, either on an independent basis or included as part of other national programs. The target for this indicator was partially achieved. This is clearly a priority, given that developing and strengthening plans and policies that aim to tackle dementia illustrate political willingness and priority and provide opportunities for collaboration and partnerships across sectors.

Considering the extraordinary and unprecedented circumstances presented by the COVID-19 pandemic, and in accordance with Resolution CE166.R7, the final report of the strategy and plan of action on dementias in older persons was published for information purposes only, and it was not discussed by the Directing Council. This regional workshop will provide an opportunity to Member States and relevant actors to discuss dementia as a key priority of the public health agenda in the Americas.

Given the ongoing travel and lockdown restrictions resulting from the COVID-19 pandemic, this workshop will be hosted virtually. It will invite approximately 40 to 50 participants. This workshop will present an opportunity for the countries to exchange lessons learned and achievements and allowing them to better understand how the global dementia action plan can be implemented within their nation. This session will be delivered in both English, Portuguese and Spanish simultaneously.

1. Improved country understanding and awareness of the global burden of dementia, the "Global action plan on the public health response to dementia 2017-2025" and WHO tools and resources.

2. Highlight the urgent need for countries to gather national data on dementia and present submissions to the GDO.

3. Strengthen the quality and generalizability of research studies on dementia, especially in low-and middle-income countries.

4. Engage participants with lived experience of dementia, and dementia-inclusive caregivers in dementia-friendly initiatives.

5. Share lessons learned and good practices between countries to inform the development of regional and country-specific responses to dementia.