Washington, D.C., October 16 2018 (PAHO / WHO) — Ministers from across the Caribbean region met today in St George’s, Grenada to ensure that those living in Small Island Developing States (SIDS), who are on the front line of increasing health impacts of climate change, are prepared and protected. 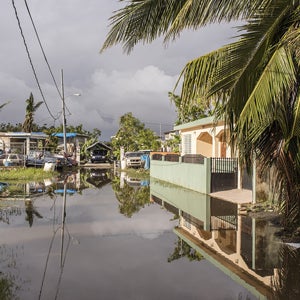 The III Global Conference on Health and Climate Change: Special Focus on Small Island Developing States, convened jointly by the Pan American Health Organization (PAHO), the World Health Organization (WHO) and hosted by the Government of Grenada, takes place on 16 and 17 October. The Conference convenes Ministers of Health, Ministers of Environment, representatives from other UN agencies and key stakeholders from Caribbean SIDS to develop an Action Plan on Health and Climate Change for the Caribbean.

“Health is being impacted by climate change in many ways, and although SIDS have made a small contribution to global emissions of Greenhouse Gases, our islands are at the forefront of climate change impacts.”

“We saw last year the devastating effects of hurricanes Irma, Maria and Harvey, and many other tropical storms that hit the Caribbean,” said Dr. Carissa Etienne, PAHO Director. “But we also face other challenges, such as floods; droughts; heatwaves; water and food security and safety; undernutrition; massive fisheries and marine biodiversity loss; vector-borne diseases; and non-communicable diseases.”

“I don’t need to convince anyone in this room that the present situation is critical,” added Dr. Etienne. “Health is being impacted by climate change in many ways, and although SIDS have made a small contribution to global emissions of Greenhouse Gases, our islands are at the forefront of climate change impacts.”

During the Conference, which is attended by 14 Caribbean Ministers of Health and Ministers of the Environment, and hosted by the Government of Grenada, four overarching issues will be discussed: Supporting Caribbean health leadership to have their priorities and needs heard; strengthen national technical capacities to understand the impacts of climate change on health in SIDS and to anticipate and prepare for those risks; developing the policies and implementing actions required to build climate-resilient health systems; and facilitating access to climate and health financing mechanisms. 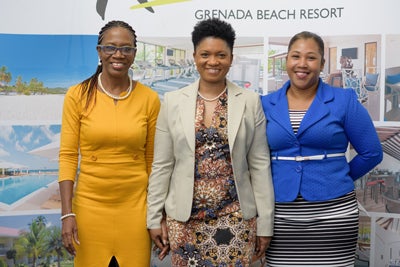 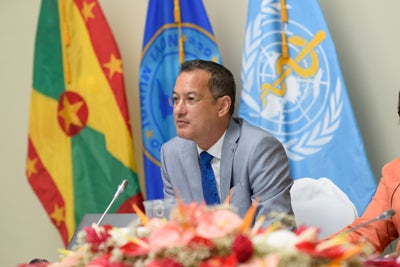 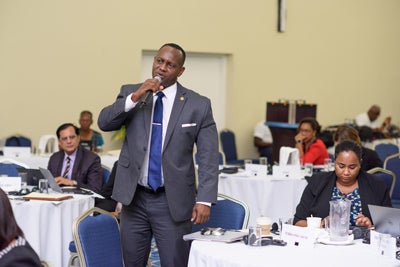 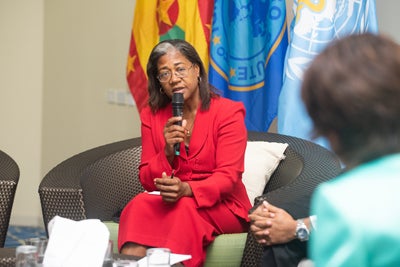 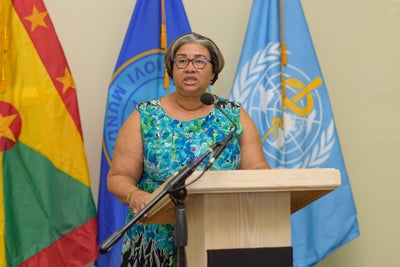 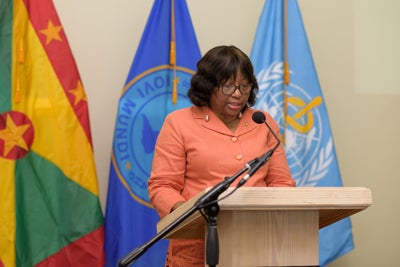 The Conference is part of the WHO Initiative on Climate Change and Health in Small Island Developing States, which was launched in collaboration with the Secretariat of the United Nations Framework Convention on Climate Change (UNFCCC), and the Fijian Presidency of COP-23, at the UNFCCC Conference of the Parties in November 2017.

“The reason we are here today is because island nations have requested it,” said Dr. Joy St. John, Assistant Director General for Climate and Other Determinants of Health at WHO. “More extreme weather events are taking lives and having devastating impact on livelihoods and economies, and even threatening to submerge some of the islands. We need to ensure that people from these islands have the best possible level of health so that no one gets left behind.”

The WHO initiative aims to provide national health authorities in SIDS with the political, technical, and financial support to better understand and address the effects of climate change on health. It takes the form of three innovative, geographically dispersed meetings. The first was held in Fiji, for Pacific SIDS, and the second in Mauritius, for SIDS of the African and South-East Asian WHO Regions. The Conference in Grenada constitutes the third meeting, and together with the regional plans developed during the other two meetings, will contribute to a WHO global action plan for climate and health in Small Island Developing States.

Although SIDS have made a small contribution to global emissions of Greenhouse Gases, they are at the forefront of climate change impacts. Many small islands are already seeing an increase in climate-change related events, including high burdens of climate-sensitive diseases such as vector-, food-, and water-borne diseases; more frequent and severe extreme weather events; and rising sea levels.

“What we are seeing with respect to climate change and health is that how we define ourselves as a Caribbean people is at stake,” said Hon. Nickolas Steele, Minister of Health and Social Security of Grenada. “Sun, sea and sand is something we have been proud of but it is also going to be our downfall. We need to make sure that we are ready and that we are prepared and smart,” he concluded.

While countries have agreed to take action to limit global warming under the 2015 Paris Agreement, it is vital that health care facilities are reinforced, early-warning surveillance systems implemented; and policy developed to ensure that those that are most vulnerable to climate change events are not left behind.