Region of the Americas eliminates maternal and neonatal tetanus 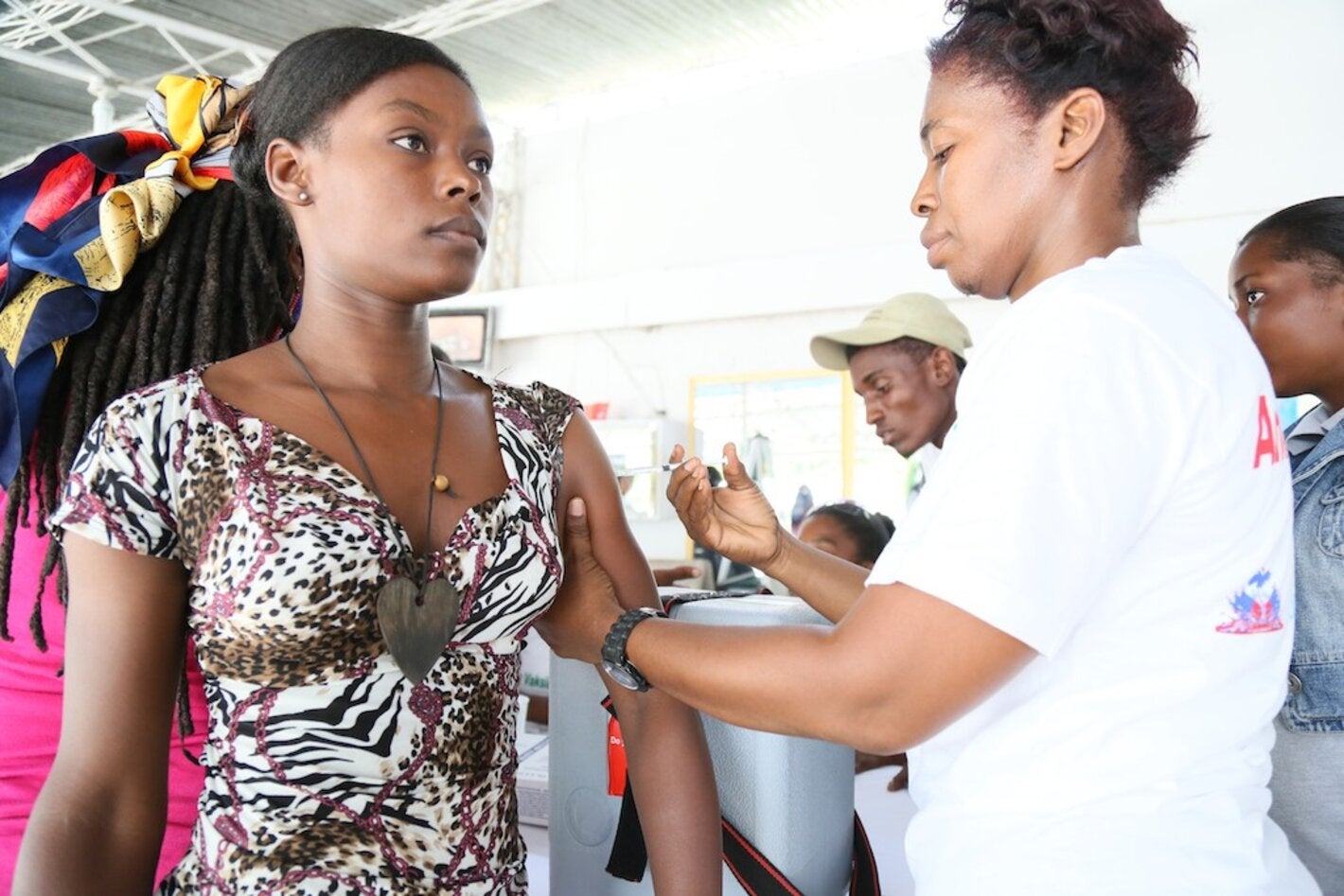 Washington, D.C., September 21, 2017 (PAHO/UNICEF) — The Region of the Americas has eliminated maternal and neonatal tetanus (MNT), a disease that used to be responsible for the deaths of more than 10,000 newborns every year in the Americas.

The elimination of the disease was declared this year in Haiti, which made it possible to reach the regional goal. MNT is the sixth vaccine-preventable disease to be eliminated from the Americas, following the regional eradication of smallpox in 1971, poliomyelitis in 1994, rubella and congenital rubella syndrome in 2015, and measles in 2016.

“The elimination of maternal and neonatal tetanus is proof again that vaccines work to save the lives of countless mothers and babies,” said Carissa F. Etienne, director of the Pan American Health Organization/World Health Organization (PAHO/WHO). “Let us continue to protect the people of our Region by investing in strong national immunization programs that are capable of vaccinating all individuals and quickly identifying vaccine-preventable diseases.”

Unlike other vaccine-preventable diseases, MNT is considered eliminated when there is an annual rate of less than one case of neonatal tetanus per 1,000 live births at the district level. Tetanus cannot be fully eradicated because the bacterium that causes the disease, Clostridium tetani, exists throughout the environment in soil and the feces of many different animals.

Before widespread modern vaccination against MNT began in the 1970s, neonatal tetanus was responsible for the deaths of more than 10,000 newborns every year in the Americas – a number considered low by experts due to severe underreporting of cases. According to data from WHO, neonatal tetanus killed about 34,000 newborn children in 2015, a 96% reduction from 1988, when an estimated 787,000 newborn babies died of tetanus within their first month of life.

Neonatal tetanus generally occurs when a newborn’s unhealed umbilical stump is infected with the C. tetani bacterium, particularly when the instrument used to cut the umbilical cord is unsterile, when the surface the baby is born on is unclean, when the hands used to deliver the baby are unclean, or when harmful traditional substances are applied to the umbilical stump. It is often fatal because paralysis prohibits breathing and breastfeeding. It is prevented by immunizing pregnant women against tetanus using the dT or TT vaccine and ensuring clean delivery and post-delivery practices.

Recent progress in global elimination has led to 43 countries, including Haiti, eliminating MNT between 2000 and June 2017. There are 16 countries worldwide that have yet to eliminate the disease.

“Children and their mothers are the most precious treasure that the Americas have. Nurturing their health and their perspective to thrive is the best bet that we as organizations, and we as human community have to building a bright future,” emphasized Maria Cristina Perceval, UNICEF Regional Director for Latin America and the Caribbean.

Path to elimination in the Americas

In 1989, the World Health Assembly adopted a resolution calling for the elimination of neonatal tetanus throughout the world by 1995; the resolution was then endorsed by PAHO Member States during the Directing Council the same year.

Most countries of the Region were able to eliminate MNT by the early 2000s. Starting in 2003, special efforts were made in Haiti to achieve MNT elimination. The country vaccinated all women of reproductive age against tetanus, regardless of whether they were previously vaccinated. Pregnant women were also vaccinated against the disease as part of the routine schedule. Furthermore, neonatal tetanus surveillance was incorporated with surveillance for other vaccine-preventable diseases like measles, rubella, polio, diphtheria, and pertussis. Additionally, the country focused on increasing the number of clean births and deliveries and practicing proper umbilical care.

Following field visits in Haiti in June 2016, experts determined that MNT elimination could be possible in the country. To confirm, a survey was carried out in the South Department, which was considered to have the highest risk of MNT, to determine how many neonatal deaths were due to tetanus in a one-year period. As no neonatal death due to tetanus was found during the survey, MNT was considered eliminated.

In order to maintain MNT elimination, Haiti has developed a plan with seven lines of action:

PAHO is encouraging all countries in the Region to strengthen their efforts to maintain coverage of maternal immunization against tetanus at the recommended 95%, as several have fallen short of this goal during recent years.

“Because tetanus can never be eradicated, a single case of newborn tetanus in the Americas could still happen," said Cuauhtemoc Ruiz, head of PAHO’s Comprehensive Family Immunization Program. “In this case, countries should carry out a thorough evaluation to determine how the case could have been averted in order to prevent new cases.”

Key partners involved in in the effort to eliminate MNT at the Regional level include the ministries of health of PAHO/WHO’s Member States, the CDC, and the Brazilian government. In Haiti, UNICEF collaborated with the Government of Canada, UNFPA, WHO, UNICEF National Committees, and the private sector for MNT elimination efforts.