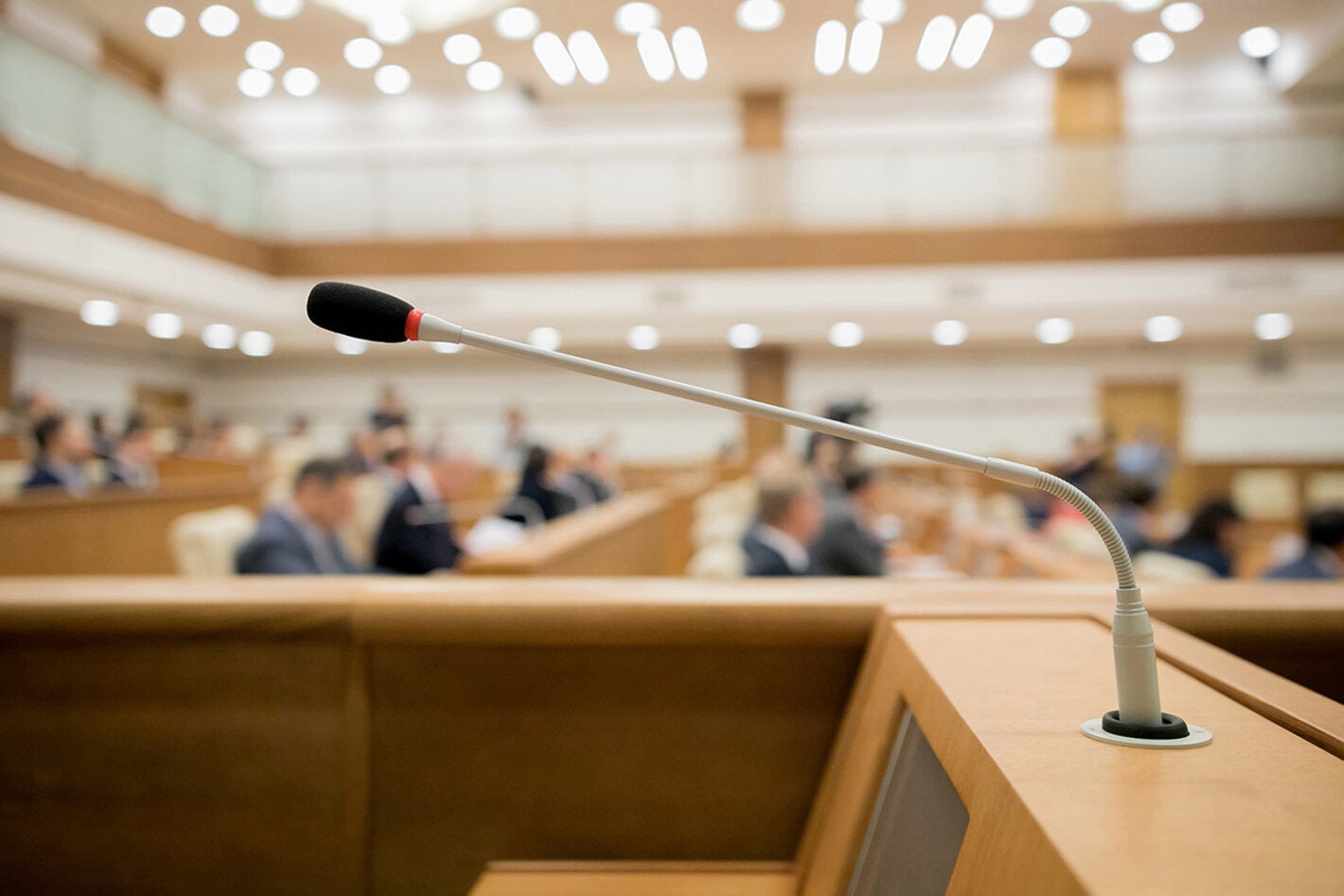 The first resolution requires Member States to take steps to implement the Declaration de Astana, which was adopted at the 2018 Global Conference on Primary Health Care.

It recognizes the key role that primary health care plays in ensuring that countries are able to provide the full range of health services a person needs throughout their life, whether disease prevention or treatment, rehabilitation, or palliative care. Primary health care means that the countries have quality, integrated health systems and empowered individuals and communities, and that they involve a wide range of sectors to address the social, economic, and environmental determinants of health.

The resolution calls on the WHO Secretariat to increase its support to Member States in this area. WHO must also finalize its Operational Framework for Primary Health Care in time for next year’s World Health Assembly. WHO and other stakeholders are tasked with helping the countries implement the Declaration of Astana and mobilize resources to build strong and sustainable primary health care systems.

The second resolution recognizes the contribution made by community health workers in achieving universal health coverage, responding to health emergencies, and promoting healthier populations. It urges the countries and partners to use WHO’s guideline on health policy and system support to optimize community health worker programs, and to allocate sufficient resources. At the same time, the WHO Secretariat is asked to collect and evaluate data, monitor implementation of the guideline, and provide support to Member States.

Community health workers play a key role in delivering primary health care: they speak the local languages and are trusted by the local people. They need to be well trained, effectively supervised, and properly recognized for the work they do as part of multidisciplinary teams. Investing in community health workers creates significant job opportunities, especially for women.

The last resolution on universal coverage endorsed by the delegates supports preparation for the UN General High-Level Meeting on Universal Health Coverage in September 2019. The resolution calls on Member States to accelerate progress towards universal health coverage with a focus on poor, vulnerable and marginalized individuals and groups.

The UN high-level meeting will call for the involvement of governments to coordinate the work required across all sectors to achieve universal health coverage. The delegates identified key priorities such as health financing, building sustainable, resilient and people-centered health systems, and strengthening health workforces. They also emphasized the importance of investing in and strengthening primary health care.

Algeria and Argentina have been officially recognized by the World Health Organization  (WHO) as malaria-free. This certification is granted when a country proves that the  indigenous transmission of the disease has been interrupted for at least three consecutive years. 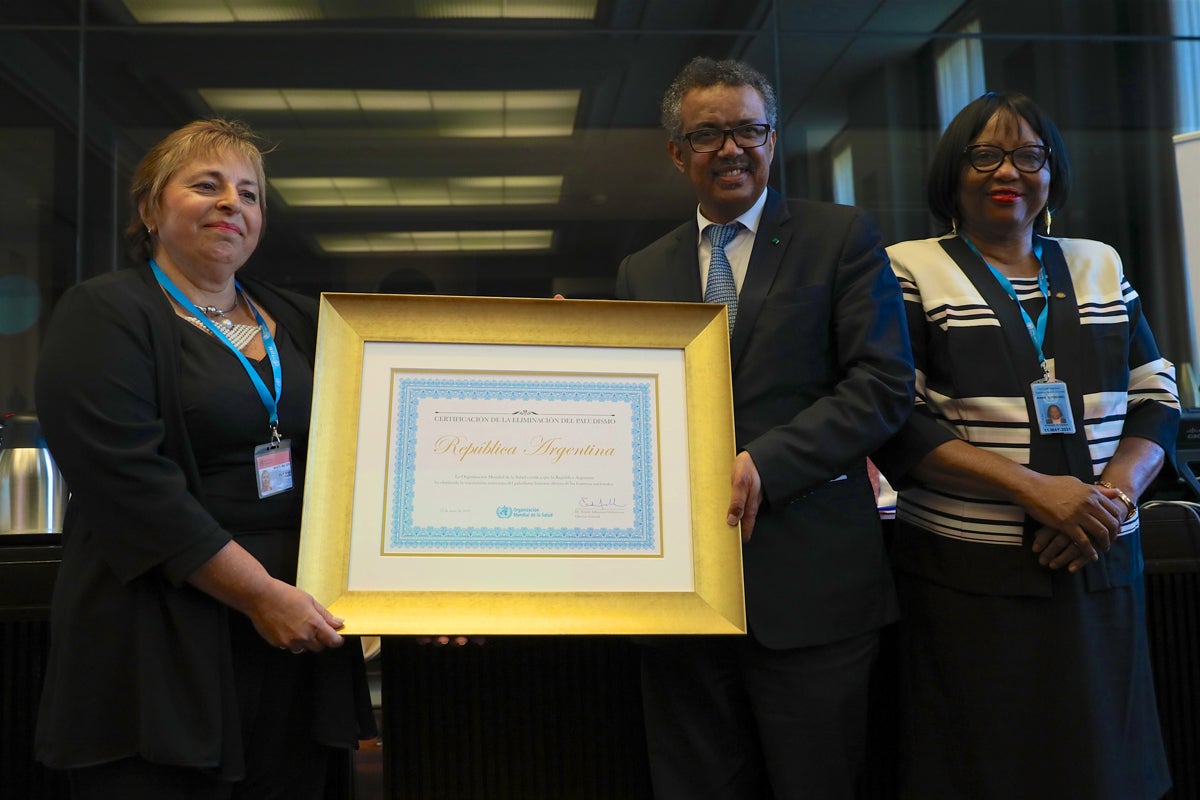 Today, WHO Director-General Dr. Tedros Adhanom Ghebreyesus presented the certificate to representatives of the governments of Algeria and Argentina during an event held in connection with the 72nd session of the World Health Assembly.

The Director of the Pan American Health Organization, Carissa F. Etienne, said that “today is an important day in the fight against malaria in the Region of the Americas. Argentina is receiving its rightful recognition as a malaria-free country, after years of hard work and sustained commitment.” She congratulated the country and said that it will serve as an example for the Region.

Argentina is the second country in the WHO Region of the Americas to be certified in 45 years, after Paraguay, which was certified in 2018.

For more information
Watch the complete ceremony by selecting this link
Interview with the Argentina’s Minister of Health, Adolfo Rubinstein

Countries discuss how to boost confidence in vaccines

Delegations from the countries attending the 72nd World Health Assembly shared experiences and ideas on how to build confidence in vaccines and step up global immunization efforts to preserve the health of all generations. This side event was organized by the United States, Brazil, Canada, Colombia, and other countries. 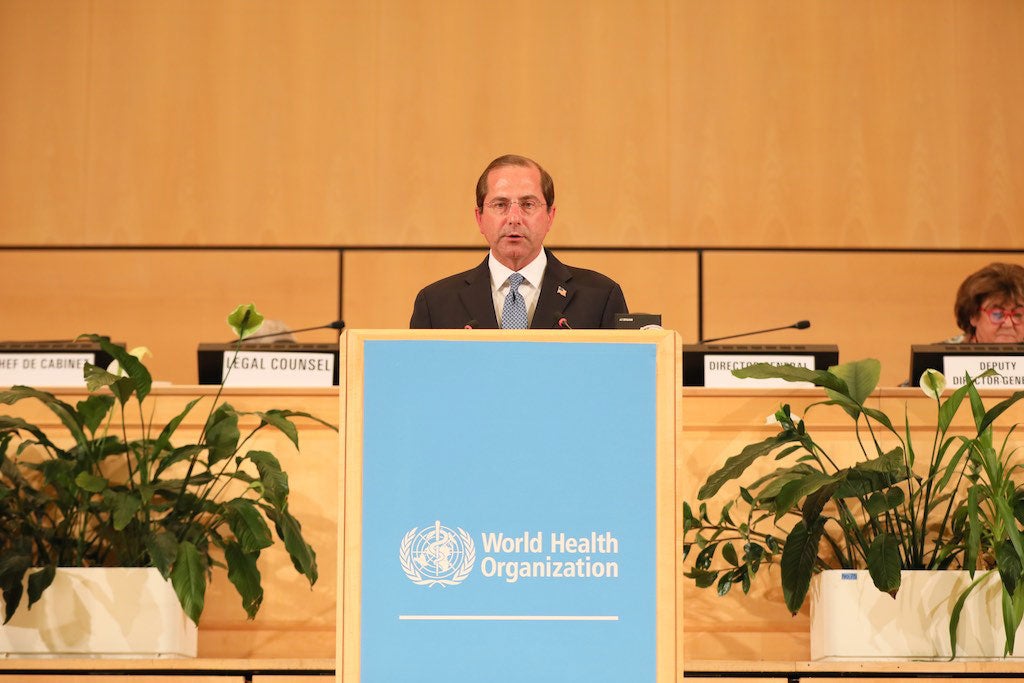 The Secretary of Health and Human Services of the United States, Alex Azar, said that around the world, complacency, misunderstanding and misinformation is causing vaccination rates to decline, with tragic results, despite the fact that vaccines are safe and life-saving.

Brazil’s Minister of Health, Luiz Henrique Mandetta, reiterated Brazil’s commitment to achieving high vaccination coverage and restoring confidence in vaccines. “Vaccines could be our meeting ground when we talk about universal health coverage. It’s a topic that we can agree on. Vaccines should be universal,” Mandetta stressed.

Canada’s Chief Public Health Officer, Theresa Tam, explained that they have been continuously monitoring the misleading or false information on vaccination that comes out on the Internet, and that there is a plethora of websites of unknown origin with this type of content.  In conjunction other agencies such as WHO, they have started working with social network platforms such as Twitter and Facebook to coordinate ways to counteract or even remove this type of misleading information.

The Health Ministers of Colombia, Ecuador, Peru, and Panama acknowledged the challenge that migration poses to their health systems, and emphasized their commitment to a humane and collective response to migrants. The ministers were speaking at a side event of the 72nd World Health Assembly, which is continuing until 28 May in Geneva.

“We believe that every challenge presents an opportunity and we hope that this will be true now, that it will lead to greater institutional development, learning, and incorporation of best practices that will improve the performance of the system and make it more resilient, while affording greater regional and global integration”

Colombia’s Minister of Health, Juan Pablo Uribe, recognized the work and commitment of Ecuador, Peru, and Panama in addressing and providing a regional response to the migration problem. Uribe reported that Colombia has received more than 1.3 million migrants in 18 months, which poses a major challenge in terms of epidemiology, finance, and the sustainability of universal health coverage. He reported that the country has provided outpatient and emergency services to the migrant population 2.1 million times during that period.

“We believe that every challenge presents an opportunity and we hope that this will be true now, that it will lead to greater institutional development, learning, and incorporation of best practices that will improve the performance of the system and make it more resilient, while affording greater regional and global integration,” Uribe said. He also reiterated Colombia’s commitment to a “humane and collective response,” as well as an open border policy.

“health is a human right and an undeniable and inalienable principle that can in no circumstances be taken away or be contingent on migratory status.

Ecuador’s Minister of Health, Verónica Espinosa, also recognized the challenge involved in unexpected population flows. She said that one million people have passed through Ecuador, and thousands have stayed. She explained that the amount of care provided to migrants has doubled, but asked attendees to see the human faces behind the numbers.

She affirmed that “health is a human right and an undeniable and inalienable principle that can in no circumstances be taken away or be contingent on migratory status.”

Espinosa emphasized that the protection of human rights has no borders. “Guaranteeing the right to health to migrants is entirely consistent with the law in this country. To us, health is not a commodity, it’s a human right,” she added.

The ministers agreed that vaccination and health care in border zones has been a priority, and that bilateral and multilateral cooperation must become a strategic catalyst for ensuring coverage universal in the context of migration.

According to Peru’s Minister of Health Zulema Tomás Gonzales, Peru has received more than 760,000 migrants. She said the country has an open-door policy and has focused on the protection of all children under 5, pregnant mothers, and patients with tuberculosis and HIV. She also stressed the need for international and financial organizations to provide aid to the countries that are receiving migrants, in light of what she considers “a shared responsibility.”

Miguel Mayo, Minister of Health of Panama, stated that migrants deserve “humane treatment and to feel at home in each of our countries.” He also said that “strengthening regional efforts is urgent, so that we can optimize resources and not duplicate services.”