Since the beginning of the HIV epidemic, the Region of the Americas has contributed with a public health and human rights approach to the global response to HIV. In September 2016, Member States of the Pan American Health Organization approved the Plan of Action for the Prevention and Control of HIV and Sexually Transmitted Infections 2016 -2021. This Plan aims to promote an accelerated, focused, more effective, innovative and sustainable response, paving the way towards the goal of ending the epidemics of AIDS and STIs as public health problems in the Region of the Americas by 2030.

The 69th World Health Assembly endorsed the Global Health Sector Strategy on HIV for 2016-2021. The strategy includes five strategic directions that guide priority actions by countries and by WHO over the next six years.

The strategic directions are:

In the Americas, countries have also endorsed the Plan of Action for the Prevention and Control of HIV and Sexually Transmitted Infections 2016-2021 to help accelerate the progress towards the end of AIDS and STI epidemics as public health problems by 2030 in the Region of the Americas. The goals of the regional Plan of Action are to reduce the incidence of new HIV infections, AIDS-related mortality, and STI-related complications. The Plan also integrates the goals of the previous Regional Strategy and Plan of Action for the Elimination of Mother-to-Child Transmission of HIV and Congenital Syphilis, reducing the rate of mother-to-child transmission of HIV and congenital syphilis to elimination levels. 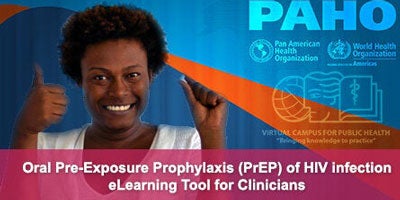 The Human Immunodeficiency Virus (HIV) targets the immune system and weakens people's defense systems against infections and some types of cancer. As the virus destroys and impairs the function of immune cells, infected individuals gradually become immunodeficient. Immune function is typically measured by CD4 cell count.

Immunodeficiency results in increased susceptibility to a wide range of infections, cancers and other diseases that people with healthy immune systems can fight off. The most advanced stage of HIV infection is Acquired Immunodeficiency Syndrome (AIDS), which can take from 2 to 15 years to develop depending on the individual. AIDS is defined by the development of certain cancers, infections, or other severe clinical manifestations.

The symptoms of HIV vary depending on the stage of infection. Though people living with HIV tend to be most infectious in the first few months, many are unaware of their status until later stages. The first few weeks after initial infection, individuals may experience no symptoms or an influenza-like illness including fever, headache, rash, or sore throat.

As the infection progressively weakens the immune system, an individual can develop other signs and symptoms, such as swollen lymph nodes, weight loss, fever, diarrhea and cough. Without treatment, they could also develop severe illnesses such as tuberculosis, cryptococcal meningitis, severe bacterial infections and cancers such as lymphomas and Kaposi's sarcoma, among others.

HIV can be transmitted via the exchange of a variety of body fluids from infected individuals, such as blood, breast milk, semen and vaginal secretions. Individuals cannot become infected through ordinary day-to-day contact such as kissing, hugging, shaking hands, or sharing personal objects, food or water.

Behaviors and conditions that put individuals at greater risk of contracting HIV include:

Serological tests, such as rapid diagnostic tests (RDTs) or enzyme immunoassays (EIAs), detect the presence or absence of antibodies to HIV-1/2 and/or HIV p24 antigen. No single HIV test can provide an HIV-positive diagnosis. It is important that these tests are used in combination and in a specific order that has been validated and is based on HIV prevalence of the population being tested. HIV infection can be detected with great accuracy, using WHO prequalified tests within a validated approach.

It is important to note that serological tests detect antibodies produced by an individual as part of their immune system to fight off foreign pathogens, rather than direct detection of HIV itself. Most individuals develop antibodies to HIV within 21 days of infection, during the so-called window period. This early period of infection represents the time of greatest infectivity; however, HIV transmission can occur during all stages of the infection. No currently available serological or virological assay can detect any marker of HIV with less than 10 days of infection.

It is best practice to also retest all people initially diagnosed as HIV-positive before they enroll in care and/or treatment to rule out any potential testing or reporting error. Notably, once a person diagnosed with HIV and has started treatment they should not be retested.

Testing and diagnosis of HIV-exposed infants has been a challenge. For infants and children less than 18 months of age, serological testing is not sufficient to identify HIV infection – virological testing must be provided (at 6 weeks of age, or as early as birth) to detect the presence of the virus in infants born to mothers living with HIV.

However, new technologies are now available to perform the test at the point of care and enable return of the result on the same day to accelerate appropriate linkage and treatment initiation.

Individuals can reduce the risk of HIV infection by limiting exposure to risk factors. However, besides reducing risk-taking behaviors, the prevention of HIV and other STIs also depend on the level of vulnerability of individual and communities.

In the context of HIV/AIDS, prevention is a result the interaction of:
(i) personal aspects;
(ii) the quality and coverage of health services, including those aimed at prevention, care, social support and impact-alleviation; and
(iii) interpersonal, societal and environmental factors, including gender and social inequities across different contexts and cultures.

Antiretroviral therapy (ART) is treatment of people infected with human immunodeficiency virus (HIV) using anti-HIV drugs. The standard treatment consists of a combination of drugs (often called "highly active antiretroviral therapy" or HAART) that suppress HIV replication. The combination of drugs is used in order to increase potency and reduce the likelihood of the virus developing resistance. ART reduces mortality and morbidity rates among HIV-infected people, and improves their quality of life. The benefits of ART also include the prevention of HIV transmission by suppressing HIV replication in persons living with the virus. This benefit of ART is also defined as “undetectable equal untransmittable” , or U=U. 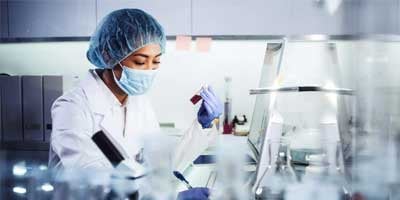 Six institutions from Argentina, Brazil, Haiti, México and Perú will receive research grants for topics related to Tuberculosis and other... 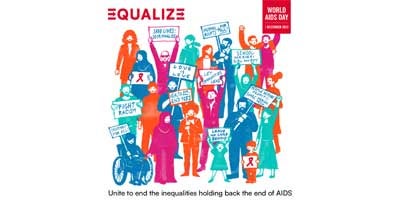 December 1. The “Equalize” slogan is a call to action. It is a prompt for all of us to work for the proven practical actions needed... 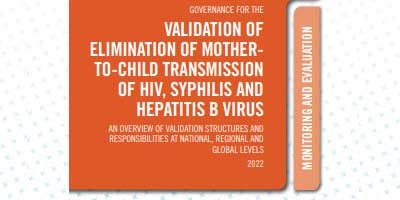 Governance for the validation of elimination of mother-to-child transmission of HIV, syphilis and hepatitis B virus: an overview of validation structures and responsibilities at national, regional and global levels 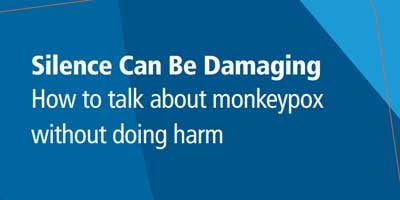 Silence can be damaging. How to talk about monkeypox without doing harm

In the face of diseases that are transmitted by close contact, silence or inadequate or inaccurate communication encourages a group of people to be blamed and held responsible 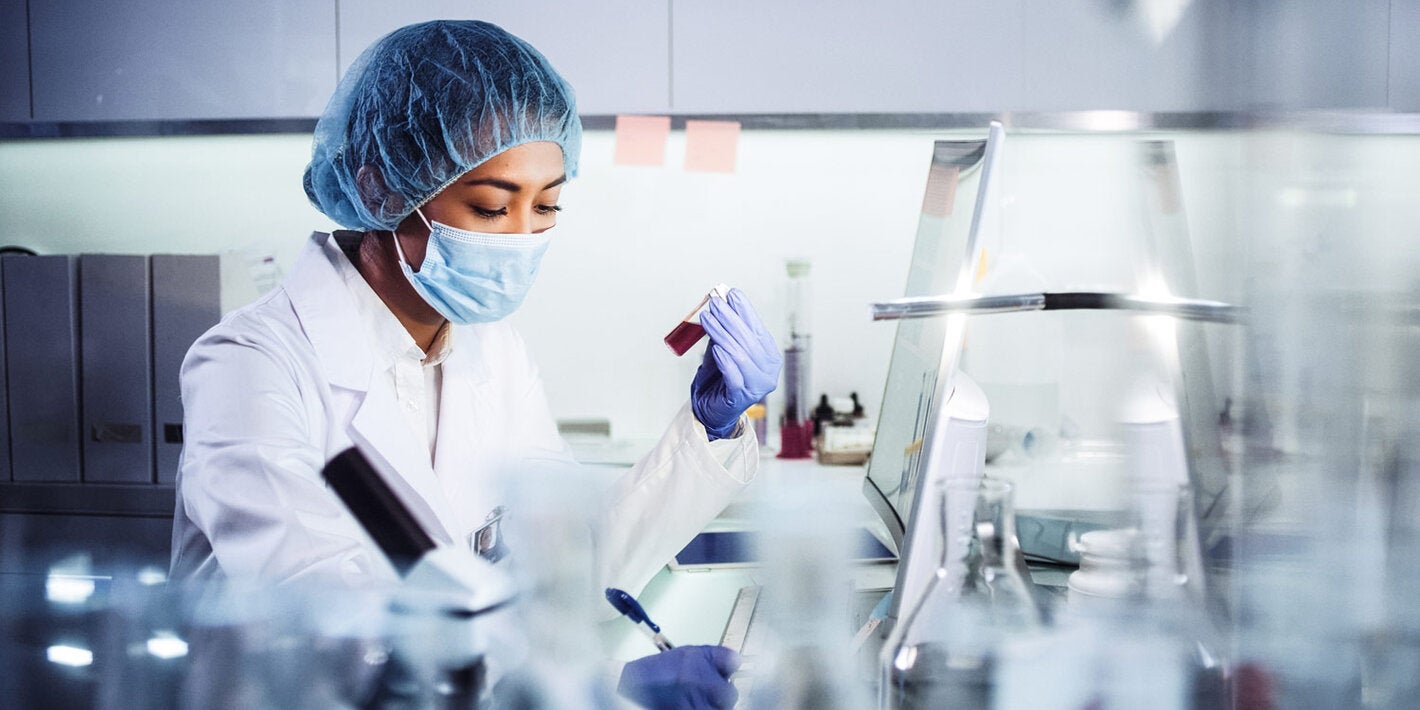 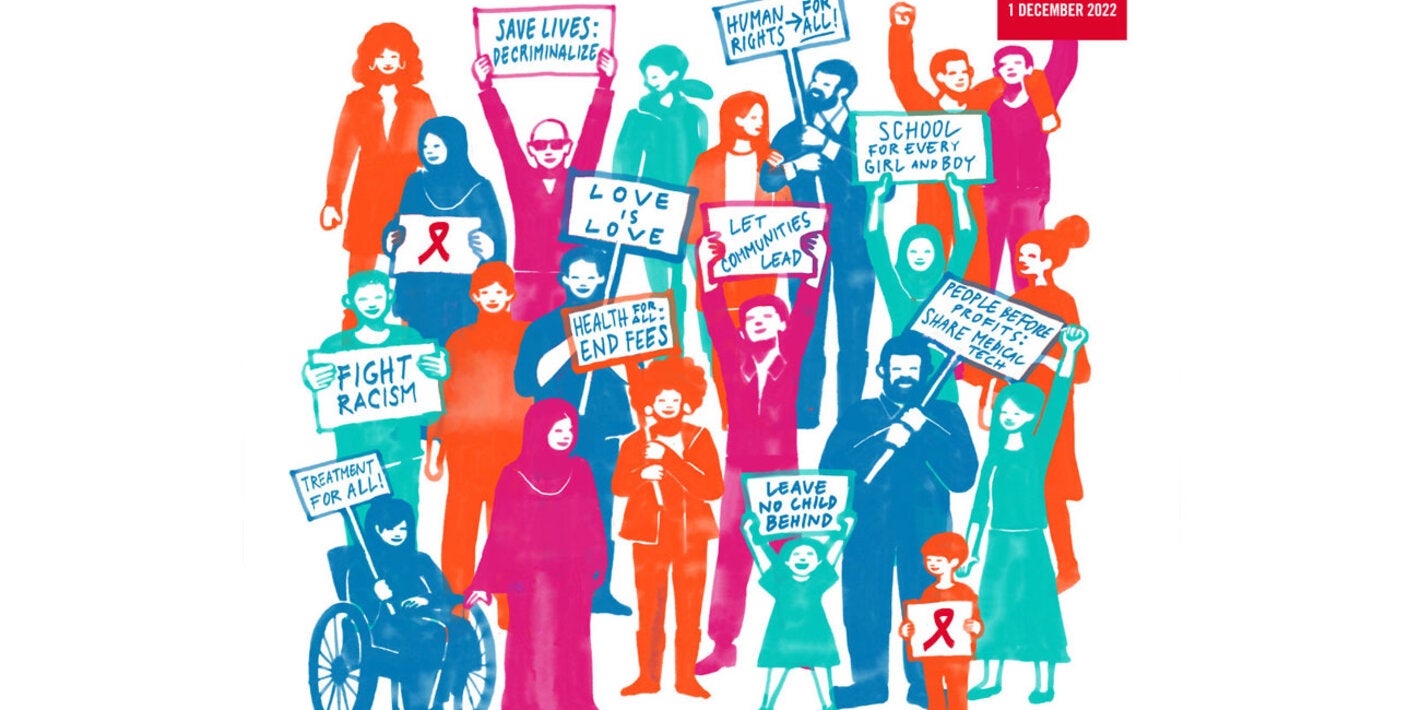 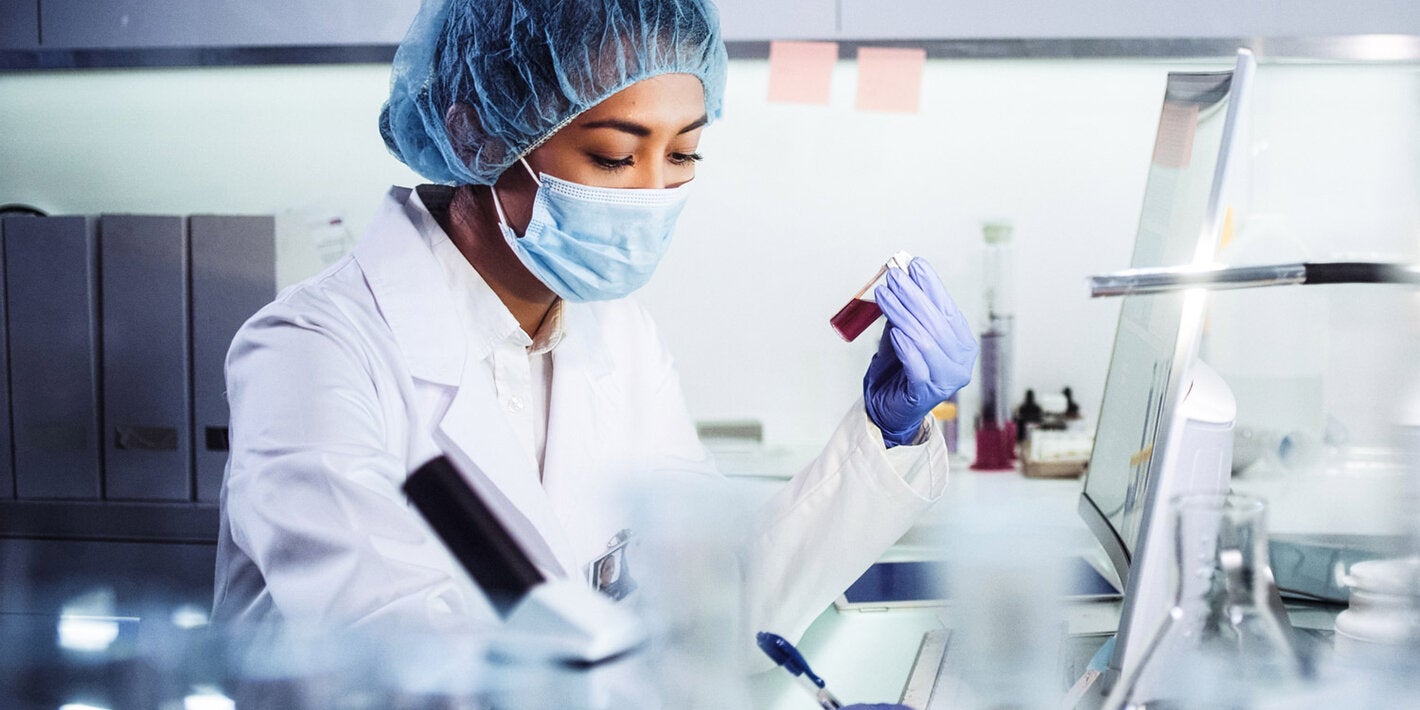 4 Aug 2022
HIV/AIDS: 40 years tackling an epidemic that has marked humanity 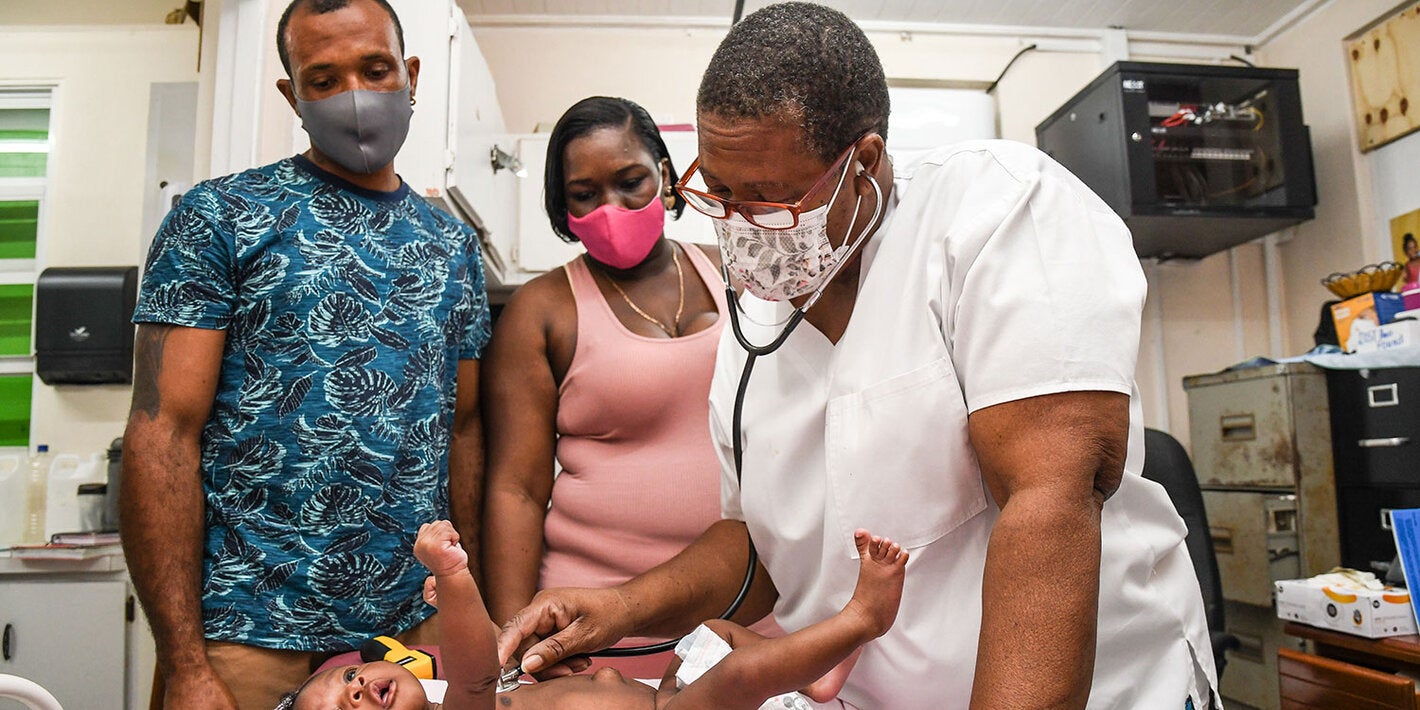 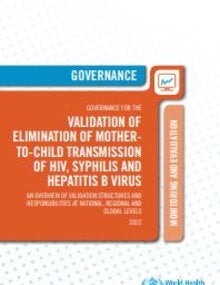 4 Nov 2022
Governance for the validation of elimination of mother-to-child transmission of HIV, syphilis and hepatitis B virus: an overview of validation structures and responsibilities at national, regional and global levels 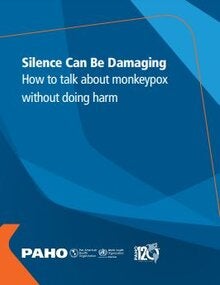 5 Oct 2022
Silence can be damaging. How to talk about monkeypox without doing harm 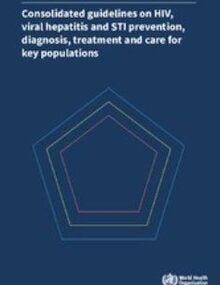 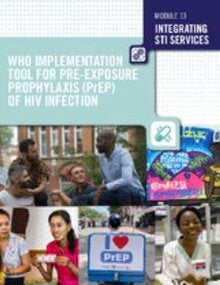 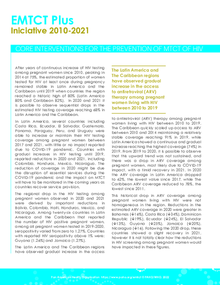 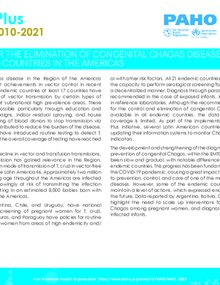 1 Dec 2022
Fact Sheet: EMTCT PLUS Initiative 2011-2021. Efforts for the Elimination of Congenital Chagas Disease in selected countries in the Americas 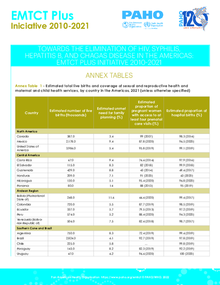 1 Dec 2022
Fact Sheet: EMTCT PLUS Initiative 2011-2021. Towards the Elimination of HIV, Syphilis, Hepatitis B, and Chagas Disease in the Americas 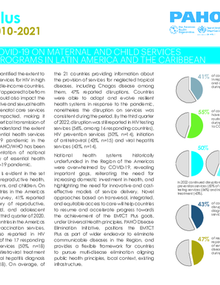 1 Dec 2022
Fact Sheet: EMTCT PLUS Initiative 2011-2021. Impact of COVID on Maternal and Child Services and EMTCT Programs in Latin America and in the Caribbean
END_OF_DOCUMENT_TOKEN_TO_BE_REPLACED 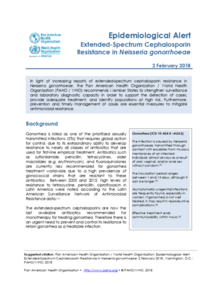 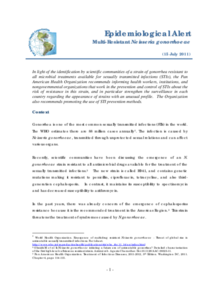 1 Aug 2019
CD57/7 - PAHO Disease Elimination Initiative: A Policy for an Integrated Sustainable Approach to Communicable Diseases in the Americas 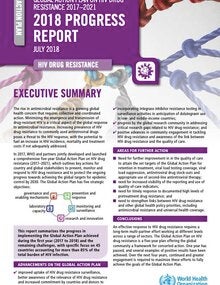 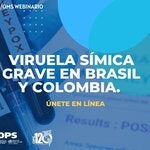 Management of Severe Monkeypox in Brazil and Colombia
18 Nov 2022

Accepting applications: Operational research to support the elimination of communicable diseases in the Latin America and Caribbean Region 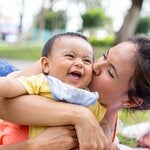 Virtual Workshop: The response to human T-cell lymphotropic virus (HTLV) in the framework of Maternal and Child Health
18 Aug 2022
END_OF_DOCUMENT_TOKEN_TO_BE_REPLACED