Following its elimination in four of the six affected countries in Latin America, all that is left to be done is to eradicate the disease from the border of Brazil and Venezuela, a hard-to-reach area inhabited by the Yanomami community.

Washington, DC, 24 July 2018 (PAHO/WHO) - Onchocerciasis or "river blindness" is a parasitic disease that affects the skin and eyes and, if left untreated, can cause blindness. The territory inhabited by the Yanomami indigenous community in Latin America is the disease's final frontier.

It is estimated that in the late 1980's around 500,000 people in Brazil, Colombia, Ecuador, Guatemala, Mexico and Venezuela were at risk of this disease, which is transmitted through the bit of infected black flies that breed in fast-flowing rivers and streams.

In 1991, the Pan American Health Organization's (PAHO) Member States committed to interrupt the transmission of onchocerciasis. Following sustained efforts, Guatemala, Colombia, Ecuador and Mexico all achieved elimination between 2013 and 2016.

Since then, efforts have been focused on eliminating "river blindness" in the last affected territory: a hard-to-reach area in the depth of the Amazon rainforest. The area is inhabited by indigenous Yanomami and Ye'Kuana populations that do not speak either Portuguese or Spanish and have a very different view of the world.

"We are currently in the pre-elimination stage," said Joao Batista, Brazilian Program Manager for the Elimination of Onchocerciasis. "Results of parasitological and entomological examinations reveal a very low level of permanence of the infection, " he added.

In order to accelerate elimination, professionals from the Brazilian Ministry of Health travel to the affected communities between 2 and 4 times each year in order to administer antiparasitic treatment to more than 26,000 people, an initiative which began 8 years ago. The aim is to treat 85% of the population living in the endemic area for 10 to 15 years. 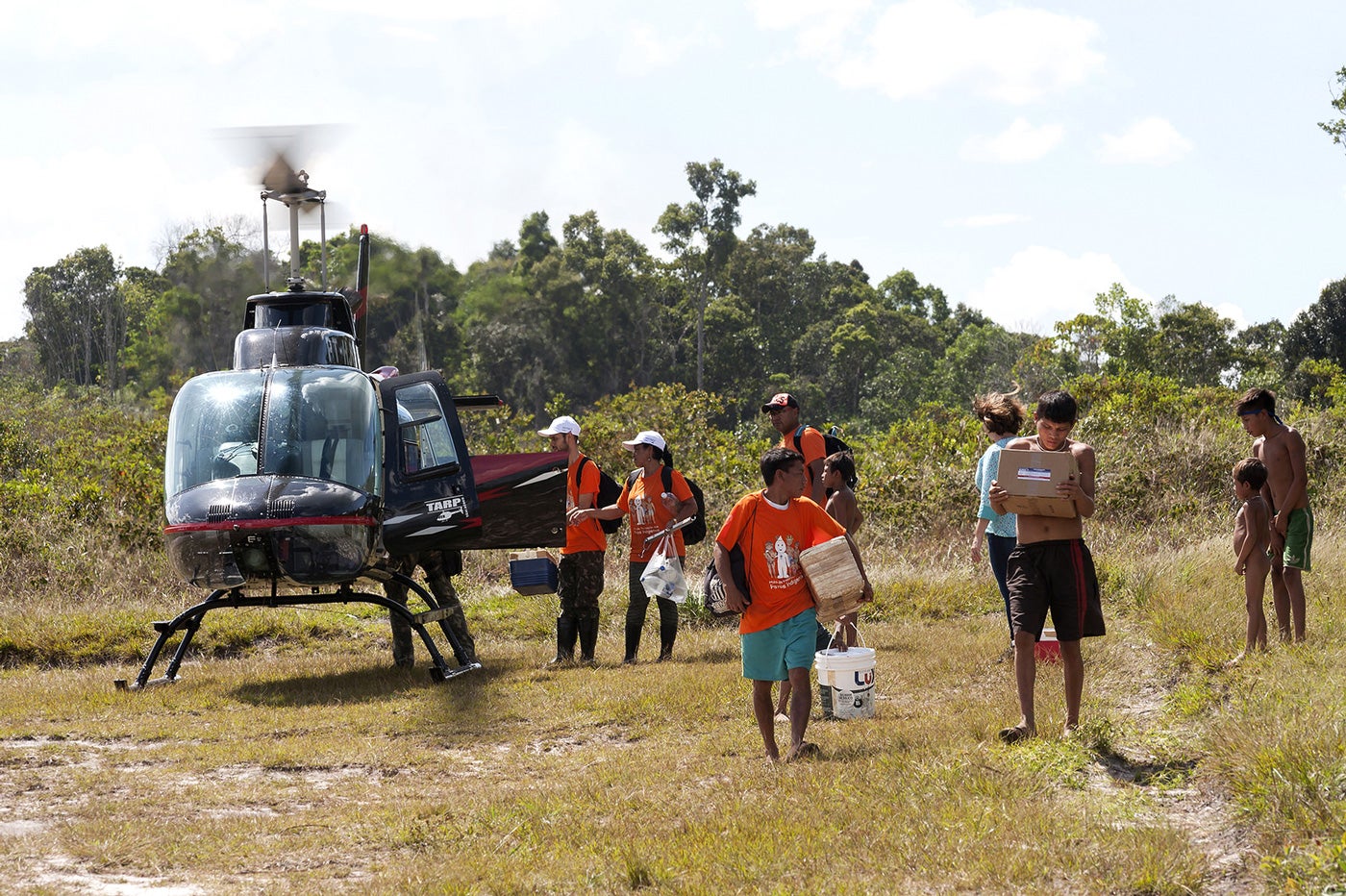 In flight hours alone, this initiative costs the country around 26 million reals each year (equivalent to 6.7 million US dollars). "Without these flight hours, we would not be able to carry out health actions in the area," said Rosiclair de Jesus Oliveira, Coordinator of the Yanomami Special Indigenous Sanitary District. The cost of attending the Yanomami districts is one of the largest in Brazil.

As part of the elimination strategy, and as well as treating all patients, health workers look out for signs of ocular or skin disease, implement awareness campaigns, and collect fly samples to test for the parasite that transmits the disease. 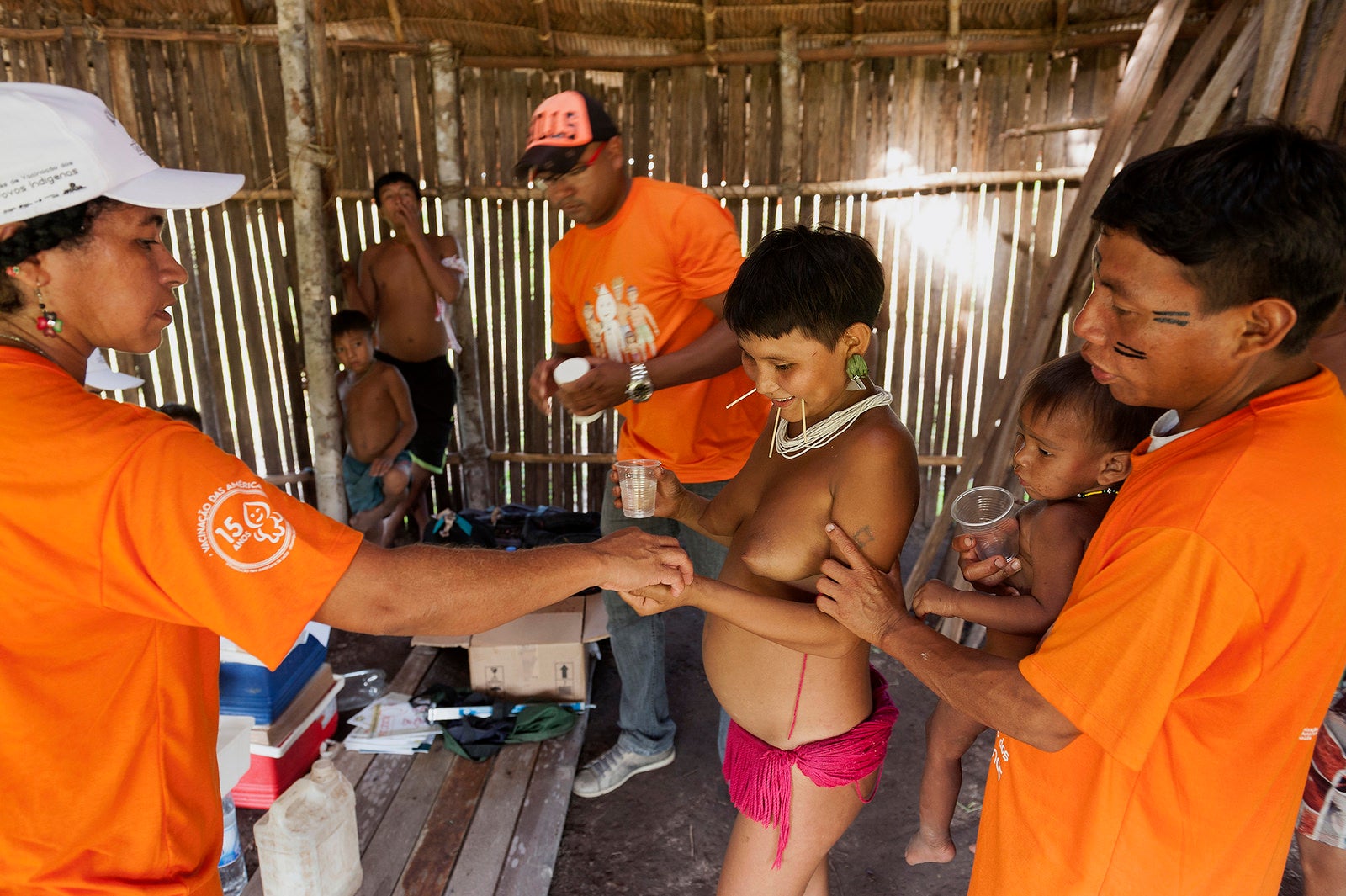 Indigenous health agents are vital because they accompany the Yanomami as they move about their territory, which allows us to provide better care.

In order to overcome the cultural and linguistic barriers, Brazil's Special Secretariat for Indigenous Health (SESAI) appointed indigenous health agents - people from the community who are able to bridge the gap between traditional healthcare and the state healthcare systems.

"Indigenous health agents are vital because they accompany the Yanomami as they move about their territory, which allows us to provide better care," said Marco Antonio Toccolini, the Brazilian Ministry of Health's Special Secretary for Indigenous Health.

"The health team spends 30 days in the field and works in various areas including women's health, children's health, immunization and the elimination of diseases such as onchocerciasis," explained Joao Luiz Araujo, Program Consultant for Brazilian Onchocerciasis Elimination.

The indigenous health workers provide care in the Yanomami community's language and raise awareness about the disease, how to prevent it, what signs to look out for, and available treatment.

"I spend a lot of time talking to people in the community and explaining that medicines are available to prevent onchocerciasis," said Quilvio Crau Yanomami, an indigenous health agent in the Yanomami District. "I also look out for people who are not yet taking the necessary medication."

The Program for the Elimination of Onchocerciasis in the Americas (OEPA), led by the Carter Center, the Oswaldo Cruz Foundation, the Merck company (which donates the drugs) and PAHO/WHO, among other partners, provides country-level support to achieve elimination, something which is estimated to occur by 2022.

Once elimination has been achieved in this last area, the entire Americas region will be free from a disease which has threatened the vision of some of its most vulnerable populations, particularly indigenous populations. Putting an end to onchocerciasis will help to ensure that no one is left behind on the journey towards sustainable development. 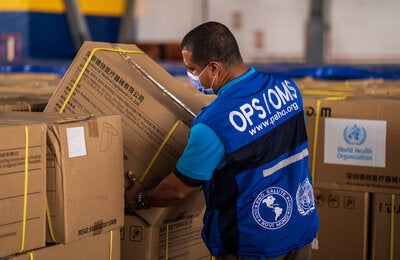 Global Citizen, PAHO and Sony Music Latin artists renew their commitment to campaign against COVID-19 in the Americas
15 Jun 2021
END_OF_DOCUMENT_TOKEN_TO_BE_REPLACED