Guatemala is advancing toward trachoma elimination 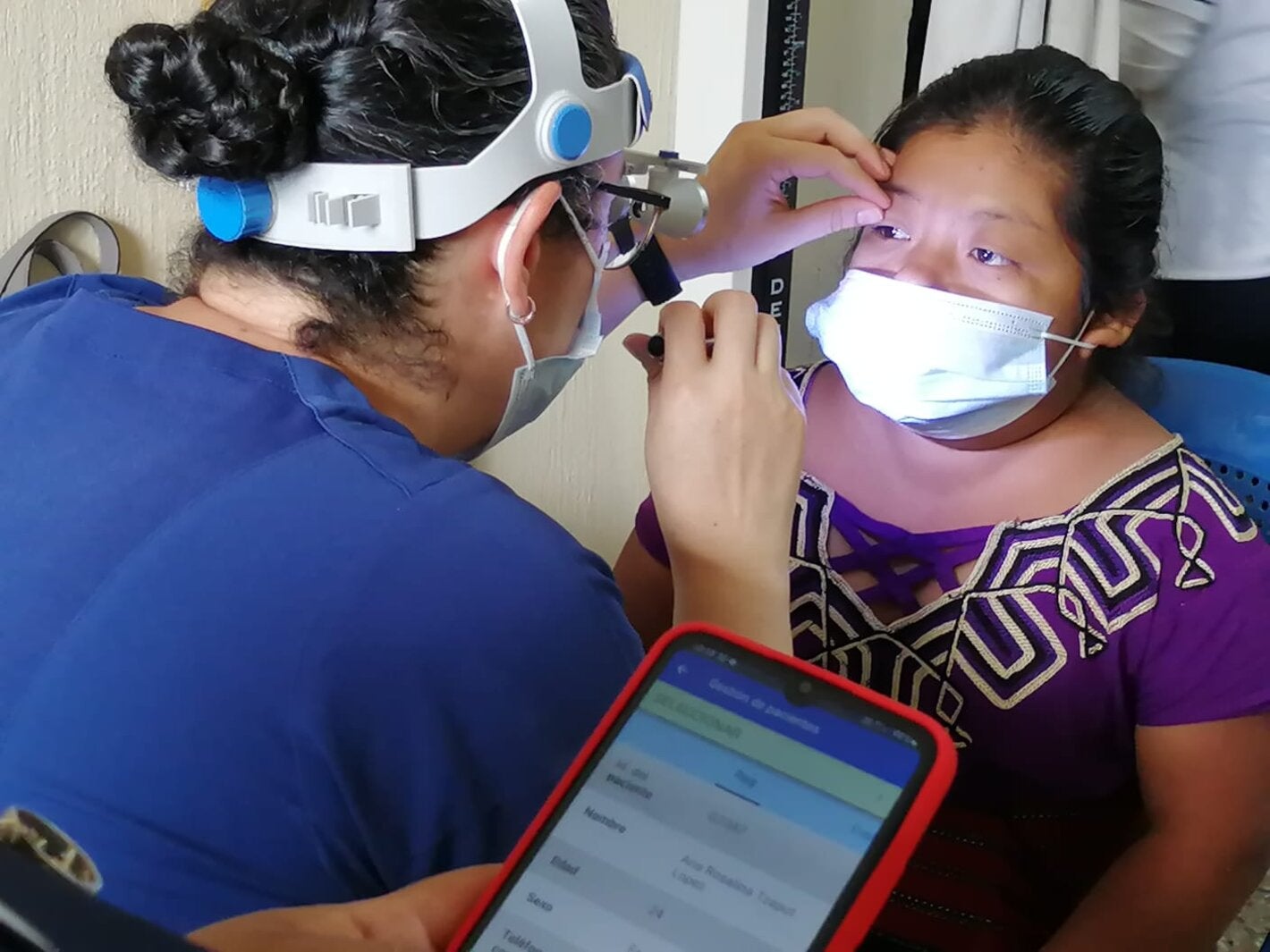 The Ministry of Public Health and Social Assistance of Guatemala (MPHSA), in partnership with the Pan American Health Organization (PAHO), carried out from May 7 to 28 of 2022 a health campaign to operate people affected by trachoma in Sololá to reduce the progression to visual impairment and eventual blindness.

The campaign benefited 212 people from the districts of Guineales and Xejuyup in the department of Sololá. Forty-five cases of trachomatous trichiasis were identified and 30 cases were operated on. Additionally, other eye diseases such as cataracts, pterygium, and refractive defects were identified, patients who will be referred to receive integrated visual health care. This campaign was conducted by Guatemalan oculoplastic ophthalmologist surgeons trained and supervised by specialists from the Instituto Barraque de America of Colombia with experience in the surgical management of trachomatous trichiasis.

With the support of Sightsavers, a non-governmental organization that works with partners in developing countries to treat and prevent blindness, the MPHSA used an electronic system called TT Tracker to register suspected cases of trachomatous trichiasis and follow up on them after the surgeries, making Guatemala a pioneer in the use of this type of digital platform in the Region of the Americas. Health personnel from the Guineales and Xejuyup districts, as well as Guatemalan surgeons from Visión Integral and Instituto Panamericano contra la Ceguera in Guatemala City and Ilumina Clínica y Óptica in Sololá were trained in the use of the TT Tracker.

Since 2011, the MPHSA has made efforts to eliminate trachoma as a public health problem by implementing actions in affected populations in 95 communities in the health districts of Guineales and Xejuyup in the Sololá Department. In 2013, it treated 75,000 people with antibiotics to interrupt the transmission of the infection. In addition, it has sustained infection preventive actions through the promotion of facial cleanliness and has operated on people with trachomatous trichiasis (which causes chronic damage to the eye due to the inversion of the eyelashes that rub against the eyeball) to prevent progression to visual impairment and blindness. These actions are part of the national plan for the elimination of neglected infectious diseases.

Guatemala is the country in the Americas that is closest to eliminating trachoma as a public health problem. It is expected that surveys will soon be conducted to determine whether it has managed to reduce the prevalence of a) active infection in children aged 1 to 9 years to less than 5% and b)  trachomatous trichiasis to less than 0.2% in persons aged 15 years and older, and c) to demonstrate that it can detect cases of trichiasis and operate them timely through its primary health care system.

Trachoma is a preventable disease and is the most important infectious cause of blindness in the world. It mainly affects populations living in rural, poor, and remote areas with poor or non-existent access to basic services such as water, sanitation, health, and education, among others. In the Region of the Americas, trachoma represents a public health problem in Brazil, Colombia, Guatemala, and Peru, and it is estimated that in 2021, close to 5 million people were living in areas where interventions are needed to eliminate it.
The World Health Organization (WHO) recommends the implementation of integrated actions to eliminate trachoma through a strategy called SAFE, "surgery, antibiotic treatment, facial cleanliness and environmental improvement", which consists of a package of interventions that includes surgery to treat trachomatous trichiasis, mass administration of antibiotics to eliminate transmission of the infection, facial cleanliness and improved access to basic sanitation and safe water to prevent infection.