Community health workers on the frontline of Haiti’s cholera response

Supported by PAHO, they inform and mobilize communities to prevent and treat cholera, and support surveillance as the cholera situation worsens in the country. The Pan American Health Organization (PAHO) is supporting Haiti’s response to the cholera outbreak, including through the training and deployment of community health workers in the most affected communities in the Port-au-Prince metropolitan area.

Since its resurgence in October, cholera has claimed 202 lives in Haiti, and national authorities are investigating over 11,000 cases to date, with over 900 confirmed.

Communicating how to prevent cholera, treat initial symptoms and where to seek assistance is essential to save lives and is a key pillar in the country’s response. But bringing information to populations in areas beset by civil unrest and urban violence is a challenge. Trust is essential to ensure the information is well received.

PAHO has worked with Haiti’s Ministry of Health and Population to train 300 community health workers to disseminate life-saving information in most affected communities and mobilize communities to prevent cholera and seek early treatment if affected. The effort represents a more personalized approach which complements other outreach activities, such as mass distribution of text messages and daily radio broadcasts. 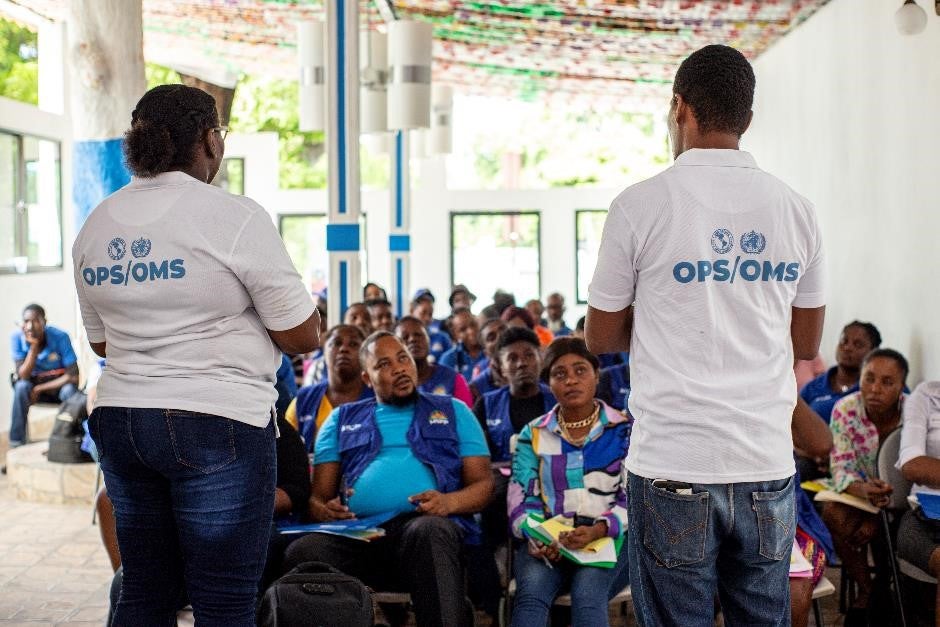 Esterline Dumézil has been working as a community health worker since 2014 and was deployed after the recent training to Cité Soleil – a densely populated community south of Port-of-Prince, which she also calls home.

Her main objective, she says, is to “go house-to-house to inform the population.” Being a local resident, doors – and ears – open more easily: “People in my community regularly talk to me about their health concerns, but also their economic and social problems,'' she says.

She disseminates information about safe water-, sanitation- and hygiene practices (WASH) and how to treat the early symptoms of cholera. "I communicate the importance of using treated water for drinking and cooking at home and encourage hand washing and food safety.”

But community health workers like Esterline also have other important tasks: registering and reporting suspected cases and deaths in the community and referring patients to nearby cholera treatment centers.

Speed is of the essence in the prevention and treatment of cholera, and community health workers are well-placed detect early signals of cholera that in turn enable rapid action. They serve as a trusted bridge between communities, health authorities and partners on the ground.

"When I find a person suffering from diarrhea, regardless of the severity of their symptoms, I refer him or her to treatment immediately to receive the necessary care,” Esterline says. This daily work helps authorities in detecting cholera as early as possible, and to respond quickly and prevent further spread. 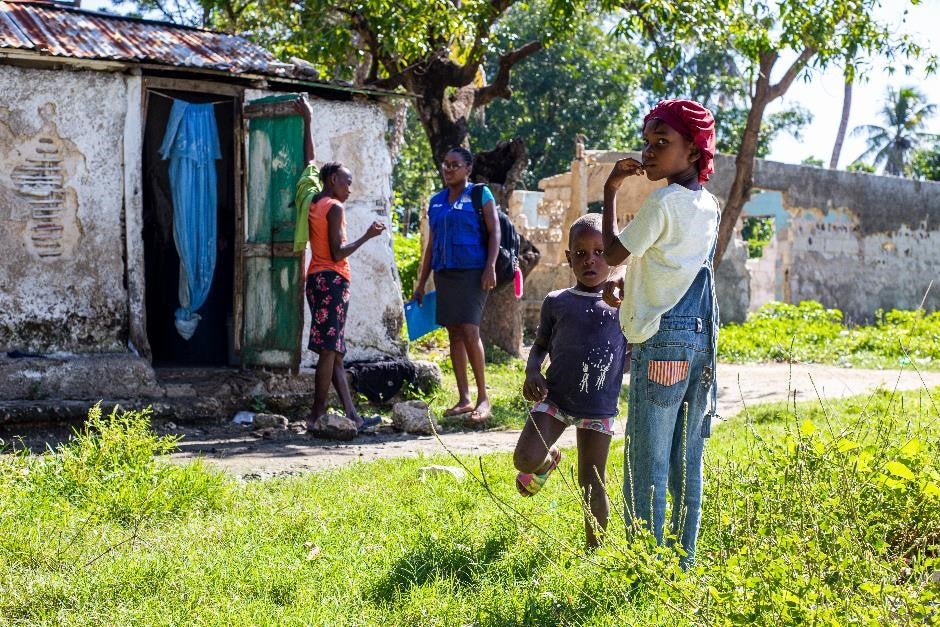 With the financial support from the Central Emergency Response Fund (CERF) and the European Commission's Civil Protection and Humanitarian Aid Operations (ECHO), PAHO and the MSPP are training 300 additional community health workers for deployment in additional communities in the Port-au-Prince metropolitan area.

Since the beginning of the cholera outbreak, PAHO/WHO has been supporting Haiti with medical supplies, as well as in surveillance and laboratory activities, water, hygiene and sanitation measures, case management and risk communications. The organization has provided tents, kits and other medical supplies for the establishment of Cholera Treatment Centers and has facilitated the provision of fuel for health care facilities, among others.