Helping women give birth during the pandemic: the experience of four midwives

Helping women give birth during the pandemic: the experience of four midwives

In Latin America, there about 10 and a half million births each year and an estimated 65,000 midwives. During the COVID-19 pandemic, midwives prepare to do their job with their usual passion, but with enhanced protective measures.

May 5, 2020, Montevideo, Uruguay (PAHO) — Leonor Andino never imagined that she would ever provide care to pregnant women and newborns during a pandemic. At the age of 5, she drew herself in a white apron and a robe with a red cross and surrounded by guaguas (babies). Time passed, and when she turned 17, she began her midwifery studies. Day after day, she got increasingly excited about the profession she had chosen, especially when she witnessed deliveries. She still remembers the day she attended her first childbirth.

I was so interested that I stayed to watch six deliveries in a row. Soon afterwards I was helping the midwife who was my teacher; I would hold the bag for her to put the placenta in.”

She graduated at the age of 21 and began her career at San José Hospital in Santiago de Chile, where she still works in the neonatology department. When she first entered that department, she immediately remembered her prophetic drawing of babies around her. 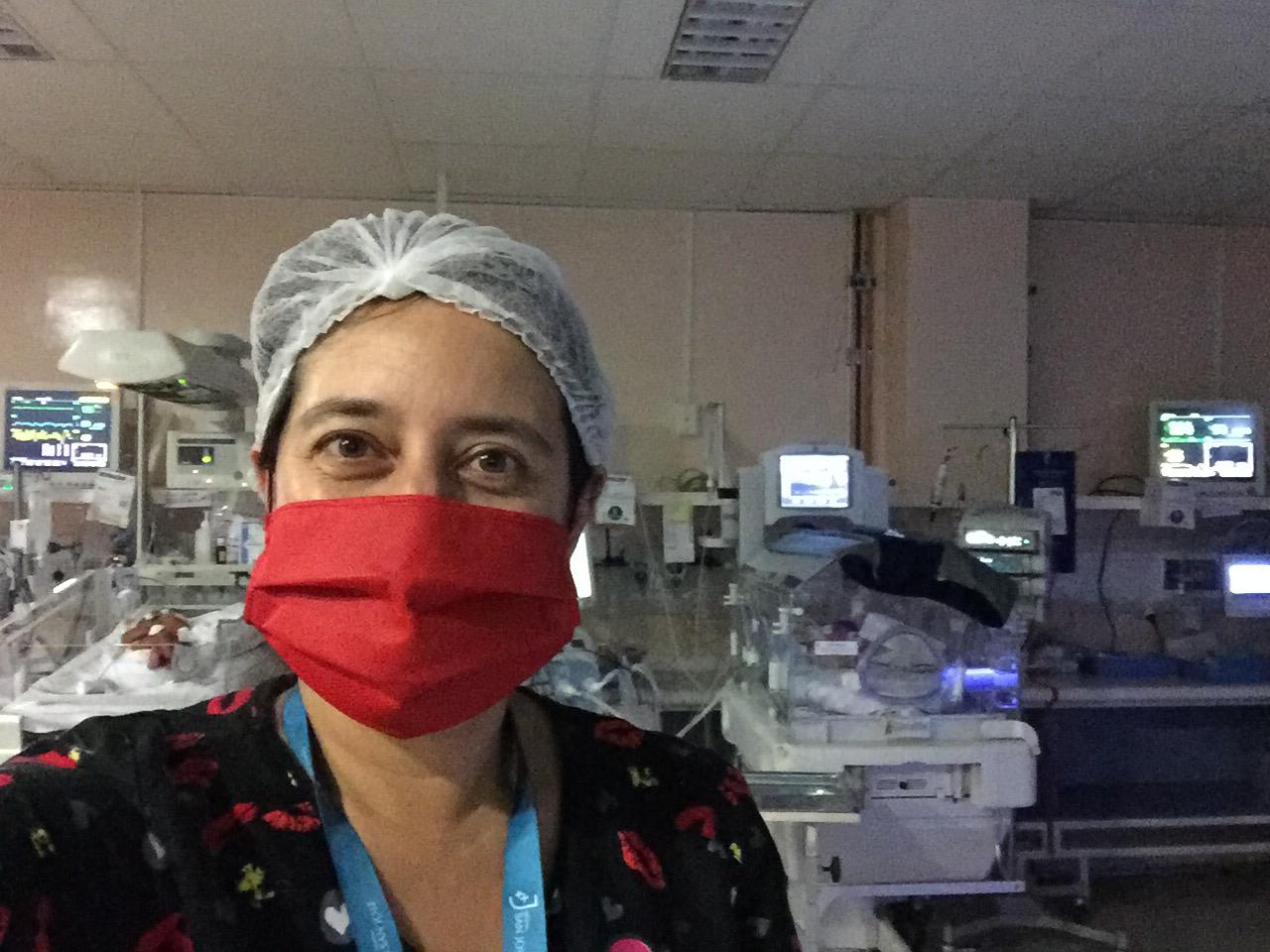 The day of this interview, Leonor had just completed a 24-hour shift in the new working setup adopted to minimize the movement of people during the pandemic. Health care workers are on duty for a whole day and then get three off. They carry two uniforms so they can change in the middle of their shift. “We are adapting a number of actions, in addition to the use of protective equipment. For instance, we take our own food from home - we do not go to the cafeteria - and in my case, I sleep in my car to avoid crowded resting areas. We are doing everything we can to do our job in the best possible way, so as not to spread the virus or catch it ourselves,” she stated. Despite the current situation, she says that midwifery is the job she likes the most, in addition to teaching at the University of Chile.

Based on data provided by midwives’ associations, the Latin American Midwives Federation (FLO, for its name in Spanish) estimates that in Latin America there are over 65,000 midwives. These professionals are involved in many of the more than 10 and a half million childbirths that take place in the region annually.

The role of midwives

“The role of midwives is to keep 'magic' alive; that same magic they felt when they were the ones who, endowed with the gift of listening to women’s secrets, managed to give the best advice. Those women that, having experienced childbirth, were able to help and reassure other women. Those were fantastic aspects for which they were considered either wise women or witches, depending on the eyes of the beholder and whose interests were considered”, notes Dr. Bremen de Mucio, Regional Maternal Health Advisor of the Latin American Center for Perinatology, Women's & Reproductive Health (CLAP) of the Pan American Health Organization (PAHO).

One of the greatest challenges facing this core group of health care workers is to obtain the recognition of their autonomy and acknowledgment for their role in the health care system, while ensuring they obtain the training and continued education they need in order to provide better sexual and reproductive health for the population they serve.

As de Mucio puts it, as a specialist in reproductive health, today’s midwife should advise and intervene based not only on her experience, but also using the tools provided by scientific knowledge “to meet the needs of women, ranging from sexuality and contraception to menopause, in addition to providing care to newborns and children. Midwives should do all the above without losing the empathy they already show, an empathy they will have to maintain if they are to continue with their leading role in the provision of care to women and other community members.”

Midwives in the new setting

Ema Shuler is the President of the Latin American Midwives Federation (FLO), an organization that focuses on strengthening midwifery in the region by encouraging the collaborative work of its member countries to develop and improve professional performance. “Today we find ourselves in a new scenario and a different epidemiological reality, with economic systems that have a negative impact on people’s health and that widen gaps in the provision of health care, with a worsening of indicators such as an increase in maternal morbidity, teenage pregnancies, and gender violence, inter alia,” explains Schuler, an Uruguayan who at a young age emigrated to Entre Ríos, Argentina, where she got her degree in Midwifery. There she started a family and is now devoted to management, teaching and research. One of the FLO’s pillars, she says, is education. 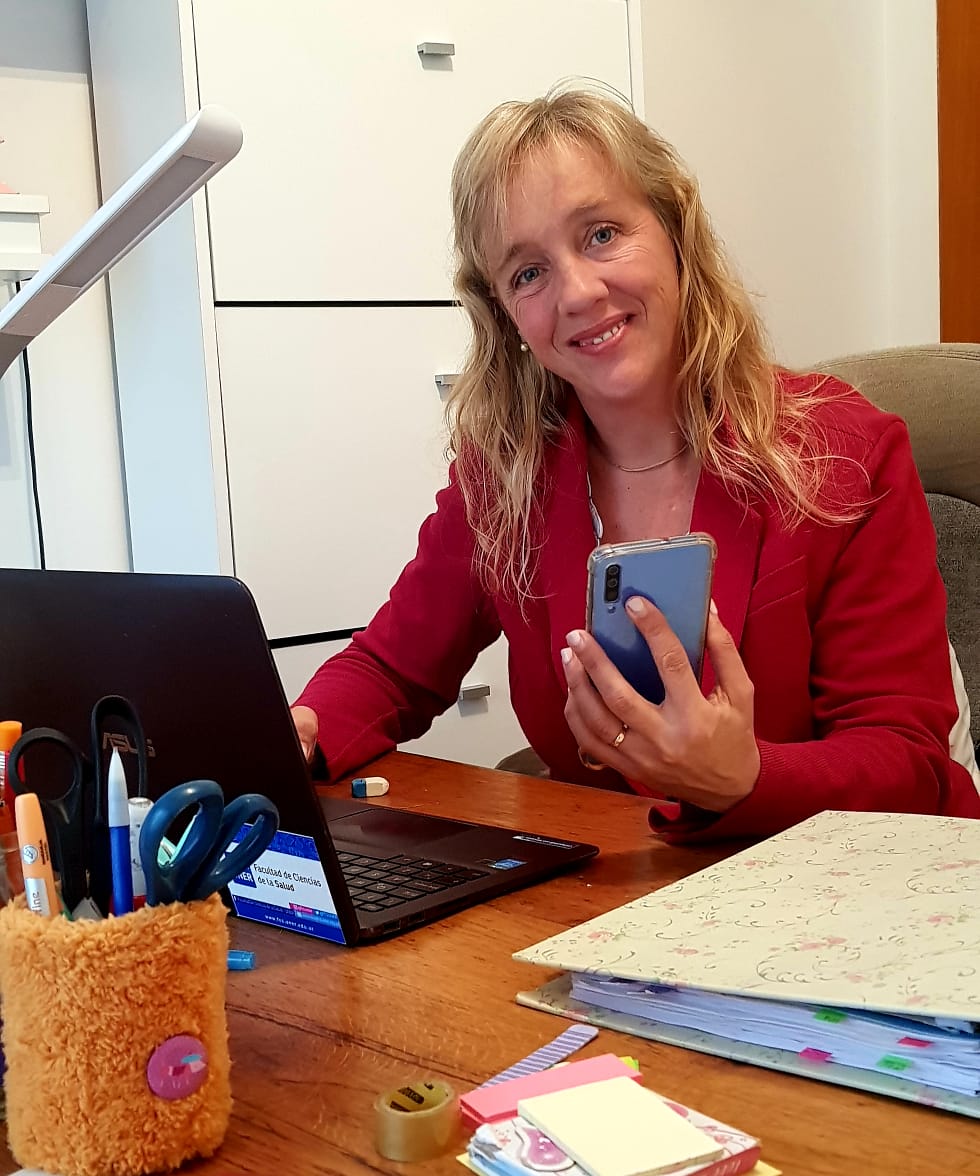 The Federation offers educational updates and furthers the training of the teachers in charge of educating future midwives with a complex vision of health, with a special focus on women and their sexual partners and families. Shuler is convinced that through teaching, she can inspire new generations to be sensitive, respectful and to be on the lookout for the population’s needs.

During the pandemic, FLO is providing virtual training meetings that emphasize the implementation of total isolation protocols for patients with confirmed or suspected COVID-19 infection, and through CLAP, the organization has requested PAHO/WHO to conduct webinars discussing the evidence available on the impact of the novel virus on pregnancy, childbirth and newborns. It was in this context that in April, over 200 midwifery professionals received e-training on WHO’s most recent recommendations. Another virtual meeting is planned for May.

Like Chilean midwife Leonor Andino, Salvadoran midwife Carmen Otero will never forget the first birth she attended. She was on her first shift at the San Salvador Maternity Ward when she entered the delivery room to assist her teacher. “It is awesome to see the baby's little head as it begins to stick out. There is a lot of adrenaline; being part of that moment is beautiful and highly emotional,” stated Otero, who obtained her degree in Maternal & Child Health from the University of El Salvador 15 years ago.

Carmen works in the maternal waiting homes run by the Solidarity Fund for Health (FOSALUD); the homes are designed to house pregnant women in rural areas with difficult access to health services or who are at high risk of complications in the last weeks of their pregnancy and during the immediate postpartum period. The purpose of these homes —there are 20 in El Salvador—is to bring pregnant women closer to health services, to ensure institutional delivery in the hands of skilled health care providers and to reduce maternal and perinatal deaths and complications.

To date, they have not received any pregnant women with confirmed or suspected COVID-19 infection, but they have a protocol to trigger if that happens. “Upon entering the shelter, the new pregnant woman undergoes a clinical evaluation by a team clad in protective equipment.” Carmen explains that they also inform the population on how to prevent COVID-19, so that pregnant women can take these tips when they return home later.

This Salvadoran midwife considers her work and that of her colleagues across the globe crucial, and she believes that the profession should be recognized by the health system because they receive a comprehensive education throughout their studies. 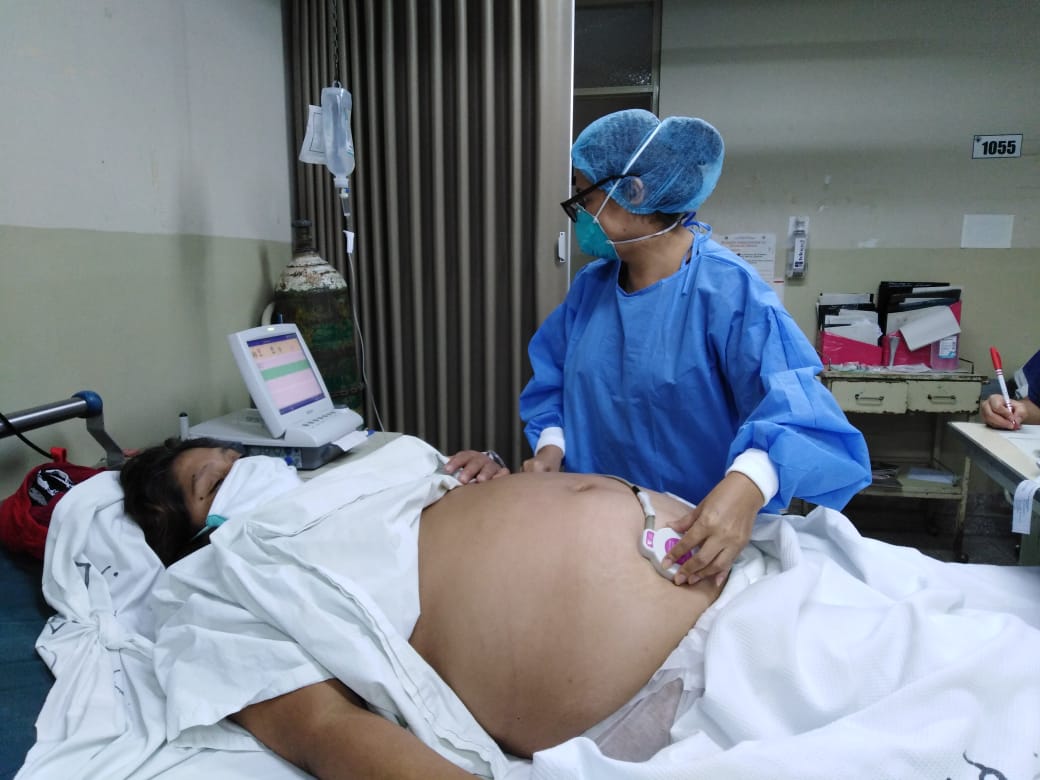 Flor Alvarado is also very happy with the profession she has practiced for three decades. “Things have changed a lot since I started,” she admits. However, she is aware that everybody that practices midwifery shares the same call, as she sees in her students at the University of San Marcos de Lima, in Peru, where she teaches.

This midwife feels fully joyful with what she does. “Midwifery is made of love, science and art. That is why I will always be proud to be a midwife,” she says. However, she admits that she is afraid of the possibility of getting infected with COVID-19 and carrying the infection to her family or to her clients. That is why she follows the recommendations related to personal protective equipment to a T: “We do all we can with the elements we have and try to do our job while hoping this to resolve soon.”

PAHO’s link with midwives is historic. “From the beginning of CLAP in 1970, a midwife – Alba Izquierdo – was the right-hand of the first director of the Center, Professor Roberto Caldeyro Barcia, a physician who played a major role in almost all the research developed on obstetric physiology those early years. During the period when CLAP was in the University Hospital, a midwife, Zulema Villarrubia, taught thousands of medical and non-medical professionals how to conduct obstetric ultrasounds,” recalls de Mucio.

In 2007, based on studies that showed that strengthening midwifery skills was an essential component of the programmes designed to reduce maternal morbidity and mortality, CLAP started to prioritize actions aimed at promoting Competency-Based Education (CBE) models. De Mucio explains that they “prioritize hands-on learning of competencies, rather than exclusively theoretical learning. This model has been promoted intending not just to train teachers on its implementation, but also seeking to include it in the curricula of midwifery schools.”

The International Day of the Midwife is celebrated every 5th of May to acknowledge the work of these health care professionals and their role in ensuring safe pregnancies, childbirth and postpartum periods. During the pandemic, too, the humanitarian, comprehensive and respectful care they provide, as well as their competent professional practice, deserve due recognition.