Gonorrhea is often asymptomatic in women. If untreated, gonorrhea infection may lead to serious complications.

To the extent possible, countries should update their national guidelines for the treatment of gonococcal infection based on recent antimicrobial resistance (AMR) surveillance. If local ARM surveillance in not yet functional, PAHO urges countries to adopt the latest WHO treatment guidelines for N. gonorrhoeae.

Of all the STIs, gonorrhea is the most antibiotic-resistant.  To the extent possible, countries should update their national guidelines for the treatment of gonococcal infection based on recent antimicrobial resistance (AMR) surveillance

Gonorrhea is the second most common sexually transmitted infection (STI) caused by bacteria in the world. In women is mostly asymptomatic and it can cause serious health problems if not treated. Of all the STIs, gonorrhea is the most resistant to antibiotics. Because of widespread resistance, older and cheaper antibiotics have lost their effectiveness in treatment of the infection, and gonorrhea infection may become untreatable.

How is it spread?

How can it be prevented?

What are the symptoms?

Many people with gonorrhea do not show any symptoms, with less than half of infected women expressing non-specific symptoms. If you do have symptoms, they can appear in different forms. Women might notice irregular vaginal discharge, pain when urinating, discomfort in the lower part of the stomach, or bleeding from the vagina after sex or between periods. Men might notice pain when urinating, pus-like discharge from the penis, or pain or swelling in one testicle.

What problems does it cause?

Gonorrhea is often asymptomatic in women, and the lack of discernible symptoms results in unrecognized and untreated infections. If left untreated, gonorrhea usually resolves naturally, but can also cause serious health problems. For women this could include pelvic inflammatory disease (PID), which can lead to ectopic pregnancy (pregnancy outside the womb) and inability to have a baby. In men, health problems could include epididymitis (inflammation of the tube that stores and carries sperm at the back of the testicle), urethral stricture (narrowing of the urine canal) and inability to have a baby. The risk of complications increases with repeated infection.

Infants of mothers with gonococcal infection can be infected at delivery, resulting in neonatal conjunctivitis (eye infection) manifesting as purulent ocular discharge and swollen eyelids. Untreated conjunctivitis may lead to scarring and blindness.

How is it diagnosed?

Diagnosis is made in a laboratory using different samples, including urine, and vulvovaginal, cervical, and urethral swabs. However, since laboratory diagnostic tests are not available in many countries, a qualified care provider may treat you based on the presence of symptoms such as vaginal and urethral discharge.

There have been major developments in the diagnosis of gonorrhea including using rapid molecular diagnostic tests, some combined with tests for chlamydia.

What is the treatment for it?

The WHO guidelines for the treatment of gonorrhea recommends that local antimicrobial resistance (AMR) data should guide national treatment guidelines.  In settings where local AMR data are not available, WHO suggests dual therapy over single therapy for people with genital or anorectal gonorrhea (conditional recommendation, low quality evidence)

Dual therapy (one of the following):

However, since laboratory diagnostic tests are not available in many countries, a qualified care provider may treat you based on the presence of symptoms such as vaginal and urethral discharge.

What does resistance to antibiotics means? 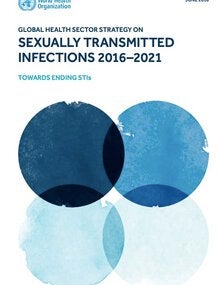