Mercury is toxic to human health, posing a particular threat to the development of the child in utero and early in life. Mercury exists in various forms: elemental (or metallic); inorganic (e.g. mercuric chloride); and organic (e.g., methyl- and ethylmercury), which all have different toxic effects, including on the nervous, digestive and immune systems, and on lungs, kidneys, skin and eyes.

It has been estimated that among selected subsistence fishing populations, between 1.5/1000 and 17/1000 children showed cognitive impacts caused by the consumption of fish containing mercury. Mercury releases in the environment result mainly from human activity, particularly from coal-fired power stations, residential heating systems, waste incinerators and as a result of mining for mercury, gold and other metals. Once in the environment, elemental mercury is naturally transformed into methylmercury that bioaccumulates in fish and shellfish.

Human exposure occurs mainly through inhalation of elemental mercury vapors during industrial processes and through consumption of contaminated fish and shellfish. Interventions to prevent environmental releases and human exposure include:

Mercury occurs naturally in the earth's crust. It is released into the environment from volcanic activity, weathering of rocks and as a result of human activity. Human activity is the main cause of mercury releases, particularly coal-fired power stations, residential coal burning for heating and cooking, industrial processes, waste incinerators and as a result of mining for mercury, gold and other metals.

Once in the environment, mercury can be transformed by bacteria into methylmercury. Methylmercury then bioaccumulates (bioaccumulation occurs when an organism contains higher concentrations of the substance than do the surroundings) in fish and shellfish. Methylmercury also biomagnifies. For example, large predatory fish are more likely to have high levels of mercury as a result of eating many smaller fish that have acquired mercury through ingestion of plankton.

People may be exposed to mercury in any of its forms under different circumstances. However, exposure mainly occurs through consumption of fish and shellfish contaminated with methylmercury and through worker inhalation of elemental mercury vapours during industrial processes. Cooking does not eliminate mercury.

WHO: Mercury and Health
Related topics 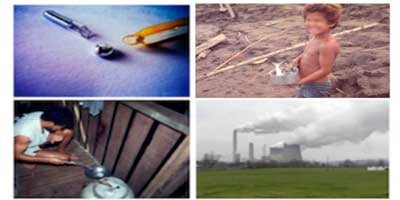 Self-learning virtual course: Mercury effects in human health and the environment and considerations under the Minamata Convention

The purpsose of the course is to develop competencies in professionals in the areas of environmental public health and chemical safety.

Factors that determine whether health effects occur and their severity include:

Generally, two groups are more sensitive to the effects of mercury. Foetuses are most susceptible to developmental effects due to mercury. Methylmercury exposure in the womb can result from a mother's consumption of fish and shellfish. It can adversely affect a baby's growing brain and nervous system. The primary health effect of methylmercury is impaired neurological development. Therefore, cognitive thinking, memory, attention, language, and fine motor and visual spatial skills may be affected in children who were exposed to methylmercury as foetuses.

The second group is people who are regularly exposed (chronic exposure) to high levels of mercury (such as populations that rely on subsistence fishing or people who are occupationally exposed). Among selected subsistence fishing populations, between 1.5/1000 and 17/1000 children showed cognitive impairment (mild mental retardation) caused by the consumption of fish containing mercury. These included populations in Brazil, Canada, China, Columbia and Greenland.

A significant example of mercury exposure affecting public health occurred in Minamata, Japan, between 1932 and 1968, where a factory producing acetic acid discharged waste liquid into Minamata Bay. The discharge included high concentrations of mercury. The bay was rich in fish and shellfish, providing the main livelihood for local residents and fishermen from other areas.

For many years, no one realized that the fish were contaminated with mercury, and that it was causing a strange disease in the local community and in other districts. At least 50 000 people were affected to some extent and more than 2000 cases of Minamata disease were certified. Minamata disease peaked in the 1950s, with severe cases suffering brain damage, paralysis, incoherent speech and delirium.

Elemental and methylmercury are toxic to the central and peripheral nervous systems. The inhalation of mercury vapour can produce harmful effects on the nervous, digestive and immune systems, lungs and kidneys, and may be fatal. The inorganic salts of mercury are corrosive to the skin, eyes and gastrointestinal tract, and may induce kidney toxicity if ingested.

Neurological and behavioural disorders may be observed after inhalation, ingestion or dermal exposure of different mercury compounds. Symptoms include tremors, insomnia, memory loss, neuromuscular effects, headaches and cognitive and motor dysfunction. Mild, subclinical signs of central nervous system toxicity can be seen in workers exposed to an elemental mercury level in the air of 20 μg/m3 or more for several years. Kidney effects have been reported, ranging from increased protein in the urine to kidney failure.

How to reduce human exposure from mercury sources

There are several ways to prevent adverse health effects, including promoting clean energy, stopping the use of mercury in gold mining, eliminating the mining of mercury and phasing out non-essential mercury-containing products.

Promote the use of clean energy sources that do not burn coal.

Burning coal for power and heat is a major source of mercury. Coal contains mercury and other hazardous air pollutants that are emitted when the coal is burned incoal-fired power plants, industrial boilers and household stoves.

Eliminate mercury mining, and use of mercury in gold extraction and other industrial processes

Mercury is an element that cannot be destroyed; therefore, mercury already in use can be recycled for other essential uses, with no further need for mercury mining. Mercury use in artisanal and small-scale gold mining is particularly hazardous, and health effects on vulnerable populations are significant. Non-mercury (non-cyanide) gold-extraction techniques need to be promoted and implemented, and where mercury is still used safer work practices need to be employed to prevent exposure.

Mercury is contained in many products, including:

Dental amalgam is used in almost all countries. A 2009 WHO expert consultation concluded that a global near-term ban on amalgam would be problematic for public health and the dental health sector, but a phase down should be pursued by promoting disease prevention and alternatives to amalgam; research and development of cost-effective alternatives; education of dental professionals and the raising of public awareness.

Mercury use in vaccines and pharmaceuticals

Mercury, such as thiomersal (ethylmercury), is used in very small amounts as a preservative in some vaccines and pharmaceuticals. Compared to methylmercury, ethylmercury is very different. Ethylmercury is broken down by the body quickly and does not accumulate. WHO has closely monitored scientific evidence relating to the use of thiomersal as a vaccine preservative for more than 10 years, and has consistently reached the same conclusion: there is no evidence that the amount of thiomersal used in vaccines poses a health risk.

The continued release of mercury into the environment from human activity, the presence of mercury in the food chain, and the demonstrated adverse effects on humans are of such concern that in 2013 governments agreed to the Minamata Convention on Mercury. The Convention obliges government Parties to take a range of actions, including to address mercury emissions to air and to phase-out certain mercury-containing products.

WHO publishes evidence about the health impacts of the different forms of mercury, guidance on identifying populations at risk from mercury exposure, tools to reduce mercury exposure, and guidance on the replacement of mercury-containing thermometers and blood pressure measuring devices in health care. WHO leads projects to promote the sound management and disposal of health-care waste and has facilitated the development of an affordable, validated, non-mercury-containing blood pressure measuring device.

Artisanal and small-scale gold mining (ASGM) is a major source of atmospheric mercury emission, due to rising gold prices and poverty in low- and middle-income countries. ASGM is considered in many cases as informal sector, often in unplanned settlements in remote areas. The extraction and processing techniques are accessible and sometimes labor-intensive, generally shared by the family and therefore include women, the elderly, and children. The high risks and exposures to health and environmental hazards have been recognized.

Webinar:
WHO Document Guidance on the Development of Public Health Strategies in the Context of the Minamata Convention.
October 21st, 2021.

For more documents, see WHO publications on ASGM under Technical Bulletins

This workshop was aimed at promoting the understanding of the roles of the health sector in the Minamata Convention on Mercury and facilitating the implementation of the World Health Assembly Resolution WHA 67.11: "Public health impacts of exposure to mercury and mercury compounds: the role of WHO and ministries of public health in the implementation of the Minamata Convention". These health sector roles were addressed adjusting from similar workshops held in October 2015 in Montevideo, Uruguay, and in June 2015 in Bonn, Germany.

Key points addressed during the workshop included mercury-containing skin lightening products and fish consumption, both of frequent use in the Caribbean. Participants provided an evaluation of the workshop at the conclusion of the event.

Health in the implementation of the Minamata convention on mercury, Montevideo, Uruguay, October 7th-8th, 2015

This workshop aimed to support the implementation of the Resolution of the World Health Assembly (WHA67.11) in May 2014, which addresses the role of the World Health Organization and Ministries of Health in the Minamata Convention on Mercury. Participation included seventeen Spanish-speaking countries from the Region, professionals with expertise in issues relevant to the Agreement, Uruguay and other countries, and the virtual participation of health personnel from provinces of Uruguay.

The Declaration of Montevideo was drafted and signed, with the agreement that Ministries of Health in Member States should designate a focal point to implement national measures in accordance with the provisions of the Minamata Convention. At the end of the workshop, participants had the opportunity to provide an evaluation of the event. 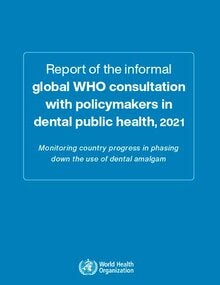 16 Mar 2022
Report of the informal global WHO consultation with policymakers in dental public health, 2021: monitoring country progress in phasing down the use of dental amalgam; 2022 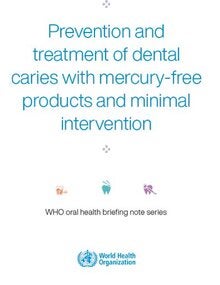 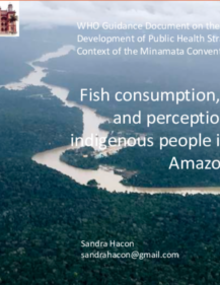 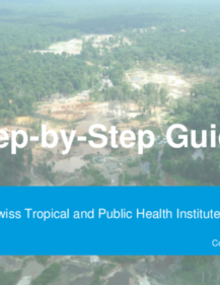