Number of older adults with long-term care needs will triple by 2050, PAHO warns 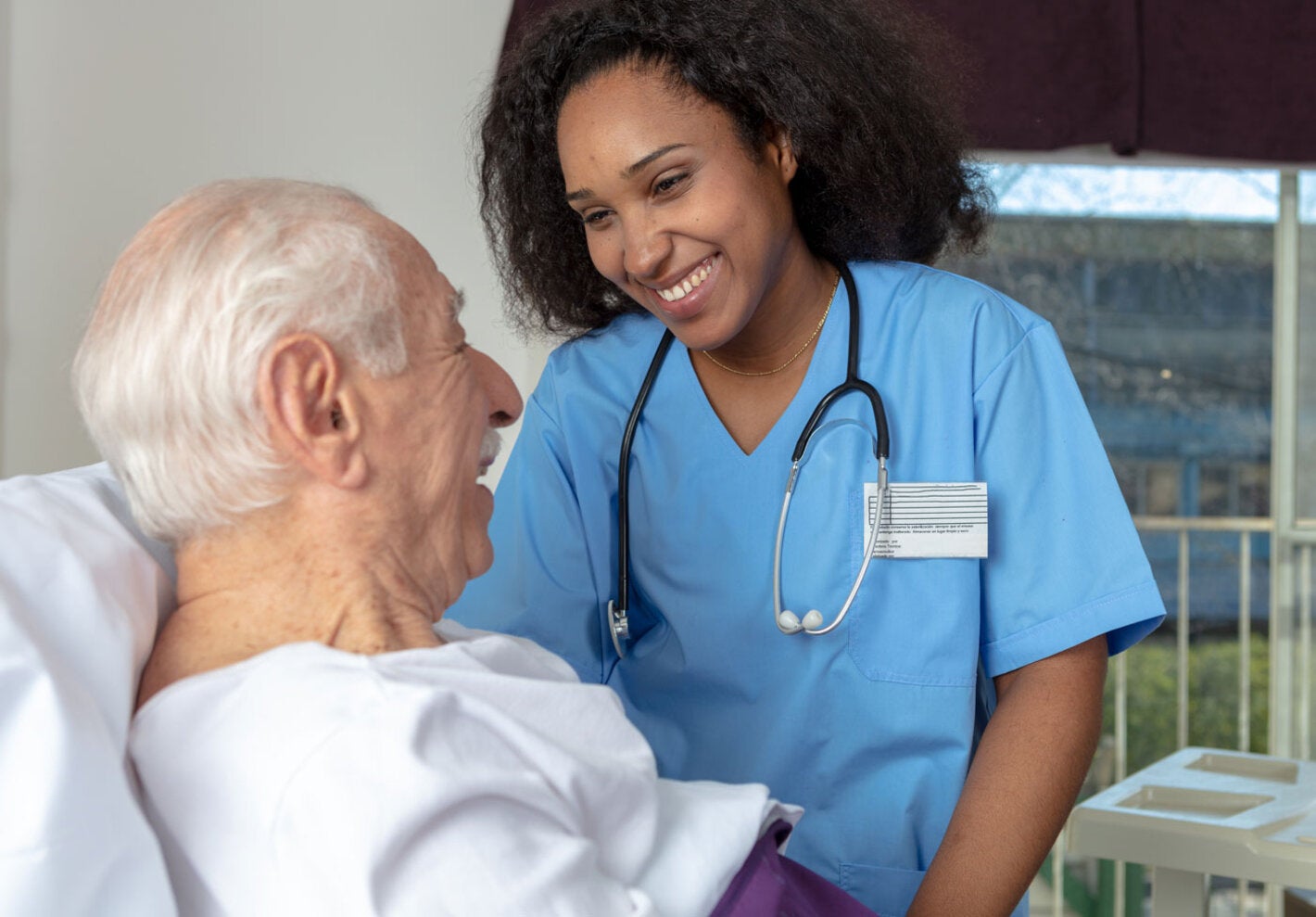 Demand for health services in the Americas will grow as life expectancy and disability increase, and family caregivers will not be able to meet all needs. Training more health workers and maximizing the functional ability of older adults can help limit the number of years of dependence on others.

Washington D.C, 1 October 2019 (PAHO/WHO) – The number of adults over 60 requiring long-term care will more than triple in the Americas over the next three decades, from around 8 million people today to between 27 million and 30 million by 2050. On the International Day of Older Persons, October 1, aging experts at the Pan American Health Organization (PAHO) are urging countries to strengthen their health systems to be able to respond to their needs.

"Health services must be adapted to the needs of older adults, who require a much more effective management of their care. This will not only improve their survival, but also maximize their functional ability and reduce the number of years they are dependent on others."

The trend is the result of people throughout the Region living longer, with the greatest gains seen in Latin America and the Caribbean.

"The increase in life expectancy is one of the great achievements of the last decades,” said PAHO Director Carissa F. Etienne. “However, for many people this longer life expectancy is accompanied by chronic illnesses and disabilities that affect people’s ability to be self-sufficient."

The situation will significantly increase demand for attention and care, which should be based on integrated approaches that help older adults maintain their functional capacities.

"Health services must be adapted to the needs of older adults, who require a much more effective management of their care. This will not only improve their survival, but also maximize their functional ability and reduce the number of years they are dependent on others," said Etienne.

As of 2017, 14.6% of the population of the Americas as a whole was over 60 years old. By 2050, this proportion is expected to reach nearly 25% in Latin America and the Caribbean as a subregion, and as much as 30% in some countries. These changes will take place in just 35 years, giving Latin America and the Caribbean about half the time to adapt compared with other regions of the world: for example, in Europe this evolution spanned about 65 years, and in Canada and the United States, approximately 75 years.

Life expectancy is increasing, but so are years living with disability

But living more does not necessarily mean living in good health. Regionwide, the number of years people find themselves living with disabilities has increased by 12.6% since 2009.

“Dependency during the last decade of life is preventable; people don´t need to live their final years in poor health,” said Enrique Vega, head of PAHO’s Healthy Life Course unit. “We can make this change; a system of long-term care based on human rights that’s integrated with social services is needed.”

Shortage of health workers and caretakers

According to the final report of the PAHO Plan of Action on the Health of Older Persons 2009-2018, human resources in health are ill prepared to serve the needs of the elderly. Less than 15% of degree programs in the health sciences in the Americas and less than 10% of key medical specialties include aging and geriatric health in their undergraduate or postgraduate study programs.

At the same time, unpaid family care, which currently accounts for the largest share of long-term care and is overwhelmingly provided by women, will become increasingly unsustainable in the coming decades, both for ethical and social justice reasons and due to socioeconomic and demographic trends including changes in family structure and women’s work force participation.

To promote healthy aging, the World Health Organization (WHO) will lead the Decade of Healthy Aging 2020-2030, in line with the Sustainable Development Goals (SDGs). The Decade will be a worldwide effort to achieve longer but also healthier lives, thus adding life to years.

The International Day of Older Persons is an opportunity to highlight the important contributions that older people make to society and to raise awareness of the opportunities and challenges of aging in today's world. The slogan chosen for 2019 is “Journey to Age Equality.” The campaign seeks to spotlight the inequalities currently faced by older adults and to prevent forms of exclusion that could arise in the future.

Healthy Aging
Family, Health Promotion and Life Course
The Decade of Healthy Aging in the Americas (2021-2030)