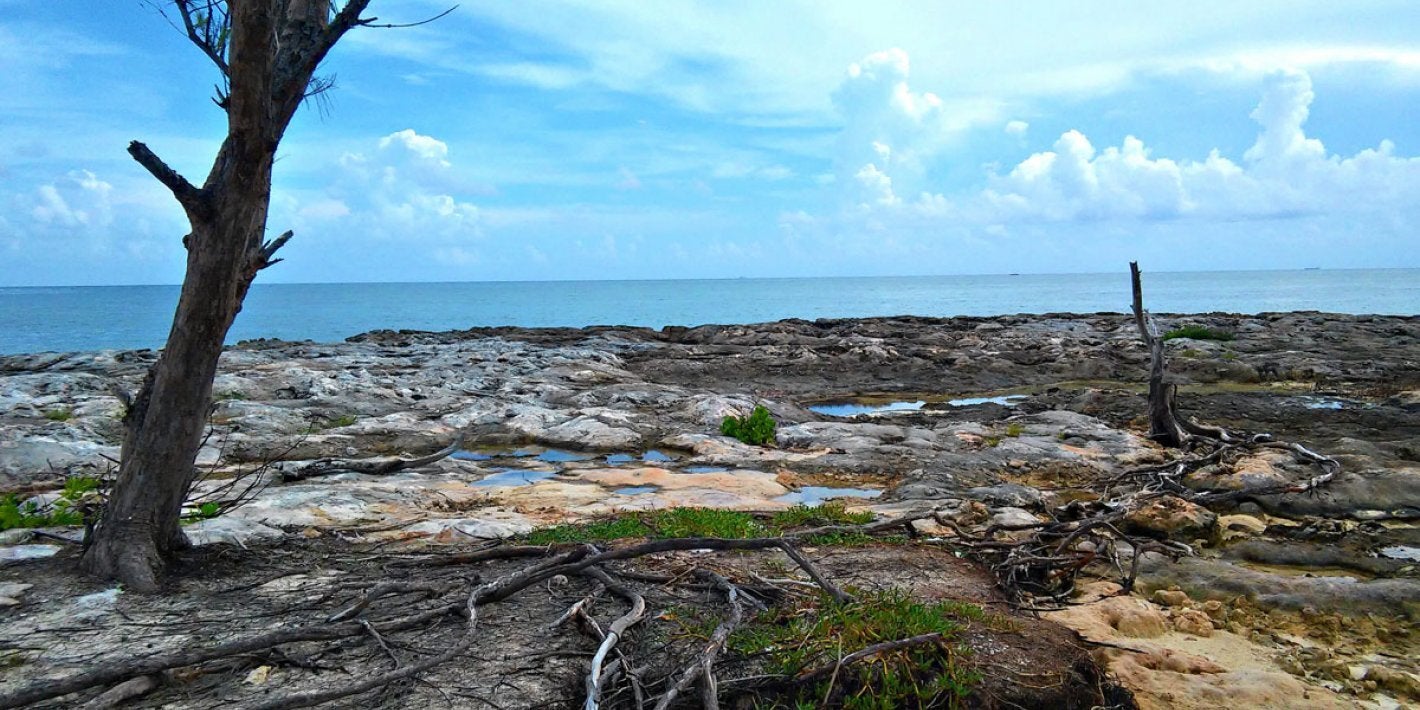 Bridgetown, Barbados, December 1, 2020 (PAHO) – International, regional, and government leaders announced the launch of a broad-based project to support actions to mitigate climate change and its serious health impacts in Caribbean nations. The EU/CARIFORUM Strengthening Climate Resilient Health Systems Project – a joint project of the European Union and CARIFORUM that PAHO is coordinating – will advance public understanding of climate change effects and strengthen the ability of health systems to respond to climate-related health impacts.

“We are at a crucial point in time in the Americas when we must increase our solidarity and inter-governmental collaboration to address climate issues, which are arguably the health challenges of the century,” said PAHO Director Carissa F. Etienne. “The Americas must embrace mechanisms for countries to come together around climate change.”

“The project supports a cadre of new climate and health leaders,” Etienne continued. “It promotes evidence for the frequently hidden health co-benefits of climate action and supports the implementation of health-related plans and resources for mitigation and adaptation for health.”

She said the EU/CARIFORUM Climate Change and Health Project will also assist regional nations in accessing funding for coping with climate change.

The Tuesday virtual meeting was attended by leading representatives of governments and organizations that are partners in the €6.85 million (USD $8.28 million) project, including Etienne, Irwin LaRocque, CARICOM Secretary-General and Co-Chair for CARIFORUM, Dr. Irving McIntyre, Dominica’s Minister of Health, and Malgorzata Wasilewska, Head of Delegation of the European Union to Barbados, the Eastern Caribbean States, OECS and CARICOM/CARIFORUM. Partners in the project also include Caribbean universities, and regional climate, public health and agricultural agencies and organizations.

“The WHO says that between 2030 and 2050, climate change is expected to cause approximately 250,000 additional deaths per year, from malnutrition, malaria, diarrhea and heat stress,” said LaRocque. “The direct cost to health is estimated to be between $2 to $4 billion per year by 2030. Tellingly, areas with weak health infrastructure, mostly in developing countries, will be the least able to cope without assistance to prepare and respond.”

He asserted that in order to respond to climate change, member states must have access to concessional development financing, or soft loans, with more generous terms than market loans. He added that financing should be based on the universal vulnerability index, which measures the exposure of populations to hazard.

Etienne said that PAHO would also work to assist Caribbean nations in getting financial assistance. She said that PAHO will do so through the Green Climate Fund, which was established to help developing nations respond to climate change.

McIntyre said that his country has felt the effects of climate change first-hand and as a result aims to become the region’s first climate resilient nation by 2030.

“While we have been calling on the developed countries to change their habits, we have been doing what we can to build resilience in our country,” he said. “The government of Dominica has directed investments towards economic transition and recovery efforts. We are well on our way to achieving resilience in terms of infrastructure, economy and fiscal policies, and resilience in our health and education system.”

He pointed out key actions by his country such as the formalization of the Climate Resilience Execution Agency of Dominica, which took place shortly after Hurricane Maria. The agency works to incorporate resilience into all aspects of society. He also pointed out the island’s 7-Megawatt geothermal plant and the Building Back Better initiative to help residents rehabilitate, rebuild or design homes to be both energy-efficient and resilient, the 2019 plastic ban, and the SMART Hospital program, which focuses on improving hospitals’ resilience. The hospital project was funded through the United Kingdom’s Foreign Commonwealth & Development Office and led by PAHO.