70% of people with Chagas don't know they're infected 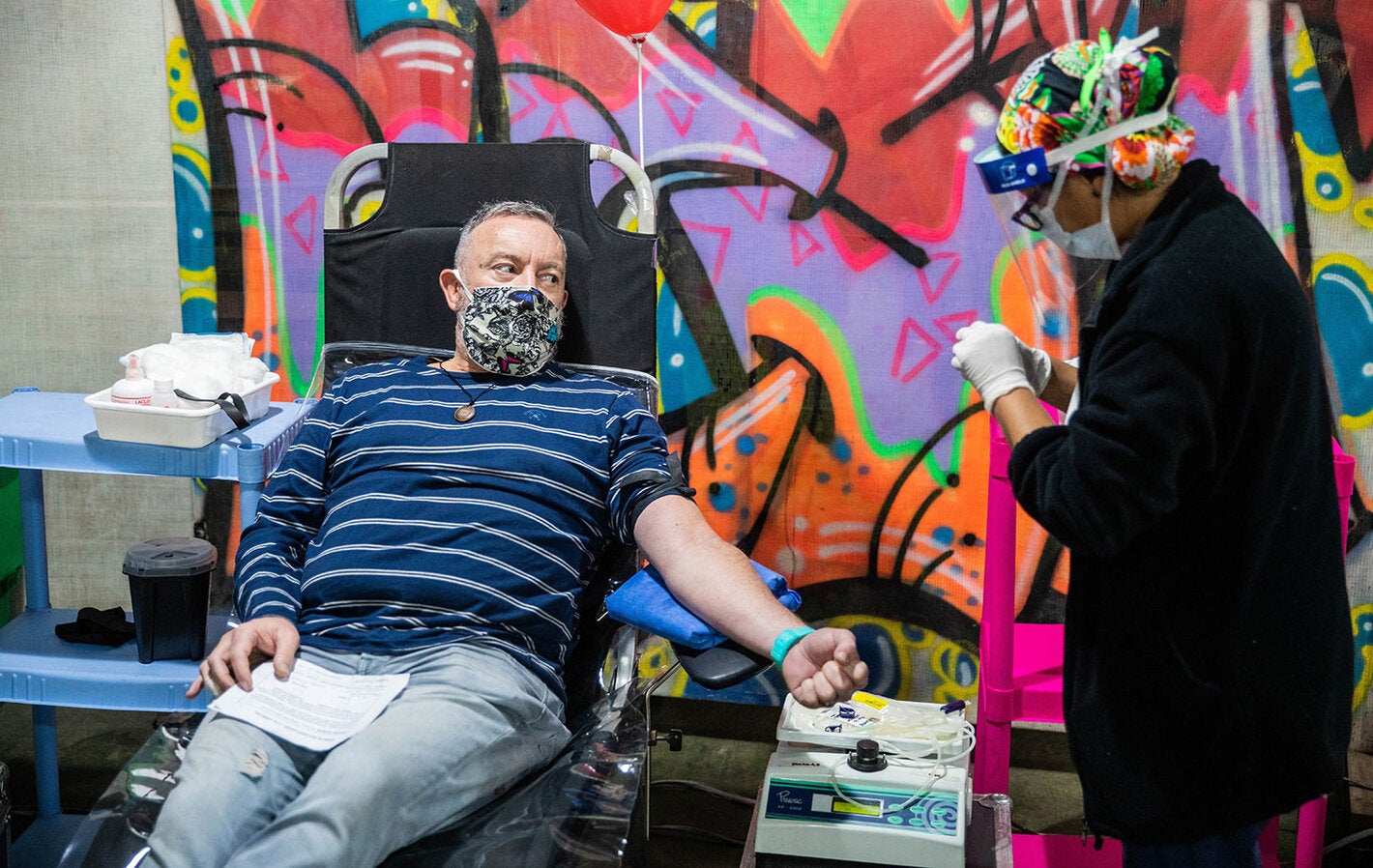 PAHO calls for redoubling efforts to diagnose the disease, which affects between 6 and 8 million people in the Americas.

Washington, D.C., 13 April 2021 (PAHO) – On the eve of the annual World Chagas Disease Day (14 April), the Pan American Health Organization (PAHO) warns that 70% of people living with the disease do not know they are infected.

In the Americas, 6 to 8 million people are estimated to be infected with the parasite (Trypanosoma cruzi) that causes the disease. However, most people (seven out of ten) are unaware of their condition, due to the absence of clinical symptoms. More than 10,000 people die each year as a result of clinical complications of Chagas disease, and some 75 million people in the Region are at risk of contracting it.

“Chagas disease continues to cause great suffering and kill thousands of people in Latin America, especially in the poorest countries and among the most vulnerable populations," said PAHO Director Carissa F. Etienne.

Dr. Luis Gerardo Castellanos, head of PAHO's Neglected, Tropical, and Vector Borne Diseases Unit, said “raising awareness of Chagas disease is the first step in preventing, detecting, and treating it, and in breaking the chain of transmission.”

Originating in rural settings as a disease transmitted by bed bugs, or vinchucas, in the precarious housing of the campesino population, “Chagas has migrated, along with human migrants, to urban areas, where transmission occurs through transfusions and/or as a congenital condition, affecting thousands of people,” Dr. Castellanos explained.

About 8,000 babies are born with Chagas every year. It is estimated that more than a million women of childbearing age might be infected in the Region and unknowingly at risk of transmitting the infection to their newborns.

“The transmission of Chagas disease from mother to child can be prevented and, if detected in time, it can be cured,” said PAHO Director Etienne. “We must redouble our efforts so that all children in the region are free of the disease."

PAHO is working with countries to strengthen maternal and child health care systems so they can routinely detect and treat Chagas, while simultaneously diagnosing and treating HIV, syphilis, and hepatitis B, thus eliminating mother-child transmission of these four diseases.

These efforts are part of a PAHO initiative aimed at eliminating Chagas, along with more than 30 infectious diseases and other conditions, by 2030.

Only 1% of those infected are treated annually

In the clinical picture, Chagas disease, as a complicating factor, is hidden in the heart and digestive tract, and therefore, only 1% of those infected are treated annually. Chagas disease must be diagnosed by laboratory tests as the cause in such cases and disorders, which afflict millions of people.

Achieving universal health coverage, including clinical management and counseling for all people diagnosed in the late stages, is essential for controlling the disease and improving the quality of life of those affected.

Under the slogan “Comprehensive and Equitable Health Care and Services for All,” this year's World Chagas Disease Day seeks to raise the visibility of the disease and increase and broaden awareness of the importance of improving early detection while expanding diagnostic coverage and equitable access to clinical care for Chagas.

The pandemic and Chagas

As a result of the COVID-19 pandemic, actions to prevent, control, and care for neglected diseases, including Chagas disease, were disrupted to varying degrees in many of the Region's countries; this includes routine vector control efforts.

“The year 2020 was a challenging one for countries in terms of dealing with the COVID-19 pandemic while at the same time maintaining their efforts to combat Chagas. We must resume activities to mitigate any damage to the scope and impact of programs aimed at preventing and controlling Chagas in the Region," said Castellanos.

Chagas in the Americas, in numbers: