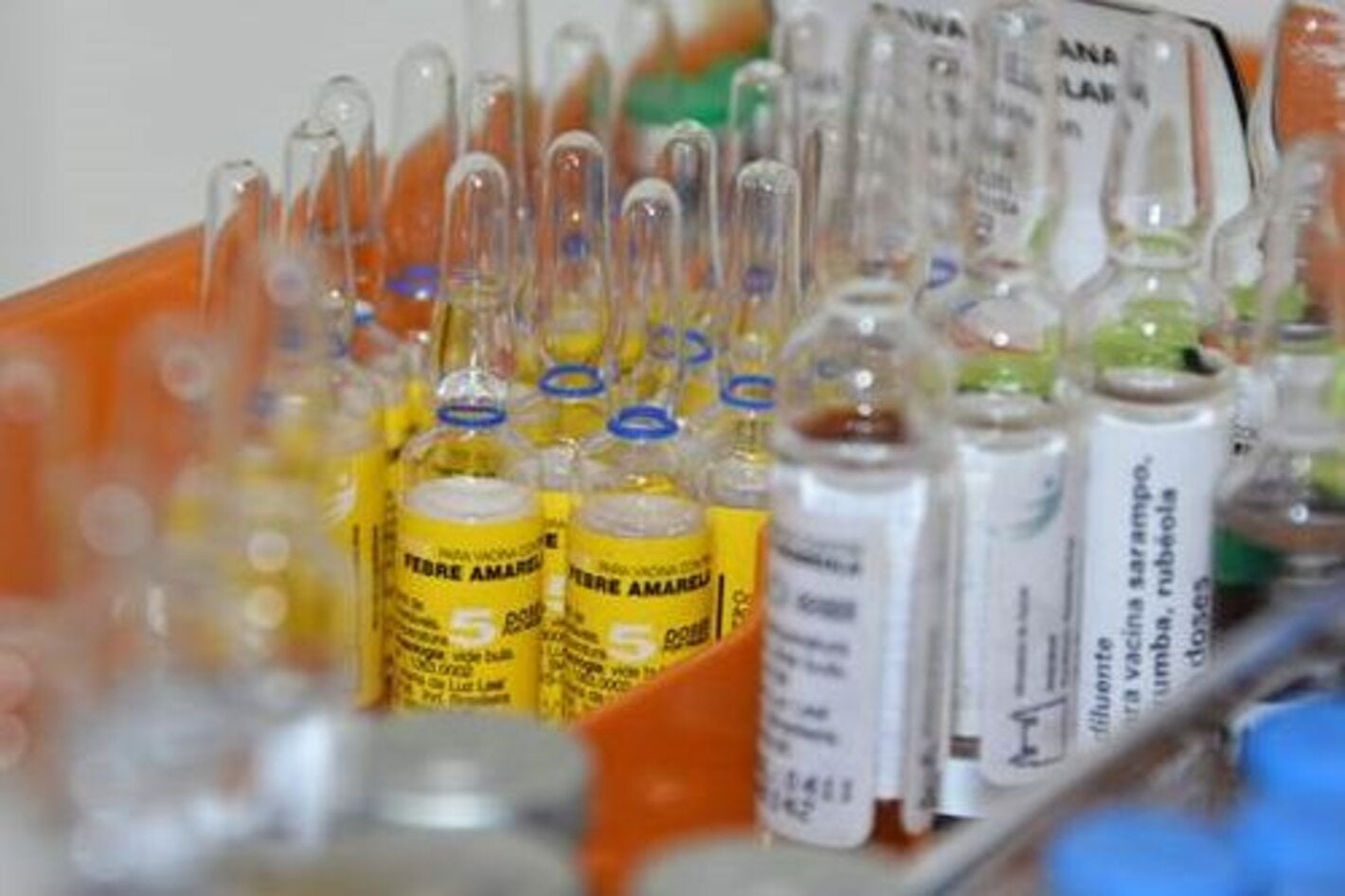 Washington, D.C., February 26, 2008 (PAHO)—The Ministry of Public Health and Social Welfare (MSPBS) of Paraguay has reported the confirmation of 16 cases of yellow fever (YF), including three deaths. Seven of these cases, young people who visited rural areas, are from the Department of San Pedro, and are related to the jungle cycle of the virus. The other nine confirmed cases, which include 3 deaths, are from San Lorenzo Municipality, outside of Asunción. Another 15 suspected cases are being investigated.

Meanwhile, the Ministry of Health is taking measures to contain the disease in affected areas, and more than 1 million people who live in or travel to these affected areas have been vaccinated. The Ministry of Health obtained two million doses of yellow fever vaccine from the International Coordinating Group on Provision of Vaccines of the World Health Organization. Brazil sent 850,000 doses and Peru sent 144,000 doses of vaccines, adding to the 300,000 Paraguay had in reserve.

To control yellow fever, which is transmitted through mosquitoes, the Ministry of Health has strengthened vector control in the urban area of San Lorenzo, where high indices of infestation of Aedes were found. Fumigation and spraying activities are being carried out with 17 heavy machines in the Central Department, giving priority to the neighborhoods of Laurelty and surroundings, and syndromic surveillance activities are being carried out.

A team of experts from the Pan American Health Organization (PAHO), with an epidemiologist, a clinical virologist, and advisers on immunization and emergency management, has been working in Paraguay since February15, and a laboratory expert from the Institute Evandro Chagas (IEC//Brazil) is supporting the national public health laboratory in the diagnosis of yellow fever.

The President of the Republic declared a state of national emergency on February 15, and United Nations Agencies committed U$20,000 to support monitoring vaccination coverage in the Central department and national communication actions. UNICEF made logistic arrangements for the transport to Paraguay of vaccines from WHO, and the Paraguayan Red Cross and the International Federation of the Red Cross are collaborating in communication and information plans for the community. Delegations of entomologists, epidemiologists, and laboratory workers from Cuba and Venezuela are in Paraguay to support in their areas of specialty. Municipal officials are promoting environmental sanitation with the support of the army and the police, and the Ministry of Education initiated the school year, planning vaccination and vector control actions in schools.

PAHO/WHO reported the situation on 31 January as provided for in the International Health Regulations, and collaborated in arrangements for the availability, transport, and delivery of vaccines from Brazil and Peru. Two million doses of vaccines from Sanofi-Pasteur, provided by the global mechanism of WHO, arrived Feb. 24.

A $50,000 dollar project is also being executed, contributed by the Office of U.S. Foreign Disaster Assistance OFDA/USAID, with $20,000 more from the Spanish Agency for International Cooperation (AECI), for logistical support for the vaccination campaign, including supplies, reagents, laboratory equipment and support for epidemiological surveillance. PAHO has prepared a new proposal of $170,000 dollars to serve needs not covered by other sources of support. Some 1,000 posters and 3, 000 fliers on clinical care guides for cases of yellow fever are being distributed in health centers in Asunción and in areas with risk of Yellow Fever.

Other needs identified to date include resources for operations research on enzootic foci, preparation and dissemination of educational material for health workers and the general population, and resources to strengthen diagnostic capability of the Central Laboratory with an expansion of the yellow fever virology laboratory and laboratory network. Other needs include strengthening dissemination of technical criteria, treatment and procedures for patient management, additional support for to the vaccination campaign with financial resources for operational aspects of the vaccination and inputs, monitoring of the coverage and of side effects in vaccinated, support for vector control measures, and to maintain the support for processing of clinical cases and epidemiological surveillance.

Yellow fever is a zoonosis of the tropical regions of South America and Africa, which occurs in two distinct epidemiologic cycles: jungle and urban. In the jungle cycle, the virus spreads among monkeys and humans, who may be infected when they enter the jungle and are bitten by mosquitoes infected with the yellow fever virus. Urban yellow fever has long been eradicated from the Americas, with the last cases occurring in Brazil in 1942.

In 2007 and the beginning of 2008, Brazil reported an intense and extensive epizootic of Jungle Yellow Fever in 6 states and in the past two months, 26 confirmed human cases were reported in Goiás, Mato Grosso do Sul, and the Federal District, with 13 deaths. The affected areas have high vaccination coverage, but as part of ongoing control measures, health authorities intensified vaccination for people living in or traveling to affected areas. In Argentina, authorities reported finding dead monkeys in Piñalito Park, province of Misiones, and yellow fever in one of the primates was confirmed. Despite high vaccination coverage of the area, authorities intensified vaccination activities for previously unimmunized individuals who reside in or go to the area.

The Pan American Health Organization is providing technical support to these countries through its country offices and headquarters, in accordance with the request of the countries.