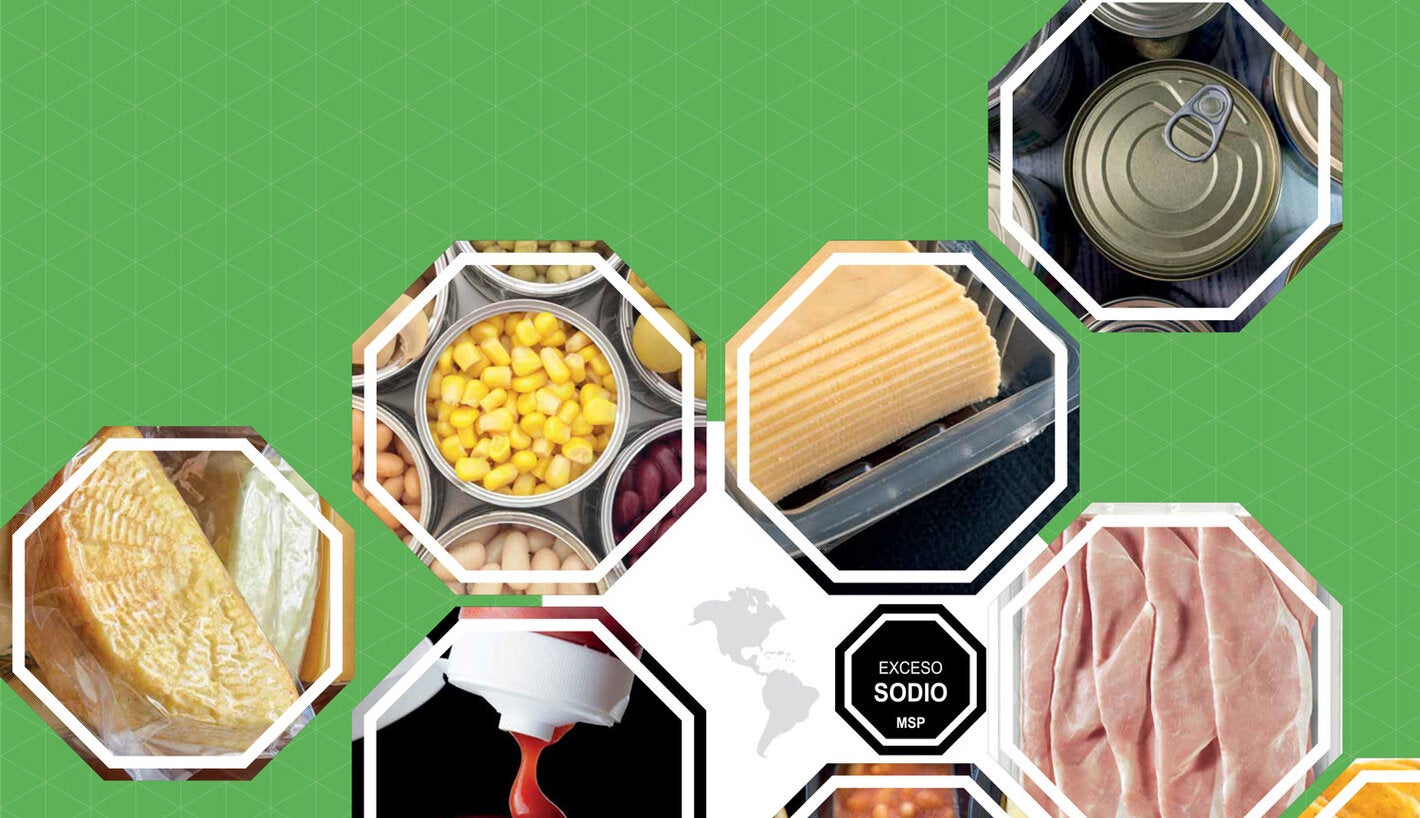 The targets recommend reduction in the sodium content of the most frequently consumed packaged foods, which would help people reduce salt intake to less than the WHO-recommended 5 grams per day.

Washington, DC, October 28, 2021 (PAHO) – The Pan American Health Organization (PAHO) has announced new salt reduction targets for food products to help people in the Americas reduce consumption of sodium. After adoption by countries, the new targets will require regional manufacturers to reformulate processed and ultra-processed food products, where most of the sodium consumed in diets comes from.

PAHO's revised 2022-2025 regional salt reduction targets focus on reducing the sodium content of commonly consumed processed foods such as bread, cereals and grains, processed meats, and dairy products. The new targets are a more detailed update of a first set developed in 2015 and present maximum sodium "thresholds" for 16 categories and 75 subcategories of food products to be reformulated.

"Countries agreed to a global target of reducing salt consumption by 30% by 2025, but the COVID-19 pandemic has worsened the situation by creating new challenges for prevention and control of risk factors due to confinements and significant changes in lifestyles, including an increase in consumption of unhealthy products," said Anselm Hennis, PAHO's Director of Noncommunicable Diseases and Mental Health. "It is critically important that governments accelerate their efforts to achieve this goal," Dr. Hennis stressed.

In the region, salt intake ranges from 8.5 to 15 grams per person per day, well over the 5 grams per day upper limit recommended by the World Health Organization (WHO).

"If we are to achieve substantive changes, we need these targets to be adopted with a regulatory rather than voluntary approach. Doing so is the only way countries will be able to reduce average salt intake in the population by 2025, given that sales of processed and ultra-processed products with excessive sodium content continue to grow," said Fabio Da Silva Gomes, PAHO's Regional Advisor on Nutrition and Physical Activity.

Da Silva Gomes said the updated targets support regulatory policies already advancing in the Region to reduce the supply and demand of products with excess sodium. Those include front-of-package warning labels that point out when products contain unhealthy quantities of salt, sugar, and fat, as well as regulation of marketing of these products.

PAHO developed the new targets in conjunction with the WHO Collaborating Centre on Nutrition Policy for Chronic Disease Prevention at the University of Toronto and the Ontario University of Technology, both in Canada, and the Technical Advisory Group on Prevention of Cardiovascular Disease through Population-wide Dietary Salt Reduction.