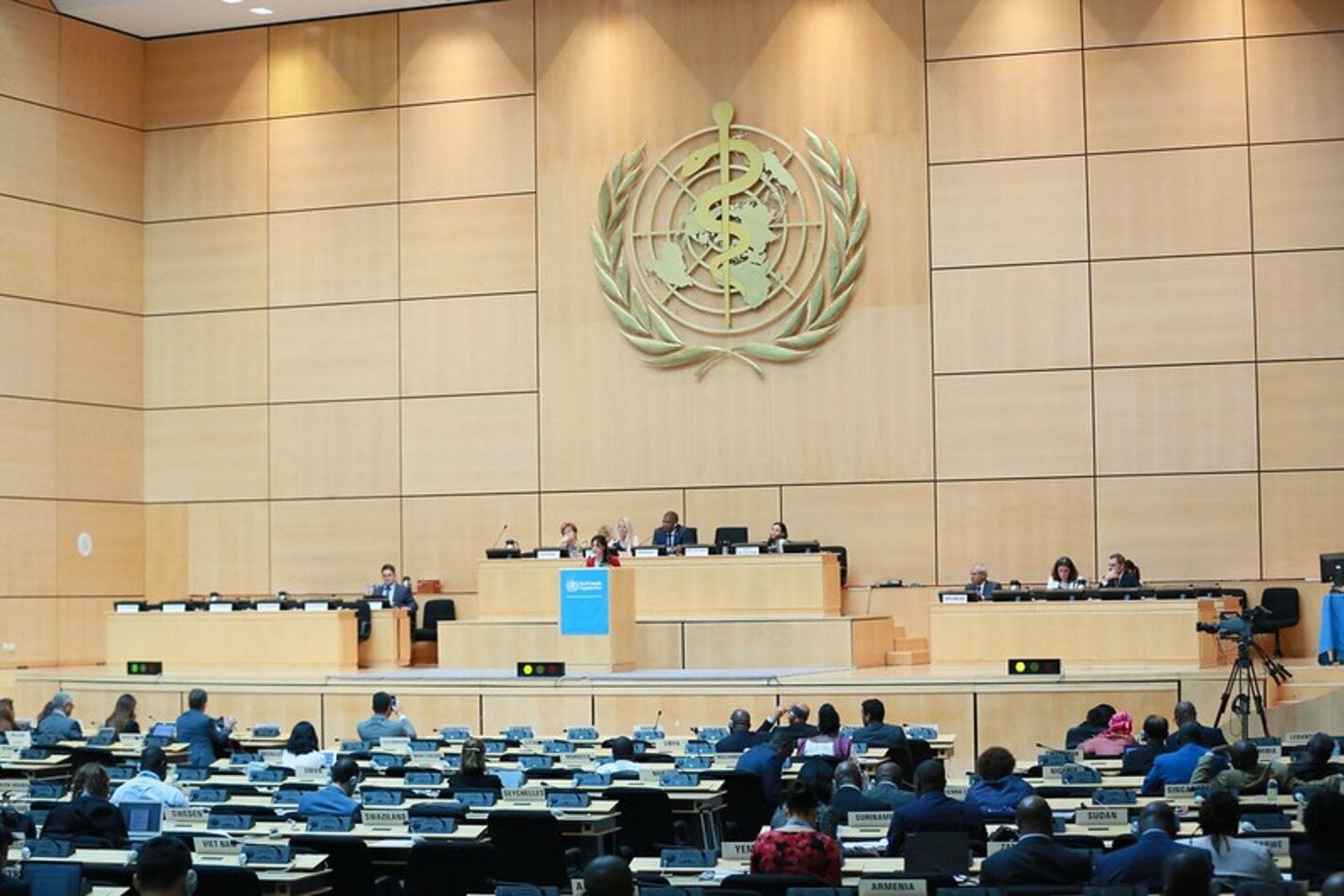 Geneva, 31 May 2017 (PAHO/WHO) - The 70th World Health Assembly closed today, with the adoption of a series of resolutions on major public health issues and the election of a new Director-General of the World Health Organization (WHO), Tedros Adhanom Ghebreyesus.

Closing the session, the outgoing Director-General of WHO, Margaret Chan, stressed that this World Assembly had been "historic" in terms of the number of items approved, interventions addressed, and participating delegates. The WHO budget was also approved, with an increase, and elections were carried out transparently and democratically, she noted. Chan also thanked the delegations and personnel.

In her final address to the Assembly as Director-General, Dr. Chan noted that investment in health produces significant and measurable results, and that the WHO is in a good position to provide success stories that the world is hungry to hear.

On 23 May, during the 70th World Health Assembly, the Member States of the World Health Organization (WHO) chose Dr. Tedros Adhanom Ghebreyesus as the new Director-General of WHO.

Dr. Tedros was nominated by the government of Ethiopia and will take office for his 5-year term on 1 July 2017. After the election, the Director-General-Elect was received by the 70th World Assembly, where he signed his contract of appointment up to 2022 and swore his oath of office before the plenary.

Cornejo underlined the commitment of the Americas to working with him for "a more dynamic, flexible, resourceful, and well-managed organization with the capacity to respond in a timely manner to the challenges we face in public health." He reiterated the Region's call to "strengthen the leadership and coordination role of WHO as a health agency of the United Nations system" and to "have solid mechanisms of communication and coordination" that can facilitate the adoption of multisectoral measures to address the determinants of health in a coordinated manner.

During the 70th World Assembly, country delegations adopted a series of resolutions on the following subjects:

These are only some of the subjects approved in this Assembly, held from 22 to 31 May. The delegates also reviewed a progress report on the health-related Sustainable Development Goals and a decision requesting that the Conference of the Parties (COP) to the WHO Framework Convention on Tobacco Control (FCTC) provide information on outcomes of their biennial meeting to future World Health Assembly meetings.

- More information on the adopted resolutions

Highlights of the countries of the Americas

The countries of the Americas played a key role during the 70th World Health Assembly, sponsoring side events on a wide range of subjects, as well as working on the Sustainable Health Agenda of the Americas, receiving recognition, and making commitments. Some highlights included: