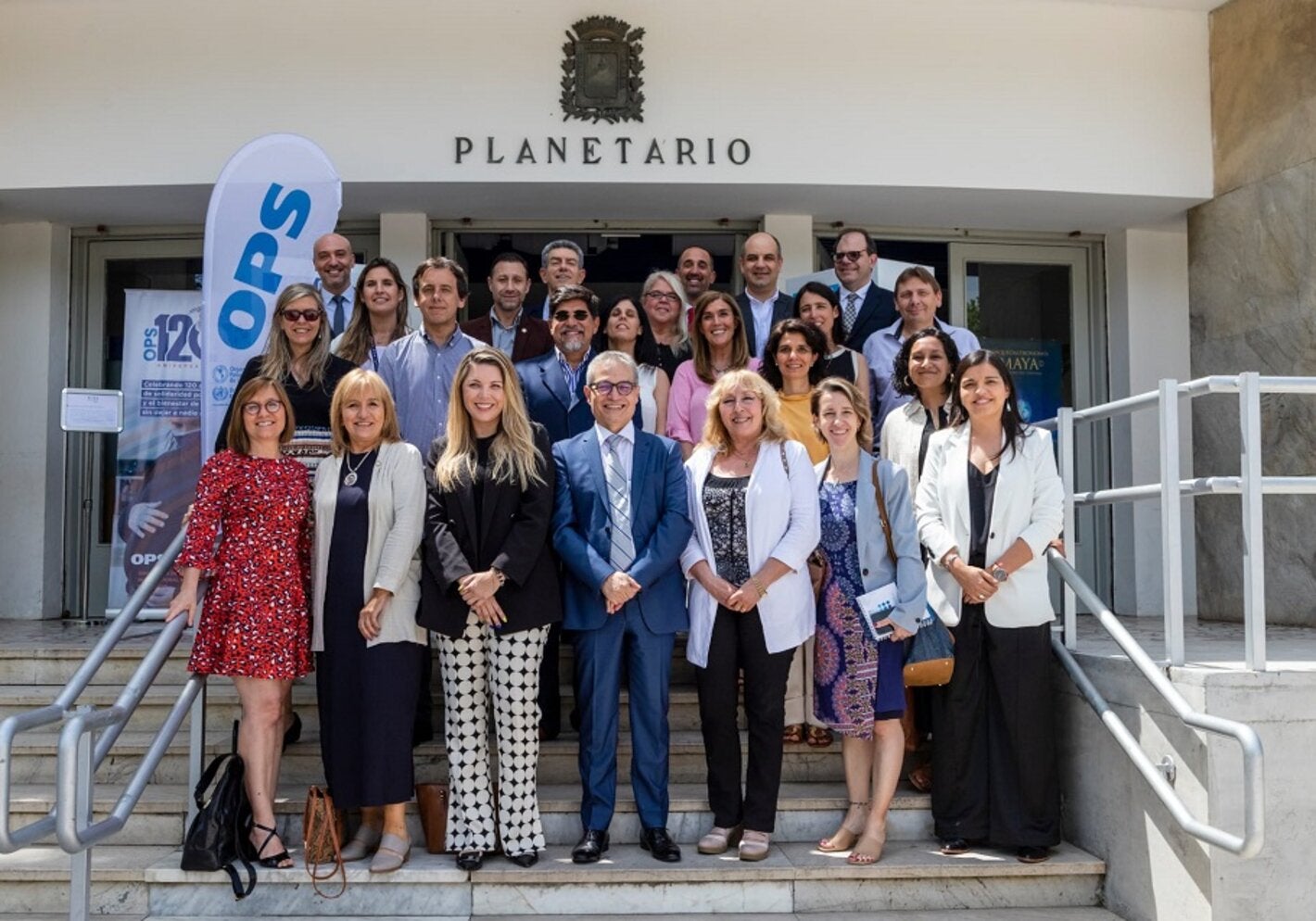 Montevideo, December 5, 2022. In the framework of the celebrations for the 120th anniversary of the Pan American Health Organization (PAHO), part of the team of the Latin American Center for Perinatology - Women's and Reproductive Health (CLAP/WR) participated in the activity organized by the PAHO Office in Uruguay.

During the event, which took place at the Municipal Planetarium in Montevideo, the PAHO representative in Uruguay, Hernán Montenegro, greeted the CLAP/WR team and said that for the country and for the organization it is a source of pride to count on this institution to advance the quality of care for women, mothers and newborns.

Uruguay's Minister of Public Health, Daniel Salinas, and the United Nations Resident Coordinator in Uruguay, Pablo Ruiz, also participated in the activity, among other national and departmental authorities, as well as strategic partners of the organization.

During the event, the planetarium was decorated with photos depicting some of the moments experienced during the Covid 19 pandemic and special recognition was given to journalists for their work during the pandemic.

It should be recalled that CLAP was created by the Uruguayan physician Roberto Caldeyro Barcia, the father of perinatology.

In the 1960s, at the School of Medicine of the University of the Republic, Caldeyro Barcia and Hermógenes Álvarez made great discoveries regarding childbirth. Fetal distress, intrauterine resuscitation and the recording of fetal heart rate were some of the discoveries that led hundreds of health professionals, linked to gynecobstetrics and pediatrics, to travel to Montevideo to be trained in research on the subject.

On July 28, 1970, an agreement was signed between PAHO, the University of the Republic of Uruguay and the country's Ministry of Health to create the center.