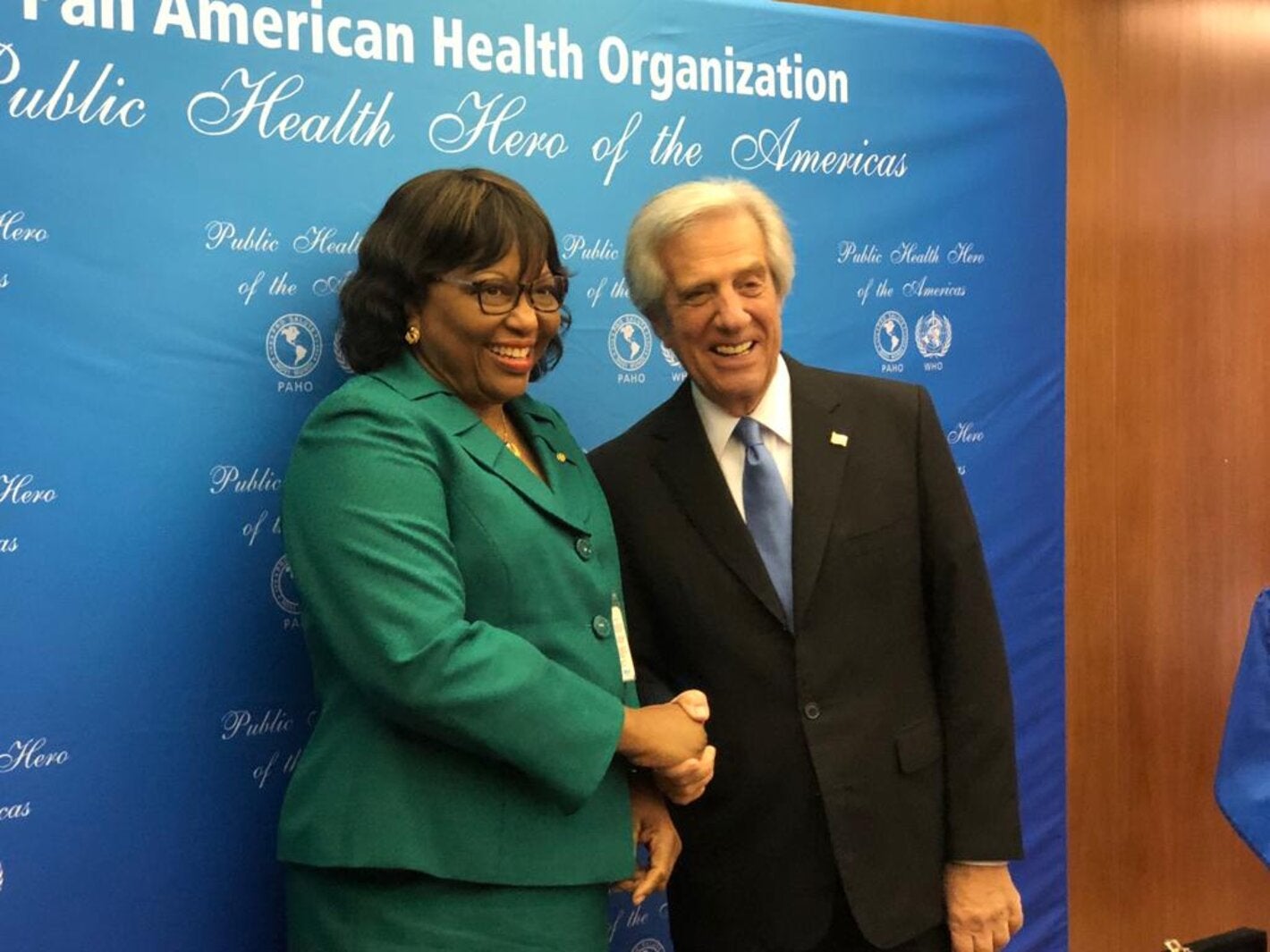 Washington, DC, December 6, 2020 (PAHO) - The Pan American Health Organization (PAHO) marks with great sadness the passing of former Uruguayan President Tabaré Vázquez, who was distinguished in 2018 as a Public Health Hero of the Americas for his fight against tobacco and his leadership in the protection and promotion of health.

“Dr. Tabaré Vázquez was a consummate defender of public health. His lifelong work demonstrates a deep personal commitment to improve the health and well-being, not only of Uruguayans, but also of many others in the region and around the world,” said PAHO Director Carissa F Etienne.

In 2006 under his leadership, Uruguay became the first country in the Americas to ban smoking in closed public places and workplaces.

In 2010, after the implementation of measures to control the labeling and packaging of tobacco products in Uruguay, the tobacco company Philip Morris filed a lawsuit with the World Bank's International Center for Settlement of Investment Disputes, alleging that the measures were in breach of a bilateral investment treaty. In July 2016, however, an arbitration court upheld Uruguay's right and obligation to protect the health of its population with measures in line with the WHO Framework Convention on Tobacco Control (FCTC).

This ruling was not only a milestone in tobacco control measures around the world, but also an essential element for other countries to advance their efforts to promote similar tobacco control policies.

Years later, he promoted a series of measures to guarantee the neutral packaging of tobacco products, and his leadership extended to the fight against non-communicable diseases (NCDs) in general. He promoted measures to incorporate front warning labels on food products with high sugar, salt and fat content so they could be easily identified.

In 2017 during his second presidency, Vázquez hosted the WHO World Conference on Noncommunicable Diseases, which concluded with a global commitment to reduce the suffering and deaths caused by NCDs, which are the world's leading cause of death.

In May 2018, the former Uruguayan president also received the WHO Director-General's Special Recognition for World No Tobacco Day, the only special recognition given that year.