Each year in the region of the Americas 77 million people suffer from foodborne diseases (FBD). The international health organization works together with the countries of the region to strengthen their food control systems and emphasizes that this type of disease can be prevented.

Rio de Janeiro, Brazil, June 7th, 2022 (PANAFTOSA/SPV-PAHO/WHO) – Food safety is a global public health priority as the consumption of unsafe food poses health threats and endangers everyone's life. According to the World Health Organization (WHO), infants, young children, pregnant women, the elderly and people with chronic diseases are particularly vulnerable. Diarrheal diseases affect some 220 million children each year, of whom 96,000 end up dying. Unsafe food creates a vicious cycle of diarrhea and malnutrition that compromises the nutritional status of the most vulnerable.

This year's World Food Safety Day has the theme: “Safer food, better health”. The Day calls for actions and measures to prevent, detect and manage risks transmitted by food and improve human health.

Human behavior, the way food systems are created, and how food supply chains are managed can prevent hazards such as infectious pathogens (bacteria, viruses, and parasites) and chemical contaminants from ending up in food. Investments made in more sustainable food systems will also result in long-term benefits for human, animal, environmental health, and the general economy of the countries.

The WHO estimates that each year some 600 million people worldwide - almost 1 in 10 inhabitants - get sick from eating contaminated food and that 420,000 die from this same cause. Unsafe food causes lost productivity and medical expenses, as well as damage to the economy and trade.

According to the World Bank, foodborne diseases cost US$7.4 million annually in lost productivity in society, overburdening health systems and reducing economic development as a result of loss of confidence in safe tourism, production of food and in the marketing system.

In Latin America and the Caribbean, the Pan American Health Organization (PAHO), through its technical cooperation actions in food safety, coordinated by the Pan American Center for Foot-and-Mouth Disease and Veterinary Public Health (PANAFTOSA/SPV-OPS/ WHO), is working with the countries of the region to strengthen their food control systems through its five pillars: standards and regulations; education and communication; surveillance; inspection and laboratories.

It is estimated that in the region of the Americas every year 77 million people suffer from foodborne diseases (FBD) and more than 9000 die. Of the total number of patients, 31 million are children under 5 years of age, of whom more than 2,000 die. FBDs are preventable and it is possible to help prevent them.

The reason for a World Day
The United Nations General Assembly adopted a resolution in December 2018 proclaiming World Food Safety Day. Beginning in 2019, every June 7th will be a time to celebrate the benefits of safe food.
PAHO, through PANAFTOSA/SPV-PAHO/WHO, collaborates with governments in the region to strengthen food safety systems throughout the entire food chain, from production to consumption. 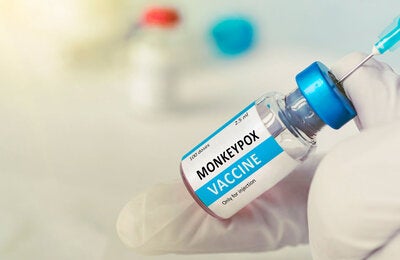