Washington, D.C. February 2, 2021 (PAHO) – Erin Brown often thinks of her mother, a vibrant woman who lost her life to lupus in 1998. From the ages of 12 to 17, Erin watched her mother fight cancer until her last breath. So when Erin learned in 2004 that she also had been diagnosed with a serious disease, advanced osteosarcoma, she prepared herself for a battle.

I went into warrior mode. I was eager to hear the next steps. I immediately asked the doctors, ‘What are we going to do about it?’”

Her cancer, osteosarcoma, is a type of bone cancer prevalent in children and young adults. Osteosarcoma often develops near the ends of the leg or arm bones, and pain and swelling in the affected areas are common symptoms. Rare or uncommon types of osteosarcoma can weaken the bone enough to cause fractures, which is how Erin’s struggle began.

She broke her leg after slipping down the stairs during her senior year at college. She was a business management student, a track-and-field athlete, and president of the student body. When her leg was examined, doctors found a mass in her bone. The following year, she fell again.

Erin underwent another series of diagnostic tests, including an MRI. They also conducted a biopsy and put her entire leg in a cast. A few weeks later, doctors informed her that she had stage 4 osteosarcoma. Two months after finding out, she was preparing to begin aggressive treatment, which included inserting a port in her chest to receive chemotherapy. “It was all very dramatic,” she says. “Everyone I told was really shocked.”

She had thought that chemotherapy would take only a few days. But the days turned into months and then into more than a year. “During this time, I had started recalling what my mother and I had felt when she was battling cancer,” she says, adding that she did not want her son, Aaron, to go through the same kind of experience. “I was determined to put a different spin on it. I just don’t dwell on negative things. I think I find solutions and I move on.”

I lost my hair and my gums turned black. Everything the doctors said could happen did happen. But I never wanted to scar my son or lose my focus. I always focused on the positive – like not needing to shape my eyebrows or remove hair from my arms!”

Still, she was shocked when she found out that might lose her leg. She was told right before her first planned surgery that doctors would try to replace the bone in her leg, but that if that wasn’t possible, it would have to be amputated. Even if the bone could be replaced, the cancer might spread to the lower part of her leg.

Throughout her treatment, she struggled to pay her medical bills. One of her shots cost $200, and she had to take it three times a day for three months. She was only able to afford the medicine because the manufacturer had a special program for cancer patients.

“I thought that if I am going to die, then let me know, because my family is struggling for every penny to pay for my treatment,” she says now. “I would rather spend this time making memories with my son and my dad.”

At one point, she met a physician who was director of osteosarcoma research at a major hospital. He offered to do her surgery on a pro bono basis, because her case was unusual. Her tumor was large, and the remaining bone was fingernail thin. Yet she had no other tumors in vital organs, and she had been walking on her leg and playing sports before her accident. “Obviously, it was hard, but I am still here,” she says of the amputation. “I am a mother. I need to carry on.”

Years later, her cousin, who was like a sister to Erin, would die from cancer. Her cousin developed sarcoma, which affects the soft tissue of the spine. She passed away in 2018, and Erin says her death “was and still is the most difficult experience of my life.”

Erin’s cousin’s death, along with her own struggle, fueled her passion for universal health care. In 2018, she was involved in a universal health campaign in the Bahamas undertaken by WHO and the Pan American Health Organization (PAHO). PAHO provides support to member nations in the Americas to strengthen health services and work toward universal health, including care for cancer patients.

All people and communities should have access to health care wherever they are and whenever they need it, regardless of their financial circumstances. This means involving all sectors of society to fight poverty, social injustice, educational gaps and poor living conditions, which are among the factors that influence people’s health.”

Erin says, “When someone is fighting cancer, they need all the support and treatment they can get,” she says. “They should not feel as if they are being drained of their money.”

Since her leg was amputated, Erin has transformed her life. Her son is now 17, and she has a five-year-old daughter. And she has become a disability rights activist. 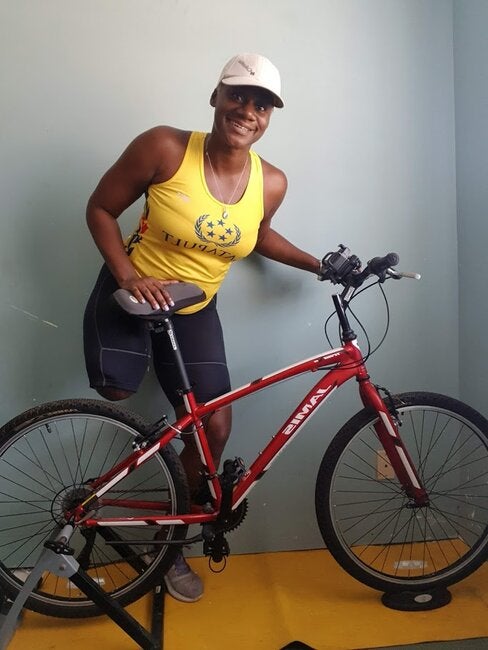 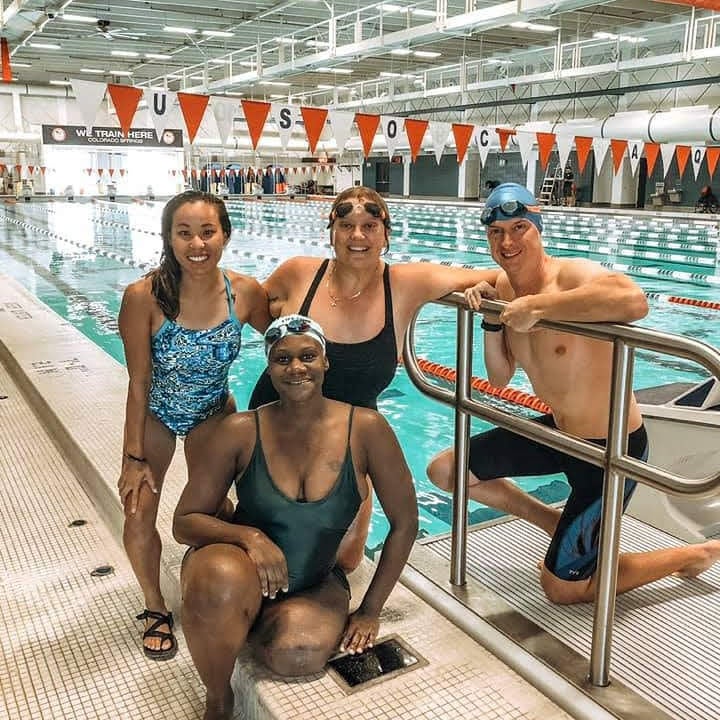 She’s now working at the University of The Bahamas in its one-person office of disability rights and with the Ministry of Health. There, she advocates to make health services accessible to disabled people and for employment inclusion. She hopes to one day become a disability rights lawyer. And she is training for the next Paralympics, which is expected to take place in 2021 in Tokyo.

“Being disabled is not a downgrade,” she says. “It is just an opportunity to rebrand yourself to yourself and to society. All those skills you had before – you still have them. Disabled people have rights because they are human – as simple as that. They are worthy and they do not lack anything.” 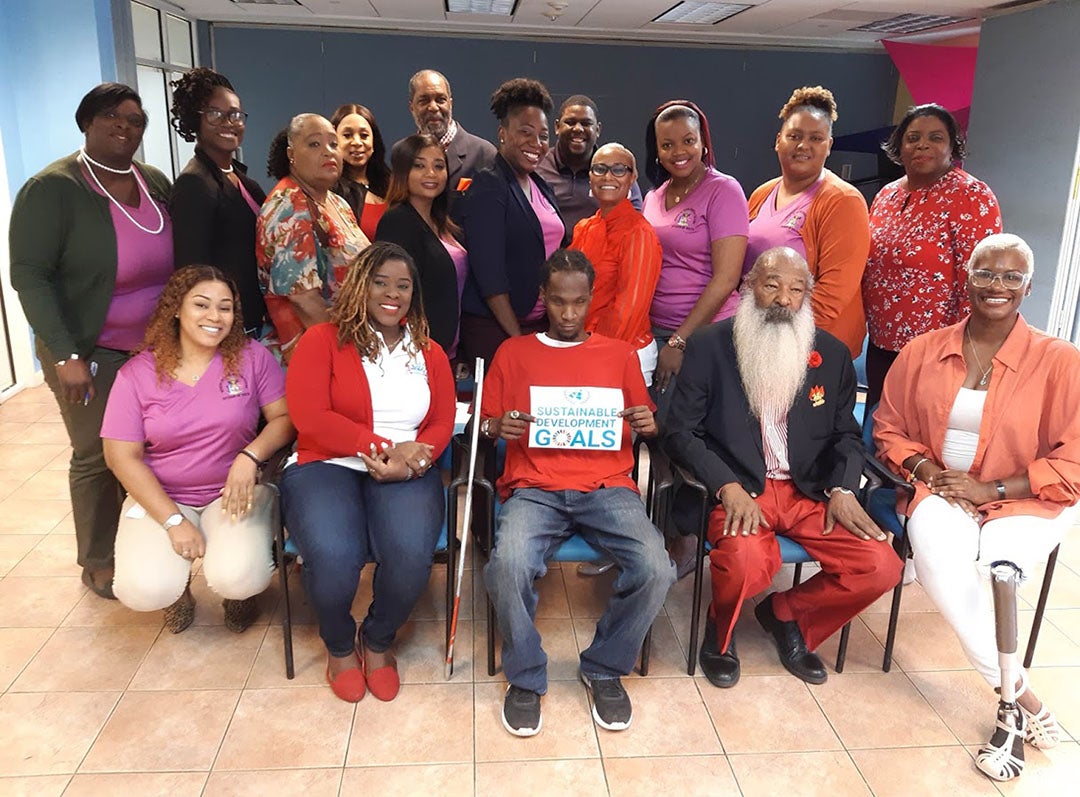 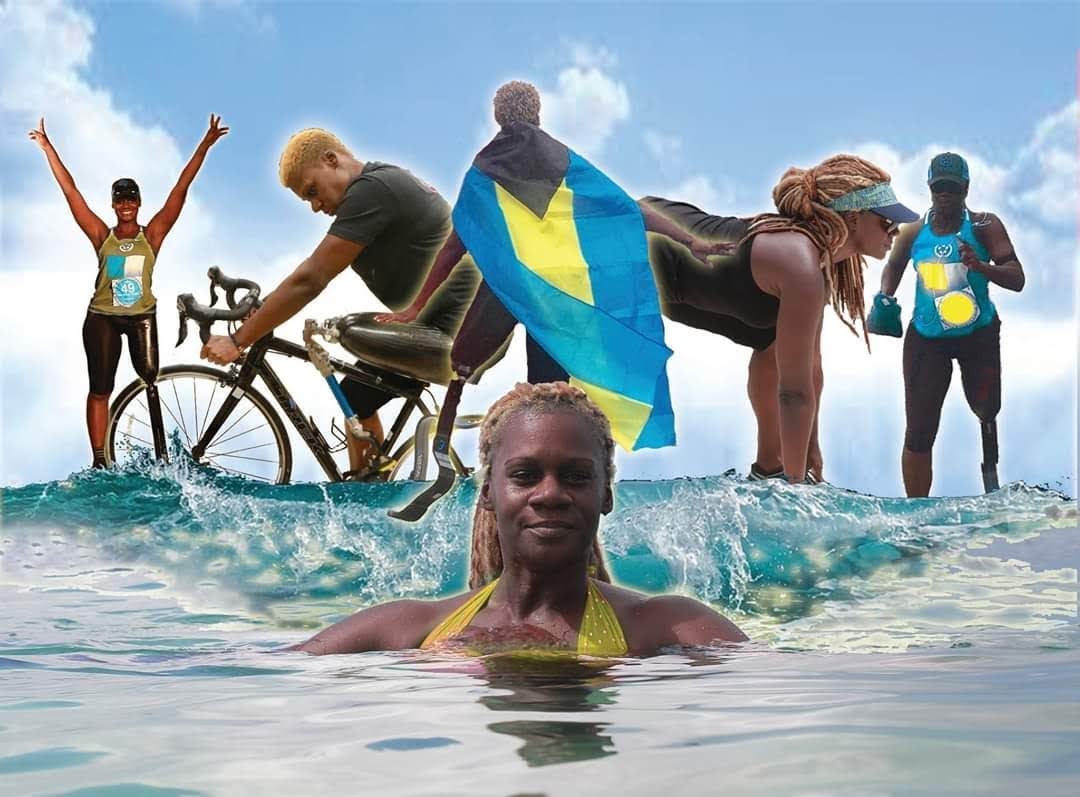