"When we immigrated, we lived in fear of the unknown," says Venezuelan doctor Yulimar Serrano Alarcon, who left Caracas with her three children on a week-long treck to the state of Roraima in Brazil. Yulimar lived in a shelter in the capital Boa Vista between 2019 and 2020, where she worked as a PAHO facilitator on the project Strengthening Local Capacities in Mental Health and Psychosocial Support in the Context of Migratory Flow. Yulimar recalls the fear she felt when she arrived in a country where a different language is spoken and where she had no home or support network.

One of the pillars of the project involved training migrants to build mutual help and support groups as a strategy to strengthen family and community bonds in shelters and makeshift settlements. Yulimar was one of 22 community leaders trained in the project to act as a group facilitator. With what she learned she was able to channel the fear and uncertainty that she had experienced on arrival and use it to help and  empower her own community. “Support consists of organizing activities where people suffering anxiety and psychological problems can learn different ways to address them. This can involve therapy, walking, knitting, or whatever. Any motivating activity that can encourage and give people hope is welcome. ”

Leany Torres, a Venezuelan indigenous leader and PAHO facilitator, confirms that the experience in the mutual aid groups eventually makes everyone stronger. “When we got together, we started telling our stories. And we soon realized that we were not alone. When we are united, the problems are not as big as when we have to face them alone. ” 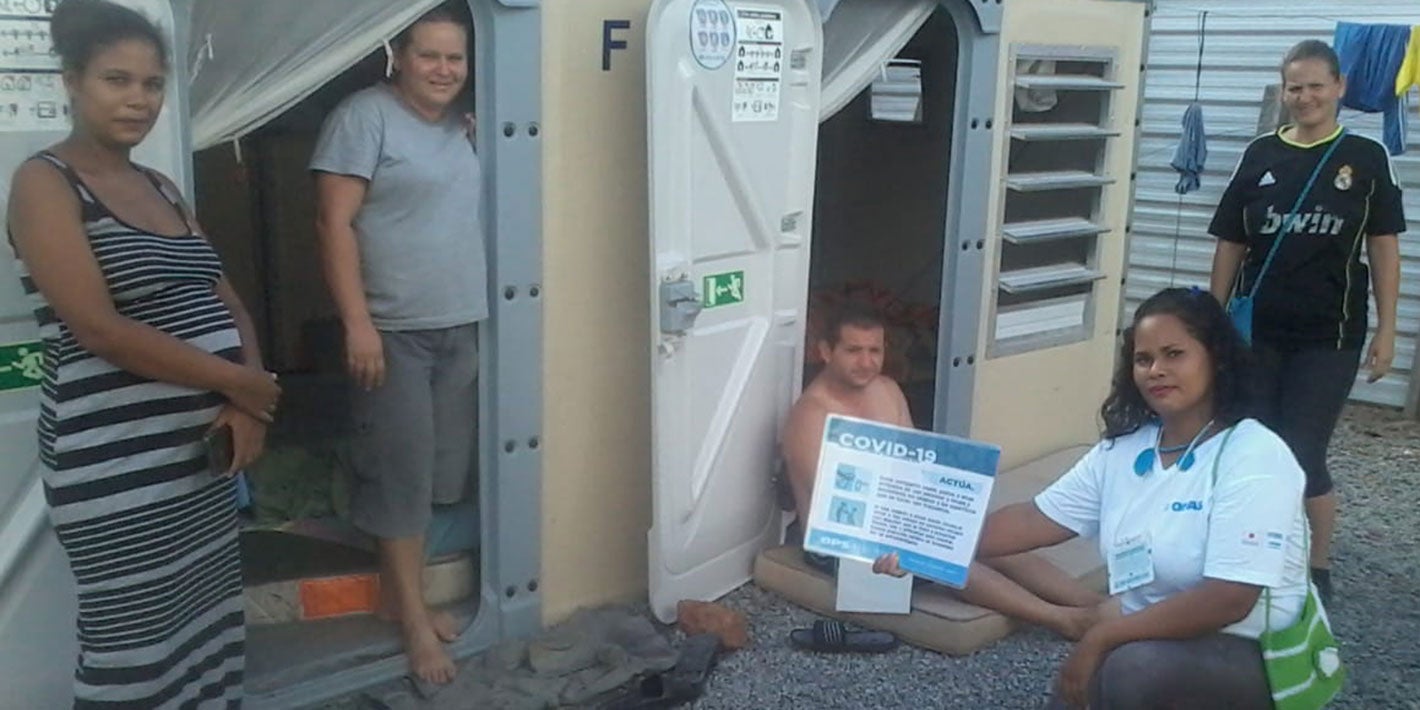 The project began a few months before the coronavirus outbreak and it became even more important for the immigrant population during the pandemic. In Leany’s words: “When COVID-19 hit, we knew that things would change. After a few weeks, we received instructions to act not only as facilitators of the help group, but also as agents for protection against COVID-19 (…) The task was not just about how to prevent it, but how to recognize what the symptoms were, and what could be done about it. We explained things in both Spanish and the Warao language, and there was also a translator for the Eñepa language. ”

A total of 1,685 migrants, including children, adolescents, adults, and seniors benefited from the mental health promotion and psychosocial support actions linked to the project, and 2,893 people received guidance on how to protect themselves from COVID-19.

Click here to learn more about the project (In Portuguese)

Watch the following video (in Portuguese) to learn more about the project: