Stronger together: A story of solidarity, psychosocial support and hope in the time of COVID-19

In the middle of the pandemic, government and community support networks have been key to keep Betsiré Angulo, a Venezuelan migrant who came to Colombia to make a new life for herself and her family, healthy and afloat.

Betsiré Angulo knew her decision would totally change her life. For a 27-year-old single mother trained as a lawyer and police officer, being unemployed in Venezuela meant having to opt for drastic measures like migration. Even so, she didn´t think about it twice: on March 21, 2018, she resigned from her job and a week later, alone, without knowing anyone and with 360 thousand pesos in her pocket (about 94 US dollars), she set out on the 'path of the trails' (unofficial routes) toward the capital of Colombia.

She arrived in Bogotá on a rainy and gray day; there was a cold in the air for which she was not prepared and that she will never forget. She cried for four hours straight. Finally, between sobs, she aimlessly took a taxi. During the trip, the driver was moved by her story and ended up helping her find a decent room to live in. Without papers, a job or friends, getting a decent roof over her head was quite a feat.

A few days later, she got a hold of Venezuelan newspapers from other migrants that she exchanged for coins, flour or lentils; in this way, she was able to eat and raise rent money. As a believer in the Christian faith, she also quickly approached the church in her neighborhood. It was there that a community member helped her get a job in a public school cafeteria.

Betsiré was more than ready for the job. Since she was 12 years old in her native Maracaibo, she had sold coffee and arepas at her school to help contribute to her family´s income. Now, she was starting over after being trained as a lawyer and criminal investigator – successes that had made her the hope of her family.

Thanks to her work in the cafeteria, she was able to find a better place to live and, most importantly, bring over her son Stevens, who was 6 years old at the time. There were days that Betsiré would take him to work with her. Although the child would stay still under the counter throughout the entire day, the risk of burning him when she used hot water to prepare food outweighed the fear of leaving him alone. And so little Stevens began to spend entire days in that empty room where they lived, doing absolutely nothing.

Betsiré's persistence was soon rewarded. A few months later, the same school that had hired her went on to accept her son as a student. She was also then able to bring her 15-year-old sister Estefanía to study. 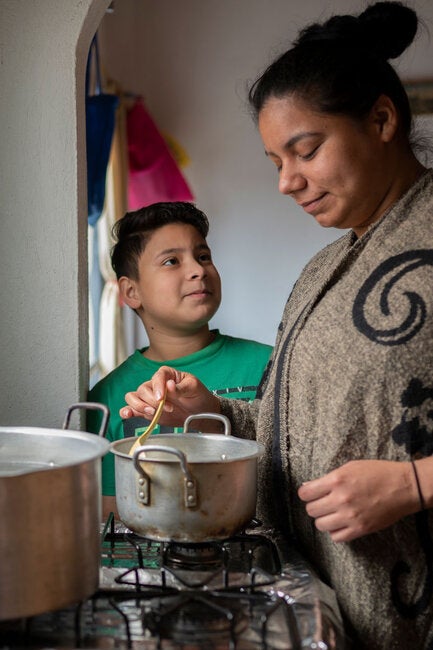 New challenges during the COVID-19 pandemic

On March 6, 2020, the COVID-19 pandemic arrived in Colombia, bringing with it a new tragedy for Betsiré. Schools closed, and she lost her job. With two mouths to feed, she had no time to lose. She looked everywhere for help and found the Citizen Care Network, a platform created by IDPAC, an entity attached to the Mayor of Bogotá´s Office, that encourages community participation and care for and the most vulnerable populations. To receive support, the person seeking help writes about their situation, and the citizens can choose whom to help. This is how Betsiré received a food voucher from an anonymous person that she used to survive for several weeks.

She also obtained a monetary subsidy as part of the Bogotá Caregiver program, an initiative that the Mayor's Office arranged to address the humanitarian emergency caused by COVID-19 that includes various forms of support, from in-kind subsidies, school meals, and care for the elderly, to solidarity leases, public service payments, deferrals in the payment of taxes, and credits.

“Social support programs and the strengthening of social cohesion in communities are both essential to meet the needs of people in vulnerable situations,” noted Dr. Gina Tambini, representative of the Pan American Health Organization (PAHO) in Colombia.

"When we consider the health of a person, we must think not only about their physical and mental health, but also about the social, economic and cultural conditions in which they live and how these conditions impact their health." In this way, community support contributes to the health and well-being of the members of a community." 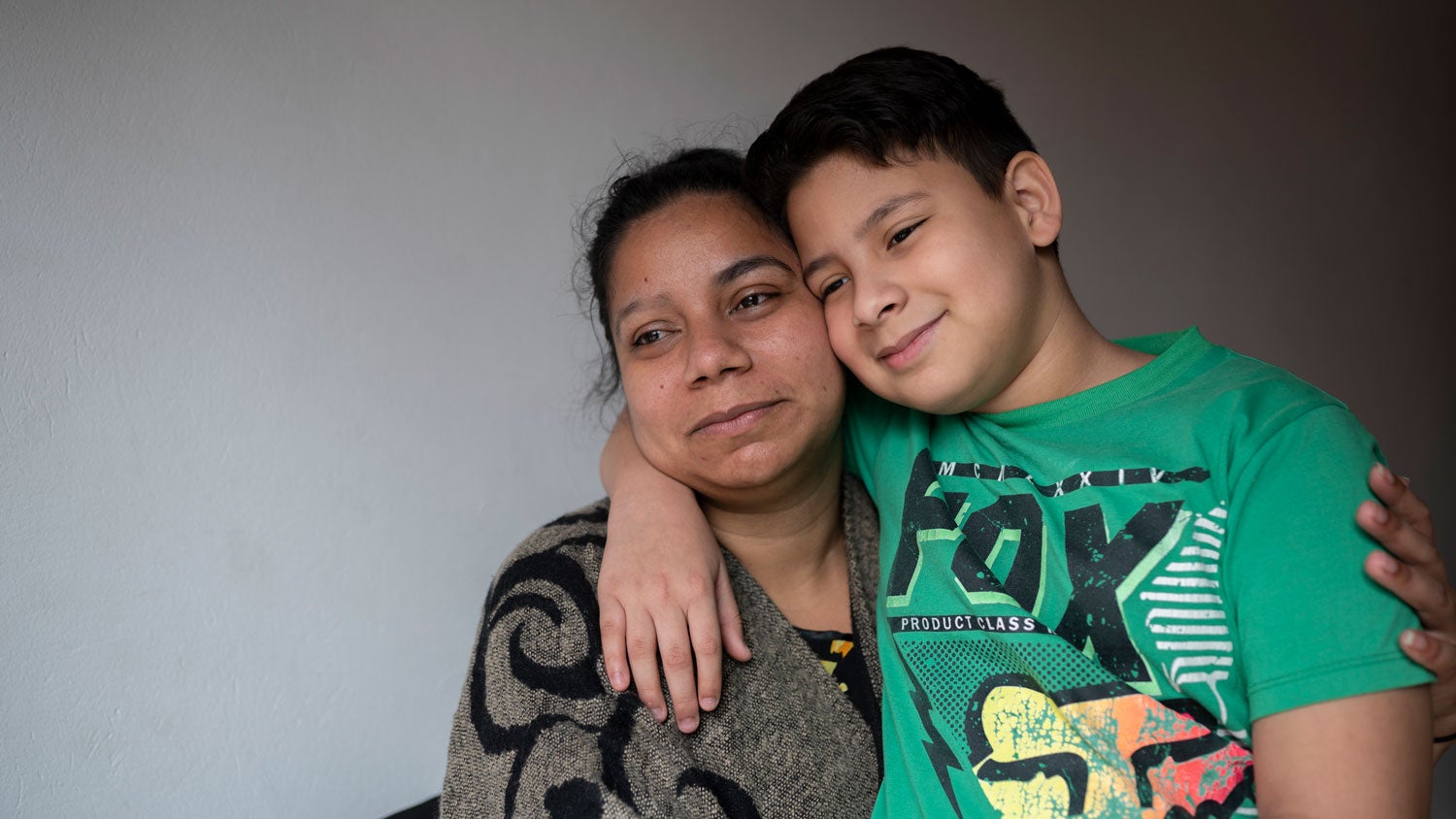 Betsiré kept looking for work. With the help of a guard from her church community, she was able to get a job as a domestic worker at a time when - according to the International Labor Organization (ILO) - nearly three-quarters of the world's domestic workers, or more than 55 million people, are at significant risk of losing their jobs and income due to the confinement caused by the COVID-19 pandemic and the lack of effective social security coverage for work in this field.

In Colombia, the picture is similar. According to the Great Integrated Household Survey of the National Administrative Department of Statistics (DANE), there are about 700 thousand domestic employees in the country, and only 17% have access to social security (health and pension). Eighty percent work informally, meaning without contracts or on a day-by-day basis. And six out of 10 women earn minimum wage or less. According to the National Trade Union School, as a result of the pandemic about 90% of women are confined in their homes and about 50% of them do not receive a salary.

Betsiré´s employer, who knows how it is to have your life uprooted but in different circumstances, understands how vulnerable migrants are, especially children and young people, who face risks such as drug use, sexual work, teenage pregnancy, sexually transmitted infections and suicide; but they also know about the vulnerabilities faced by informal workers who are also the heads of their families and who take care of their children alone, like Betsiré.

Betsiré is a tireless fighter and her story is a testament to the State´s social programs and the solidarity of Colombians, showing that with help, the most vulnerable of the vulnerable can build a life even during a pandemic. It also reaffirms that people are stronger together, a call made by PAHO in during its Wellness Week 2020 campaign, which encourages communities to support each other to face COVID-19 and its impact on mental health, while leaving no one behind.