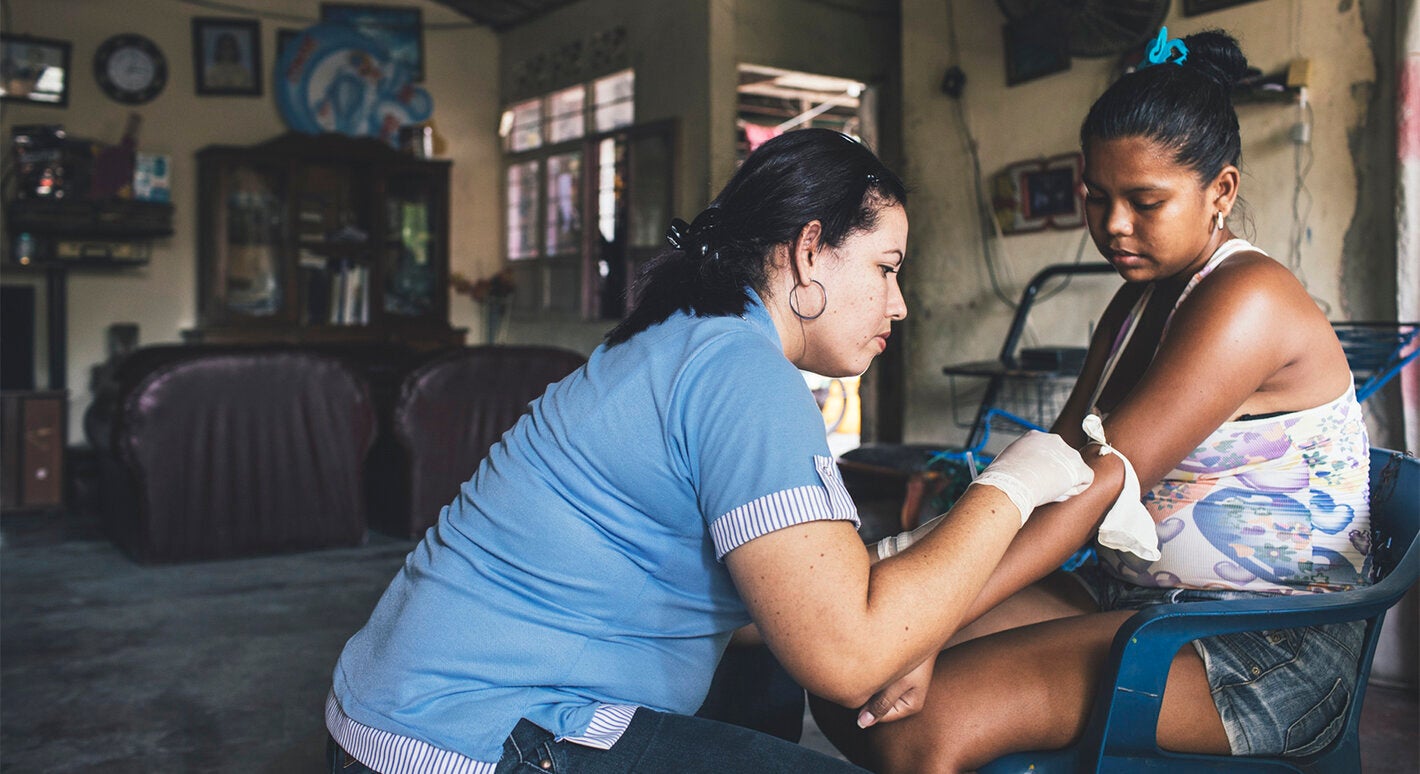 Washington, D.C., 1 October 2019 (PAHO/WHO) – Ministers of health participating in the 57th Directing Council of the Pan American Health Organization (PAHO) today agreed on a collective approach to eliminate more than 30 communicable diseases and related conditions in Latin America and the Caribbean by the year 2030.

Beyond the human cost on individuals, families and communities, communicable diseases also have a huge economic impact on health systems.

The PAHO Disease Elimination Initiative: A Policy for an Integrated Sustainable Approach to Communicable Diseases in the Americas targets a list of diseases considered to be prime candidates for elimination, including HIV, syphilis, hepatitis B and C, schistosomiasis, trachoma, Chagas disease, malaria, cholera, human rabies, and others.

“Beyond the human cost on individuals, families, and communities, communicable diseases also have a huge economic impact on health systems,” said PAHO Director Carissa F. Etienne. “A collective regionwide approach will enable countries to consolidate their efforts and resources to prevent epidemics and ultimately to put an end to these diseases once and for all.”

In addition to communicable diseases, the initiative targets cervical cancer as a disease with major potential for elimination as a public health problem. The initiative also seeks to eliminate open defecation and the use of polluting cooking fuels.

“We need to make medicines, diagnostic methods, vaccines and other technologies accessible to those who need them, especially vulnerable groups who are disproportionately affected by these diseases,” said Marcos Espinal, Director of PAHO’s Department of Communicable Diseases and Environmental Determinants of Health. “Eliminating communicable diseases is a vital part of achieving health for all, and as a region, we are very close.”

The Elimination Initiative sets out four strategic lines of action: integration of health systems and services to facilitate a comprehensive approach to multiple diseases, particularly at the primary care level; strengthening of disease surveillance and information systems to monitor progress toward elimination; addressing social and environmental determinants of health; and strengthening governance, financing, and leadership in ministries of health.

The initiative recognizes that disease elimination does not depend solely on the health sector but requires the engagement of other actors, both inside and outside government, with a clear definition of roles and responsibilities.

The Americas: pioneer in disease elimination

Throughout the past 116 years, PAHO and its Member States have played a leading role in disease elimination both in the Americas and globally. The Organization led the eradication of smallpox, gone in the Region by 1971 and globally by 1980, and the regional elimination of polio and neonatal tetanus in 1994 and 2017 respectively.

Thanks to the introduction of the hepatitis B vaccine into routine immunization programs over 25 years ago, the Region is also approaching elimination of perinatal and early childhood transmission of that disease, as part of the successful EMTCT Plus Initiative, which seeks to eliminate mother-to-child transmission of HIV, syphilis, hepatitis B, and Chagas disease. Additionally, the Region is also nearing elimination of onchocerciasis (river blindness), lymphatic filariasis and schistosomiasis.