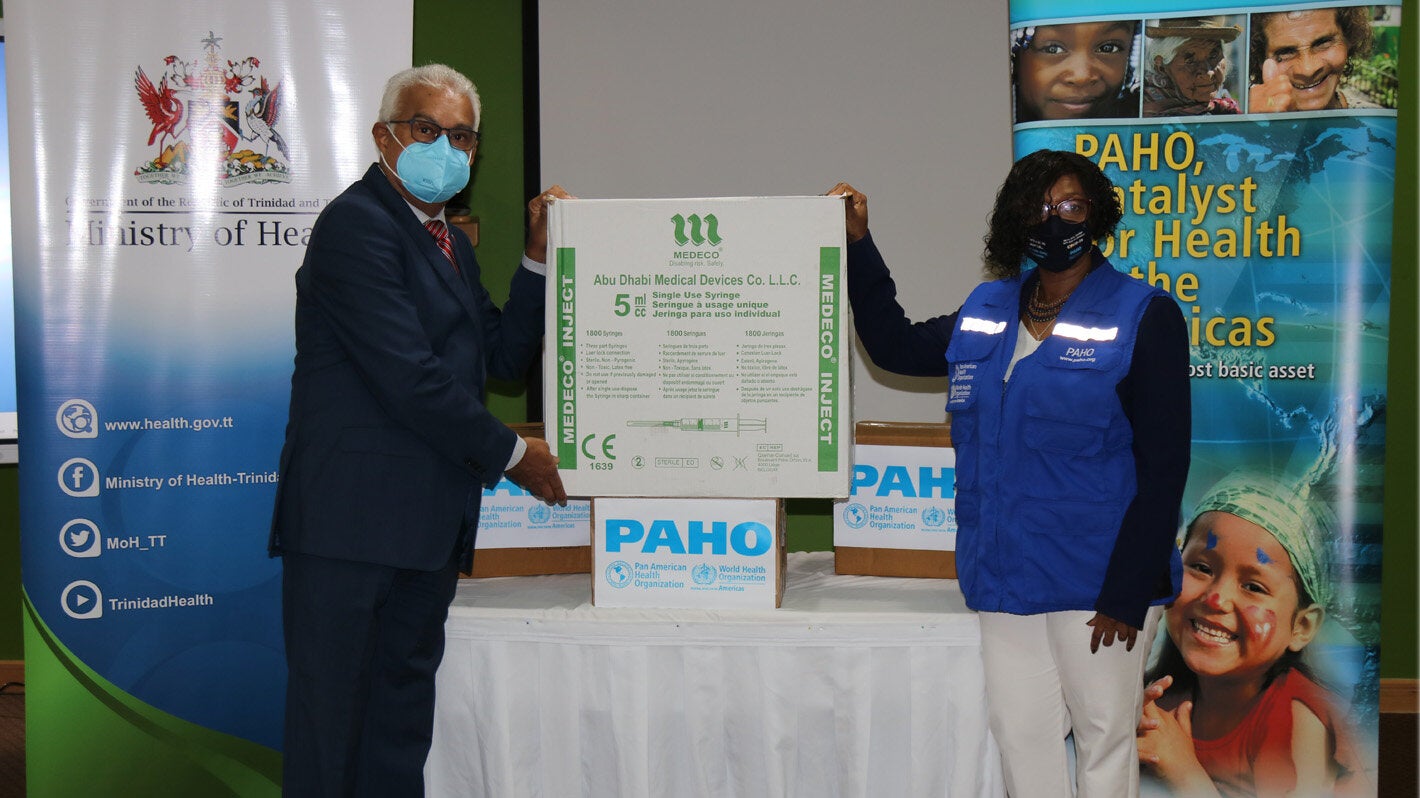 Port-of-Spain, Trinidad, 12 May 2022 – During a brief ceremony at the Ministry of Health, PAHO/WHO's Country Representative, Dr. Erica Wheeler, handed over medical supplies valued at approximately USD $34,000.00 to the Minister of Health, The Honourable Terrence Deyalsingh. The donation, made possible courtesy the Alma Jean Henry Charitable Trust (ATHCT), comprised 27,600 Medical AD Syringes  Needles. Which will assist the expanded program of Immunization in their vaccine roll out.

Ms. Alma Jean Henry was a prolific Trinidad and Tobago vocalist who gained international acclaim as a concert contralto opera singer, performing in Africa, China, Israel, Europe and the Caribbean. We remember her humanitarianism as much as her musical talent.

As founder/ Director of the IFFCARE (the International Fellowship for Care, Re-housing and Education Charity) and the establishment of the (AJHCT) in 2001, two years after succumbing to cancer in 1999, Ms Henry has left a legacy of philanthropy. The AJHCT has touched many lives, providing grants to other charities for the relief, support or education of homeless persons and other discretionary grants.

PAHO/WHO recognizes the contribution of its donors and is committed to strengthening these efforts in support of Trinidad and Tobago's COVID-19 response.

About the Pan American Health Organisation

The Pan American Health Organization (PAHO) works with the countries of the Americas to improve the health and quality of life of its population. Founded in 1902, it is the world’s oldest international public health agency. It serves as the Regional Office of WHO for the Americas and is the specialized health agency of the Inter-American system.