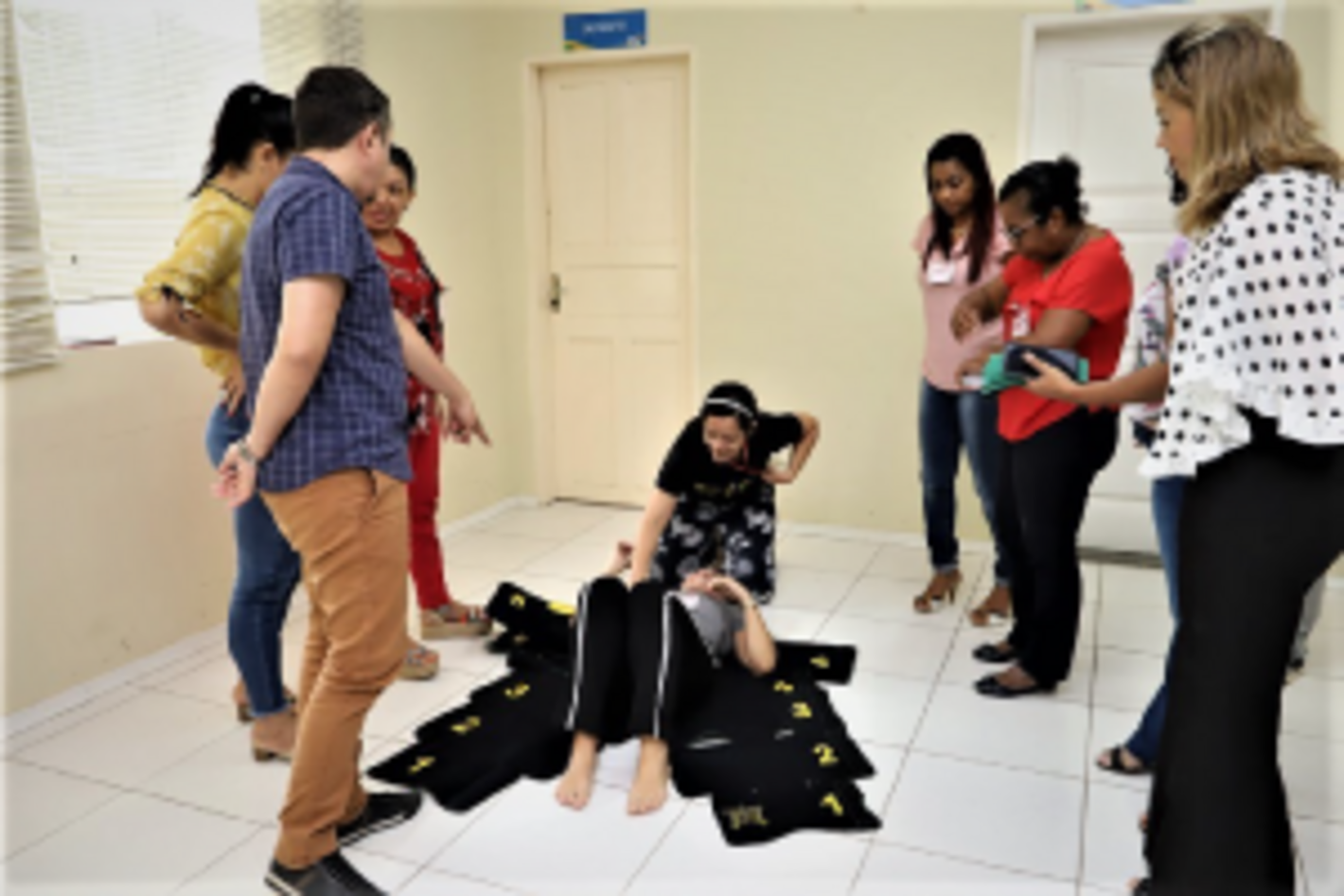 São Luiz, April 11, 2019 - The Pan American Health Organization / World Health Organization (PAHO/WHO)´s Latin American Center for Perinatology, Women and Reproductive Health (CLAP/WR) jointly with the Government of Maranhão, inaugurated this Thursday the "CUIDAR Room" [Care Room] at the High Complexity Maternity Hospital in Maranhão. The “CUIDAR Room” it is a network of emergency obstetric care that will look after all the states municipalities.

The “Cuidar Room” will operate full time counting with skilled health professionals capable of providing remote technical support to 67 hospitals for diagnosis, management and decision-making during obstetric emergencies.  “We have a team that will work 24 hours a day, with all the protocols signed and elaborated with PAHO/WHO, based on the best scientific evidence in the world,” said Carlos Lula, Secretary of Health of the State.

The drop in numbers in maternal mortality indicators during the last three years in Maranhão could be attributed to the technical cooperation and the implementation of best practices among other factors.

In this regard, Dr. Suzanne Serruya, CLAP/WR Director, expressed that there is no magic formula to reduce maternal and infant mortality, but today science has the necessary tools to achieve this goal: “We have enough evidence to help in critical moments of care. We know that the death of women is often a succession of small mistakes at key moments,” she said.

According to Dr. Haydée Padilla, Coordinator of PAHO/WHO's Family, Health Promotion and Life Course Unit in Brazil, the results obtained in Maranhão were only possible thanks to the combination of three strategic points: “political decision, technical capacity and availability of financial resources”. For Dr. Padilla, this is the necessary equation for decision making that will benefit the entire population.

During the first stage of the service, the focus will be mainly towards hypertension and haemorrhage during and after childbirth, the two main clinical conditions that lead to morbidity and mortality of mothers and newborns.

It is the framework where two obstetric emergency kits were delivered, including the anti-shock garment, which allows temporary control of bleeding, helping to increase women's survival while waiting for procedures or being transferred to a referral health center. The units will receive training in the use of the equipment.

It is in this effort to improve perinatal health in the state of Maranhão that Dr. Serruya also visited the Ninar Support House, which assists in the treatment of babies with diseases that affect their neurodevelopment. Besides, she had a meeting with State Governor Flávio Dino and participated in the Seminar "Structure of the Maranhão State Maternal and Child Network".

Source: in base of information from the Secretaria de Estado da Saúde do Maranhão and PAHO Brazil.