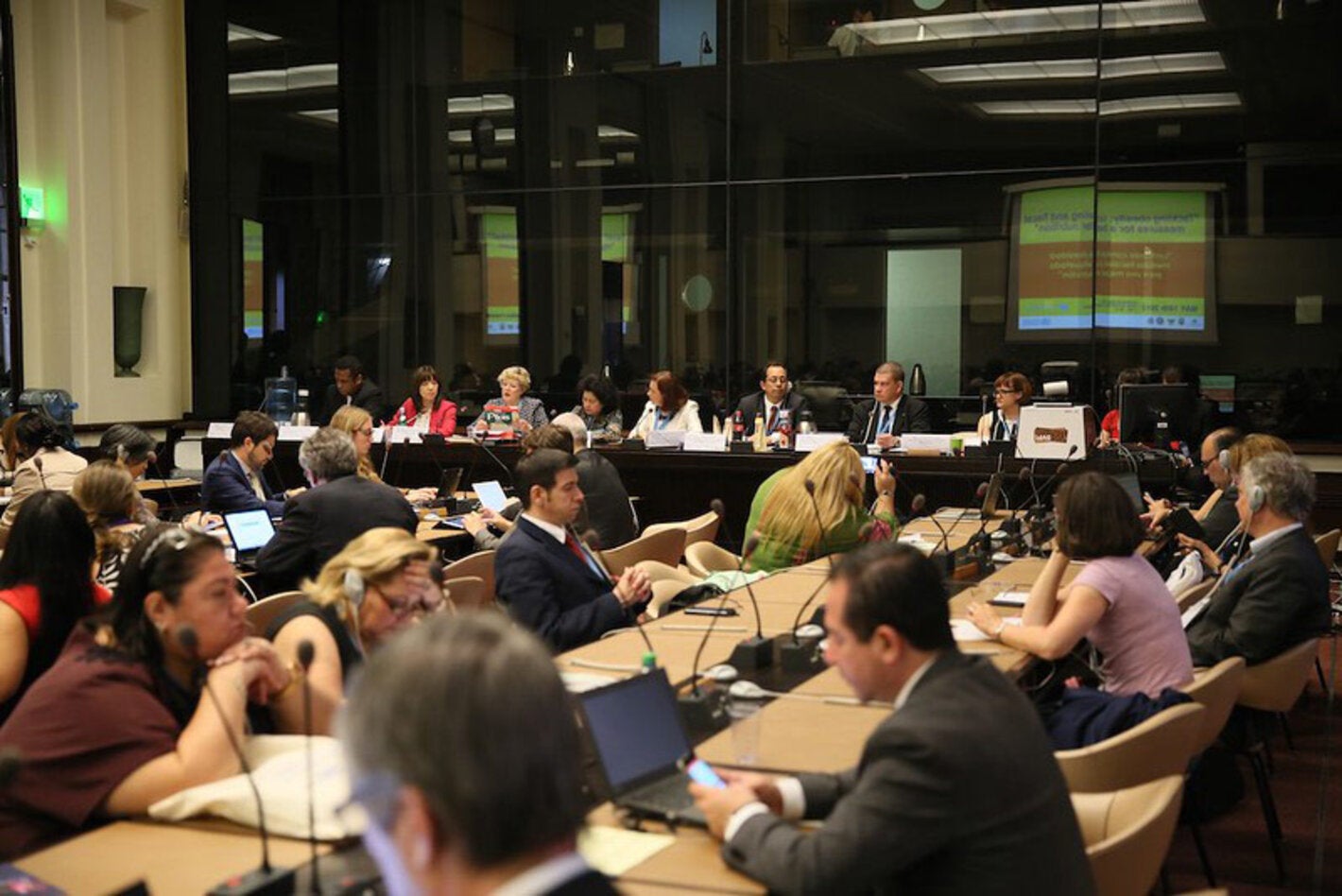 Geneva, 20 May 2015 (PAHO/WHO)- Today at the World Health Assembly in Geneva, Switzerland, which ends on May 26, the Member States of the World Health Organization (WHO) agreed on a new global malaria strategy to be implemented between now and 2030. The Organization's 2016-2017 budget was also approved.

Between 2000 and 2013, the global malaria mortality rate dropped by 47%. A major expansion of the WHO-recommended core package of measures — vector control, chemoprevention, diagnostic testing and treatment — has proved both cost effective and efficient. Nevertheless, millions of people are still unable to access malaria prevention and treatment, and most cases and deaths continue to go unrecorded and unreported. In 2013, malaria killed an estimated 584,000 people.

There were 430,000 confirmed cases of malaria in the Americas in 2013, and 82 recorded deaths. Mortality from malaria was reduced by 78% between 2000 and 2013, while the total number of confirmed cases was reduced by 64%. Eighteen of the 21 countries of the Region with endemic malaria are anticipating a 75% reduction in incidence rates for 2015.

The new WHO-approved strategy aims to build on recent successes to radically reduce this figure. Developed in close consultation with endemic countries and partners, the strategy provides a comprehensive framework so countries can develop tailored programs that will sustain and accelerate progress towards malaria elimination.

Member States also approved WHO's proposed Program Budget for 2016-17. The US$4.4 billion budget includes a US$236 million increase over the 2014-15 program budget to meet the countries' needs; leverage the experience gained during the Ebola outbreak; address emerging priorities such as antimicrobial resistance, health and the environment, malaria and viral hepatitis; and implement resolutions passed by the Assembly and WHO's Regional Committees. Additional funds will also be used to further strengthen transparency, improve risk management, and enhance accountability.

Issues including Ebola, antimicrobial resistance, and the global vaccine plan are still pending discussion by the working committees of the World Health Assembly, which concludes its sessions the next week.

Ministers of the Americas in the plenary

In the meantime, ministers and delegates of the Americas addressed the plenary of the World Health Assembly regarding the need to ensure that every country has a solid health system ready to face any adversity. They made reference to the lessons learned during the Ebola outbreak and highlighted the Region's achievements with respect to the resiliency of health systems.

Representatives of 21 countries of the Region spoke before the plenary to share their perspectives, which included considerations on the recent introduction of the chikungunya virus into the Region, reforms to advance universal healthcare access and coverage, concern over the cost of drugs and certain vaccines, thoughts on the availability of human resources for healthcare, and praise for the Americas for having eliminated rubella.

For more information:
— Ministers of the Americas share experiences and proposals for strengthening health systems
— Representatives of the Americas examine regional and global health challenges and achievements

Delegations participate in side events

Additionally, various technical sessions were held parallel to the plenary. In one of them, the lessons learned during Ebola outbreak in West Africa were shared. Another, held on May 20, examined climate change and its impact on human health as a topic to be included in the discussions that will take place in Paris during the next Conference of the Parties to the United Nations Framework Convention on Climate Change.

The delegations of the Americas were also active in organizing events on more varied health issues. Colombia, Guatemala, Mexico, and Uruguay cosponsored an event on approaching drug problems from a public health perspective in which former UN Secretary General Kofi Annan took part. Brazil also called a meeting to discuss advances made with regard to road safety in light of a high-level international conference that will be held in that country at the end of the year. In addition, Haiti participated in the organization of an event on health during emergencies and health worker safety.

For more information on these events:
— Panel discusses lessons learned and measures to be taken to contain the Ebola outbreak
— Countries of the Americas promote public health approach to drug problem