Health Ministers of the Americas Recommit to Achieving Universal Health 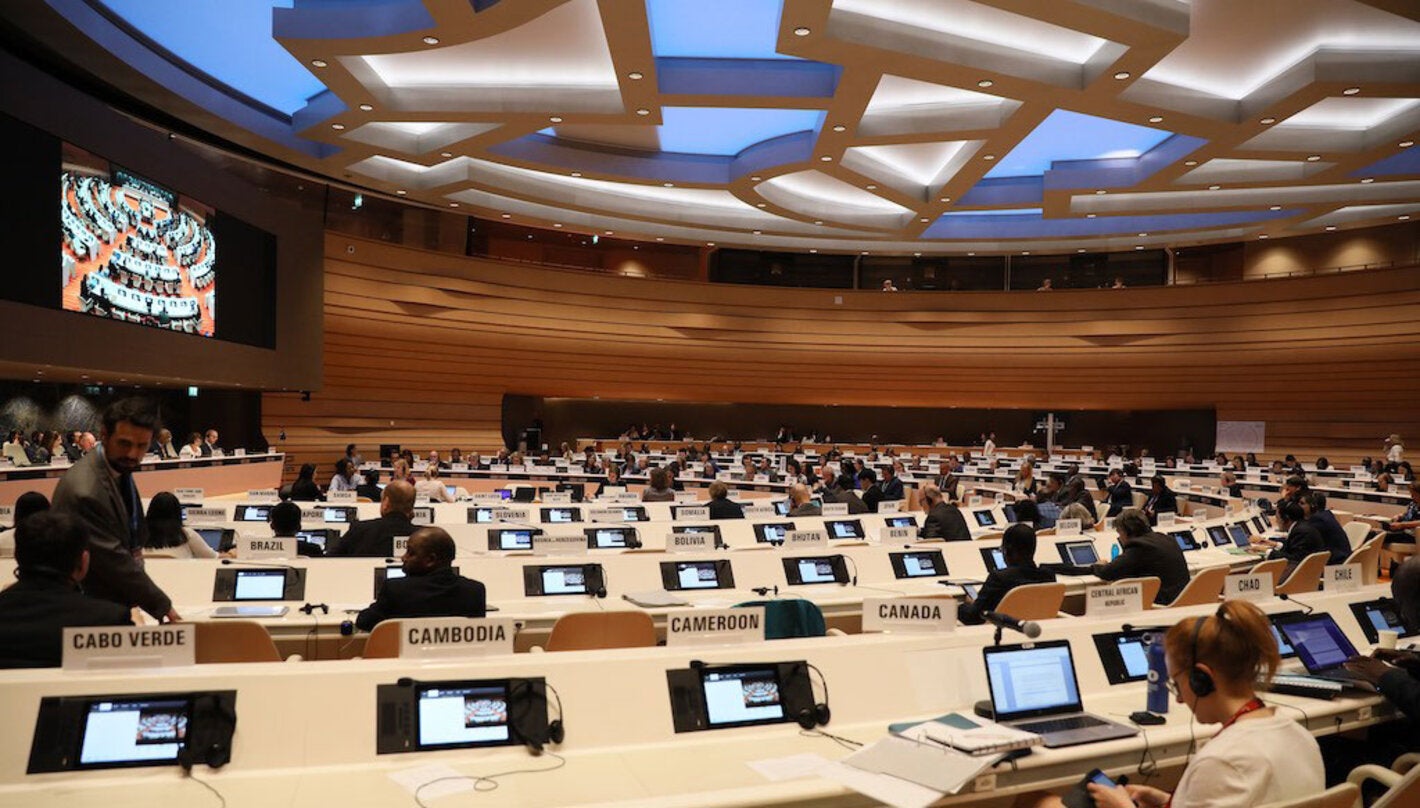 Geneva, 21 May 2018 (PAHO/WHO) - Ministers and delegates from the Region of the Americas began sharing their views on how to achieve "Health for all: commit to universal health coverage," the theme of general debate at the plenary meeting of the 71st World Health Assembly.

The region's health ministers explained the measures they have taken to achieve that objective and reaffirmed their commitment to achieving universal health.

After describing her country's achievements in universal health coverage, the Canadian Minister of Health Ginnette Petitpas Taylor called on the countries to pay attention to the mental health of their populations and make it a priority. "We must be united in addressing mental illness," she said.

Petitpas explained that Canada, along with other countries, has created a Mental Health Partnership that she invited the countries to join. "The stigma goes beyond words and has an enormous impact on the lives of those who suffer from these diseases," she said, adding that her government is committed to tackling this issue since it would otherwise not be possible to ensure health for all.

It is essential to ensure that the entire community has health coverage and access to affordable quality drugs, without facing financial hardship, the minister said. He added that Cuba offers WHO and its Member States, "the country's experience and trained human resources for health."

Argentina: Strengthening the health agenda in the G20 and working to ensure effective universal health coverage

The Argentine Minister of Health Adolfo Rubinstein said that strengthening the health agenda in the Group of Twenty (G20) is one of the priorities of Argentina, which currently holds the group's presidency. "We are proud to be able to demonstrate our commitment to multinational development" and consensus-building, he stressed.

Rubinstein emphasized the region's leadership in addressing noncommunicable diseases, and called on the countries to fight this issue as well as childhood obesity at the United Nations meeting to be held in September, in order to not "mortgage the future of the next generation."

The minister also spoke about how his country is working on strengthening health systems to ensure that they are effective. "We are working with all health system actors, the provinces, the private sector, and civil society in general to reach the necessary consensus for introducing health system reform in Argentina," he explained.

Honduras: health as a human right and universal health coverage as a commitment

In his address, the Honduran Minister of Health Octavio Sánchez stated that health is a human right, adding that "a healthy population is a productive population."

Sánchez said that it is the responsibility of the countries present at the Assembly "to realize this right to health" by making universal health coverage a reality. He said that this was the mission and commitment of everyone.

Curaçao: The challenges of achieving universal health in a kingdom with countries that have different realities

The Minister of Health of Curaçao, Suzanne Camelia-Römer, who spoke on behalf of the Kingdom of the Netherlands, pointed out the particular challenges of achieving universal health when there are four separate countries with different contexts and economies. She said that they are looking for solutions to implement universal health coverage.

"We are shifting our focus toward primary care and the active promotion of health to prevent disease, as our main objective," the minister said.