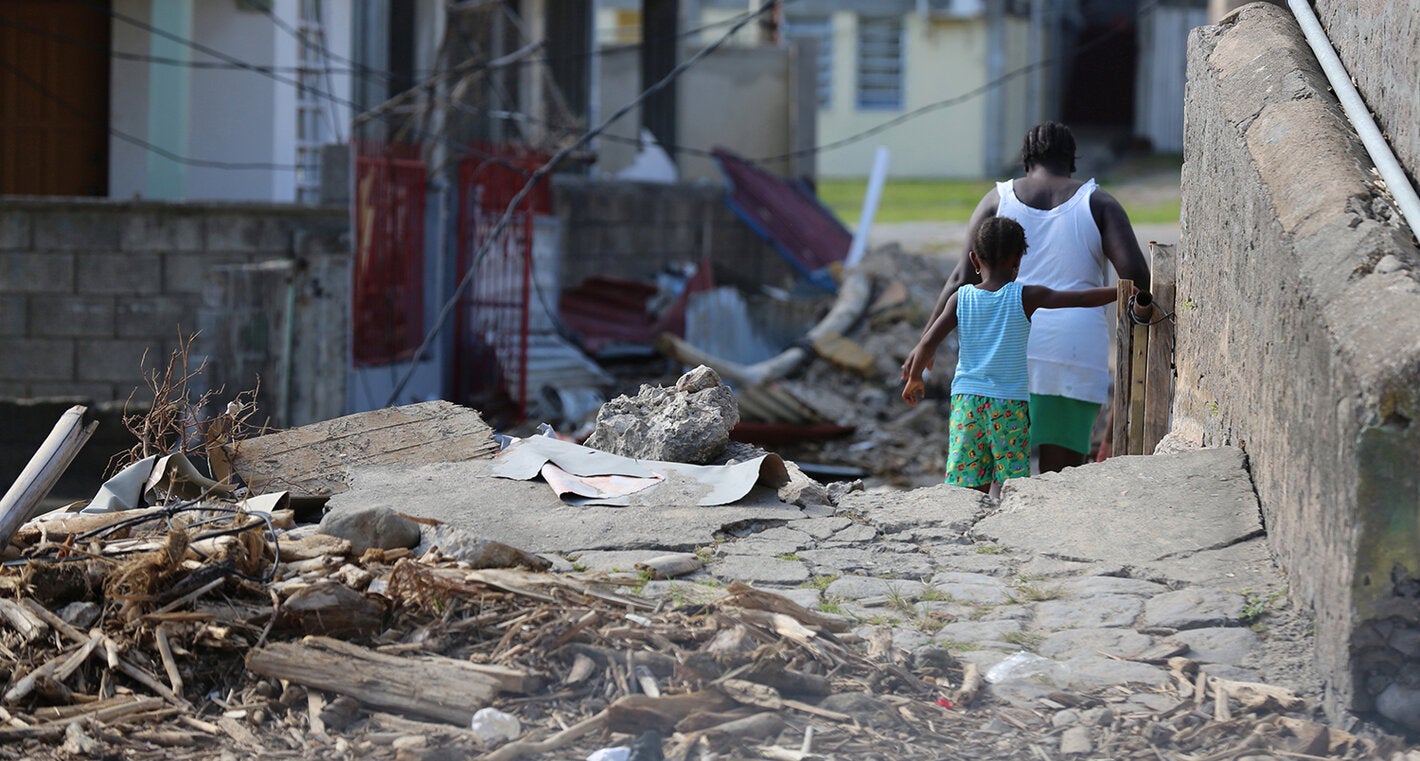 Citizens of the British Virgin Islands (BVI) are better equipped to manage the challenges presented by COVID-19 and the hurricane season.

The initiatives form part of the ongoing “Bounce Back Stronger” Resilience Campaign, developed by PAHO/WHO and the Ministry of Health of the BVI, with funding from the Caribbean Development Bank (CDB) to help health care professionals respond to disasters.

To date, two hundred persons have been trained in such disciplines as Psychological First Aid and stress management, in other projects which form the “Bounce Back Stronger” Resilience Campaign.

In his opening remarks, Representative of the PAHO/WHO for Barbados and the Eastern Caribbean Countries, Dr. Yitades Gebre, commended the BVI people for their resilience.  "On March 25, the Virgin Islands confirmed its first two cases of COVID-19.  Six months later, the BVI can express pride at the achievements made in containing the pandemic".

Dr. Gebre pledged PAHO’s support to the BVI, adding that the process of response in an emergency should be owned and controlled as much as possible by the affected population.  He said many of these characteristics are being displayed by families, communities, and the population of BVI and community mobilization is a key element in the MHPSS response.

The Hon. Carvin Malone, Minister of Health and Social Development, noted: “We know the toll that traumatic experiences such as natural disasters, and now the COVID-19 pandemic, can take on our mental health, even though we are often reluctant to discuss it.   Be that as it may, it is essential to our overall wellbeing and the wellbeing of our communities that we support each other, before, during and after a disaster. We are truly stronger together.”

Minister Malone recounted that “our Government and PAHO signed an agreement in 2018 to implement a project to strengthen mental health and psychosocial support in disaster management and to build individual and community resilience in the British Virgin Islands. Among its many achievements to date, this project has resulted in the training and capacity building of hundreds of community members and health workers, in vital skills such as psychological first aid, managing mental, neurological and substance use conditions in emergency settings, stress management, and community resilience.”

Chief Medical Officer, Dr. Irad Potter, said the “Bounce Back Stronger,” Resilience Campaign has been addressing the mental health and psychosocial needs resulting from the pandemic. “We have retooled and refashioned the campaign and it has allowed us to move forward with the assurance that together the BVI will be stronger after COVID-19.”

The newly launched MHPSS project will include the training of local stakeholders to support themselves and their communities in the face of disasters.

Also present at the launch event were Mrs.  Petrona Davies, Permanent Secretary in the Ministry of Health and Social Development, who served as the Master of Ceremony; and Dr. Evangeline Innis-Springer, Acting Director of the Department of Disaster Management, who gave an update on the BVI experience in preparing for hurricane season during COVID-19.

As the Americas celebrates 30 years without polio, PAHO calls for increased vigilance
22 Oct 2021