El Salvador certified as malaria-free by WHO 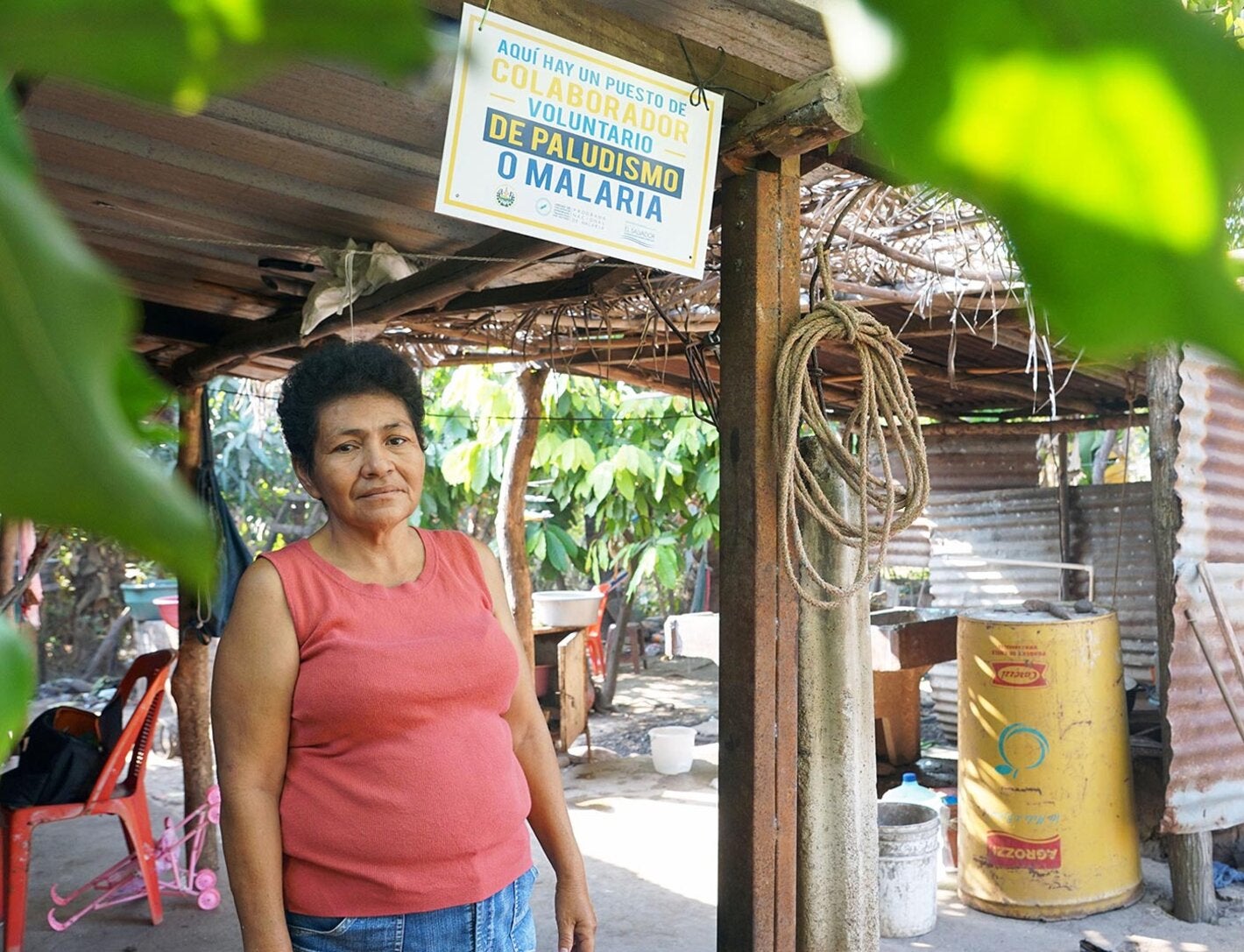 El Salvador is first Central American country to achieve this status, third in all of the Americas in recent years

Washington, D.C. February 25, 2021 (WHO/PAHO) – El Salvador today became the first country in Central America to be awarded a certification of malaria elimination by the World Health Organization (WHO). The certification follows more than 50 years of commitment by the Salvadoran government and people to ending the disease in a country with dense population and geography hospitable to malaria.

“Malaria has afflicted humankind for millennia, but countries like El Salvador are living proof and inspiration for all countries that we can dare to dream of a malaria-free future,” said Dr.Tedros Adhanom Ghebreyesus, WHO Director-General.

Certification of malaria elimination is granted by WHO when a country has proven, beyond reasonable doubt, that the chain of indigenous transmission has been interrupted nationwide for at least the previous three consecutive years.

With the exception of one outbreak in 1996, El Salvador steadily reduced its malaria burden over the last three decades. Between 1990 and 2010, the number of malaria cases declined from more than 9000 to 26. The country has reported zero indigenous cases of the disease since 2017.

“For decades, El Salvador has worked hard to wipe out malaria and the human suffering that it generates,” said Dr. Carissa F. Etienne, Director of the Pan American Health Organization (PAHO), WHO’s regional office for the Americas. “Over the years, El Salvador has dedicated both the human and financial resources needed to succeed. This certification today is a life-saving achievement for the Americas.”

El Salvador is the third country to have achieved malaria-free status in recent years in the WHO Region of the Americas, following Argentina in 2019 and Paraguay in 2018. Seven countries in the region were certified from 1962 to 1973. Globally, a total of 38 countries and territories have reached this milestone.

El Salvador’s Minister of Health Dr. Francisco Alabí Montoya said, “The people and the government of El Salvador, together with its health workers have fought for decades against malaria. Today we celebrate this historical achievement of having El Salvador certified malaria free.”

El Salvador’s anti-malaria efforts began in the 1940s with mechanical control of the malaria vector – the mosquito – through construction of the first permanent drains in swamps, followed by indoor spraying with the pesticide DDT. In the mid-1950s, El Salvador established a National Malaria Program (CNAP) and recruited a network of community health workers to detect and treat malaria across the country. The volunteers, known as “Col Vol,” registered malaria cases and interventions. The data, entered into health information systems by vector control personnel, allowed for strategic and targeted responses across the country.

By the late 1960s, progress had slowed as mosquitoes developed resistance to DDT. An expansion in the country’s cotton industry is thought to have fueled a further rise in malaria cases. Throughout the 1970s, there was a surge of migrant laborers on cotton estates in coastal areas near mosquito breeding sites, in addition to discontinued use of DDT. El Salvador experienced a resurgence of malaria, reaching a peak of nearly 96 000 cases in 1980.

With the support of PAHO, the US Centers for Disease Control and Prevention (CDC), and the US Agency for International Development (USAID), El Salvador successfully reoriented its malaria program, which led to improved targeting of resources and interventions based on geographic distribution of cases. The government also decentralized its network of diagnostic laboratories in 1987, allowing for cases to be detected and treated more rapidly. These factors and the collapse of the cotton industry led to a rapid decline of cases in the 1980s.

The 2009 health reform, which included important improvements on budget and coverage of primary health care, as well as maintenance of the vector control program as the technical leader in malaria interventions, contributed to El Salvador’s success.

El Salvador’s government recognized early on that consistent and adequate domestic financing would be crucial to achieve and maintain its health-related goals, including for malaria. This commitment has been reflected for more than 50 years in national budget lines.

Despite reporting its last malaria-related death in 1984, El Salvador has maintained its domestic investments for malaria. In 2020, the country continued to rely on 276 vector control personnel, 247 laboratories, nurses and doctors involved in case detection, epidemiologists, management teams and personnel, and more than 3000 community health workers. As part of El Salvador’s commitment to maintain zero cases, national budgeting for malaria has been and will be preserved, even through the pandemic.

El Salvador is a member of the WHO global “E-2020” initiative – a group of 21 countries identified in 2016 as having potential to eliminate malaria by 2020. El Salvador’s elimination effort benefited from external grants provided by the Global Fund to Fight AIDS,  Tuberculosis and Malaria. In 2019, El Salvador joined the Regional Malaria Elimination Initiative (RMEI), which was organized by the Inter-American Development Bank with technical leadership from PAHO and the participation of the Council of Health Ministers of Central America (COMISCA). This  initiative supports Central American countries, the Dominican Republic, Mexico and Colombia in a collaborative effort to eliminate malaria.

Although the majority of financing for malaria has come from domestic resources, El Salvador’s elimination effort benefited from external grants provided by the Global Fund.

In 2019, El Salvador joined the Regional Malaria Elimination Initiative (RMEI), which was organized by the Inter-American Development Bank with technical leadership from PAHO and the participation of the Council of Health Ministers of Central America (COMISCA).The initiative supports Central American countries, the Dominican Republic, Mexico and Colombia in a collaborative effort to eliminate malaria.

PAHO has provided technical support throughout El Salvador’s anti-malaria campaign, from control to elimination to prevention of reestablishment of the disease. El Salvador’s success is an important contribution to the PAHO Elimination Initiative, a collaborative effort between governments, civil society, academia, the private sector and communities to eliminate more than 30 communicable diseases and related conditions in the Americas, including malaria, by 2030.

Contracted through the bites of infected mosquitos, malaria remains one of the world’s leading killers, with more than 200 million cases and 400 000 malaria-related deaths reported each year. Approximately two-thirds of fatalities are among children under the age of five.

As of 2019, the Americas reported 723,000 confirmed cases of malaria, compared to almost 1.2 million cases in 2000. The total number of malaria deaths fell by 52% in the same period of time – from 410 to 197. Since 2015, the Region has seen a 66% rise in cases largely due to increased malaria transmission in some countries. Despite the increase, advances against malaria continue. In 2020 Belize completed two years without autochthonous malaria transmission and by the end of 2020, ten countries and territories met the criteria established by WHO for countries with the potential to eliminate malaria by 2025.

Experts from El Salvador’s Ministry of Health, PAHO, and WHO experts will comment on El Salvador’s path to certification during a Facebook Live session on Friday, Feb. 26 at 11 EST. Simultaneous translation in English will be provided. To participate, go to Facebook