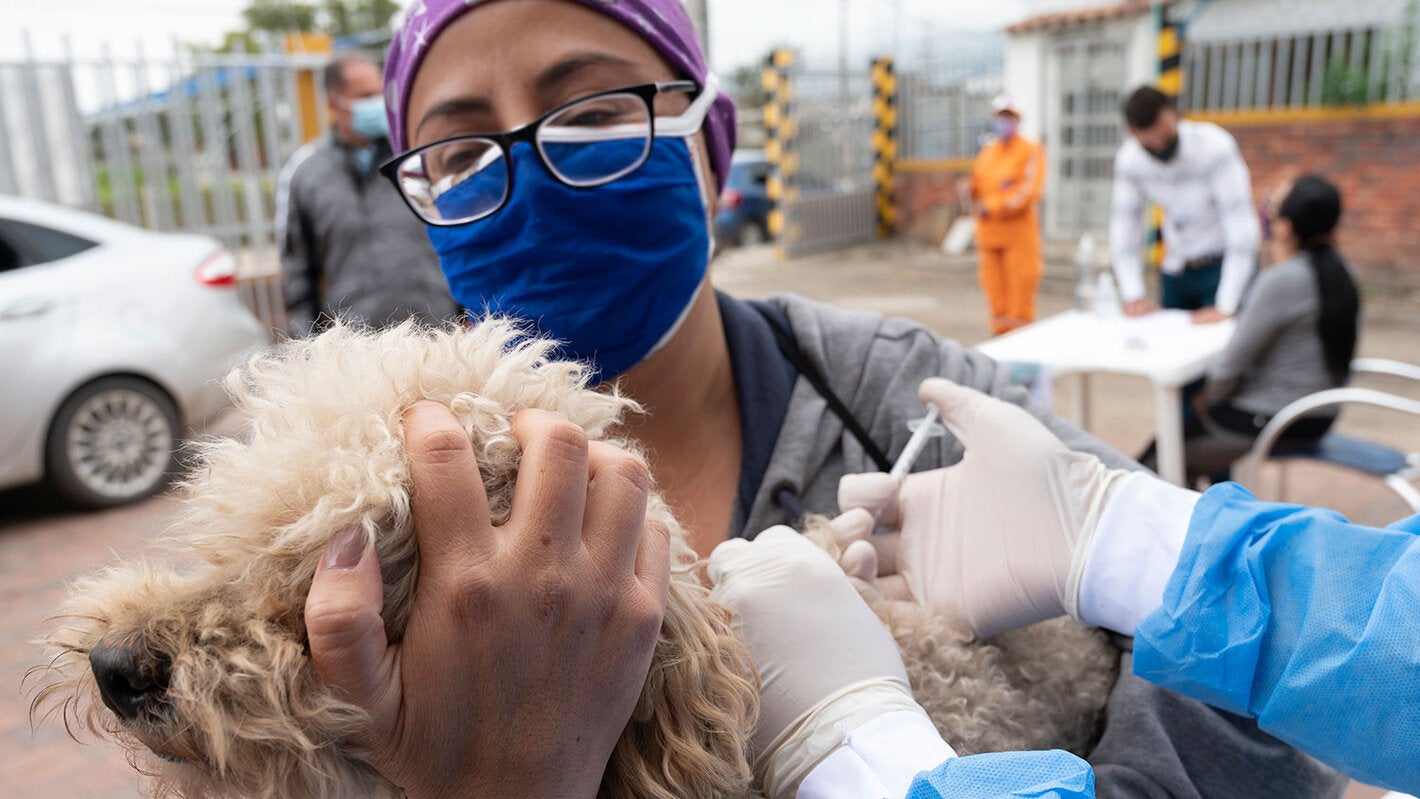 In 2019, there were 3 cases of human rabies, almost 98% less than in 1983, and Mexico became the first disease-free country. PAHO highlights the non-disruption of rabies programs during the pandemic

PANAFTOSA/PAHO/WHO, 25 September 2020 – "End Rabies: Collaborate and Vaccinate" is the theme of World Rabies Day 2020, observed every 28 September to promote the fight against rabies, raise awareness of its prevention and celebrate achievements. This year also highlights the importance of canine vaccination and the need for a joint effort to achieve its elimination.

"On our continent, the incidence of dog-mediated human rabies has been reduced by almost 98%, from a record of 300 cases in 1983 to just 3 cases in 2019," said Dr Ottorino Cosivi, director of the Pan American Centre for Foot and Mouth Disease and Veterinary Public Health (PANAFTOSA) of the Pan American Health Organization (PAHO/WHO).

Cosivi said this achievement "has been made possible by solidarity between countries, the exchange of lessons learned, the identification and prioritization of risks, as well as epidemiological monitoring and monitoring actions in people and reservoirs."

A continental milestone in the fight against rabies took place in 2019 when Mexico became the first country in the world to receive official validation as a country free from human rabies transmitted by dogs.

"These achievements are due to the commitment of country health authorities, the technical dedication of health workers, population awareness and the coordination of PAHO/WHO's Regional Elimination Program," said Dr. Julio Cesar Pompei, PANAFTOSA's Zoonosis Coordinator.

Because of its lethality and the non-existence of a cure, rabies is important for public health. Globally, 60,000 people die each year from the disease, mainly in Asia and Africa. However, it can be eliminated in its urban cycle, where it is transmitted by dogs and cats, through efficient prevention measures such as animal vaccination, health education and medical care with preventive treatment in people attacked by animals.

"The current COVID-19 pandemic and its inherent public health restrictions inherent did not prevent countries from maintaining commitments to rabies surveillance and prevention actions, as they are considered priority and unpostponable activities," Pompei said.

The elimination of human rabies transmitted by dogs, planned in the Americas by 2022, is very close. PANAFTOSA recommends ensuring timely access to pre- and post-exposure prophylaxis to 100% of people attacked by suspicious animals, as well as maintaining high coverage of canine and feline vaccination, efficient epidemiological surveillance, raising community awareness, and promoting actions to prevent reintroduction in countries where it has been controlled.

PAHO, through PANAFTOSA, has been providing technical cooperation to all countries in the region since 1983, when the Regional Program for the Elimination of Dog Transmitted Human Rabies was created.