Malaria Champions awarded prizes for work in the Americas 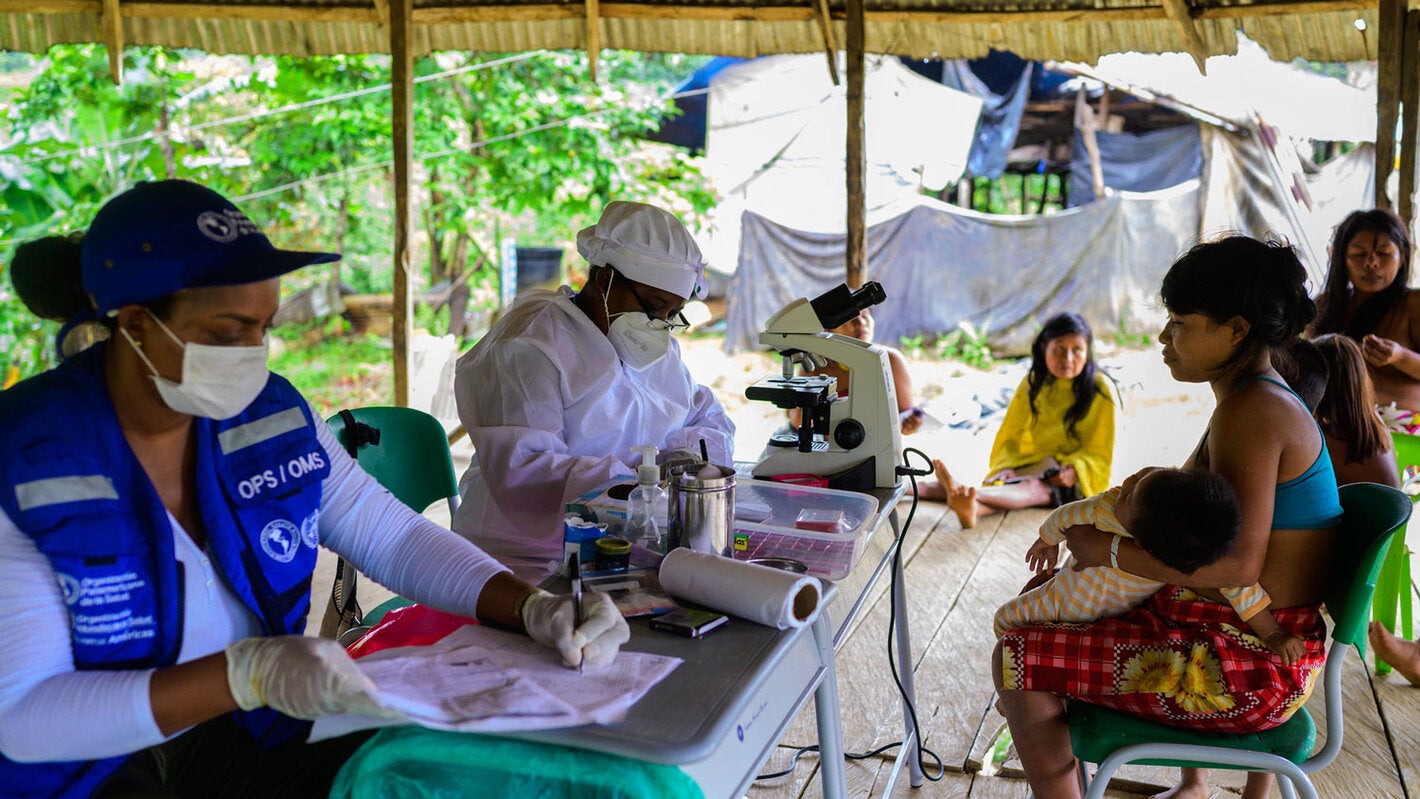 Projects in Brazil, Colombia, Haiti and Honduras cited for advances

Washington, D.C., October 28, 2020 (PAHO) -- Six municipalities were awarded “Malaria Champions of the Americas” prizes for 2020 for their work in applying effective, safe malaria interventions during the COVID-19 pandemic in four countries.

The awards were presented at a Malaria Day in the Americas event today by the Pan American Health Organization/World Health Organization, the United Nations Foundation, and other partners. Videos illustrating each of the projects were shown at the forum, titled “Zero malaria starts with me: Fight COVID-19. Protect Health Workers. End Malaria.”

The winning projects include two from Brazil, Atalaia do Norte and Oeiras do Pará, as well as one from Colombia in Quibdó, two from Haiti, in the localities of Les Anglais and Les Irois, and one from Honduras, in Puerto Lempira.

“We are in unprecedented times but our support and commitment to the global efforts against malaria elimination is stronger than ever,” said Dr. Jarbas Barbosa, assistant director of PAHO. “Urgent action is needed to get the global response to malaria back on track – and ownership of the challenge lies in the hands of countries most affected by malaria,” he added.

Malaria is a life-threatening disease caused by parasites that are transmitted to people through the bites of infected mosquitoes. Approximately half of the world's population is at risk of malaria, particularly those living in lower-income countries. In the Americas 132 million people live in areas at risk of malaria.

The theme for Malaria Day in the Americas 2020 is “Zero malaria starts with me” and it highlights the importance of sustained malaria efforts, while protecting health workers during the COVID-19 pandemic.

Despite the progress of some countries in the Region toward eliminating the disease, such as Argentina, El Salvador and Paraguay, and the sustained trend in reduction of malaria from 2005 to 2014, in recent years the Region of the Americas experienced an increase in the total number of cases and deaths.

Between 2015 and 2018, malaria cases increased by 69% and deaths rose by 111%, mainly from surges in transmission and outbreaks of malaria in areas with complex socio-political and economic challenges. It is unclear what effects the COVID-19 pandemic will have on malaria cases.

The winning experiences included Brazil’s Atalaia do Norte, in Amazonas, where active community participation combined with surveillance, vector control, active case detection, and treatment helped combat malaria in a community with a large indigenous population. The other Brazil project in Oeiras do Para, received the award for cutting the malaria burden from 11,000 cases in 2018 to less than 1,000 cases in 2020, and dropping from the third highest malaria endemic municipality to the 27th.

In Colombia, the municipality of Quibdo, in Choco Department, won the Malaria Champion award for its “effective operational innovations to ensure safe delivery of health services in extremely challenging environments and among vulnerable populations.”

The Honduras municipality of Puerto Lempira, in the Gracias a Dios Department, won the award for its “effective efforts in protecting achievements towards malaria elimination in a previously high burden municipality. All the awarded experiences were recognized for efforts in operating under continuing challenges imposed by the COVID-19 pandemic -.

The awards were presented based on the endorsement of a jury panel chaired by Karen A. Goraleski, CEO of the American Society of Tropical Medicine and Hygiene.