Measles outbreak in Venezuela is under control 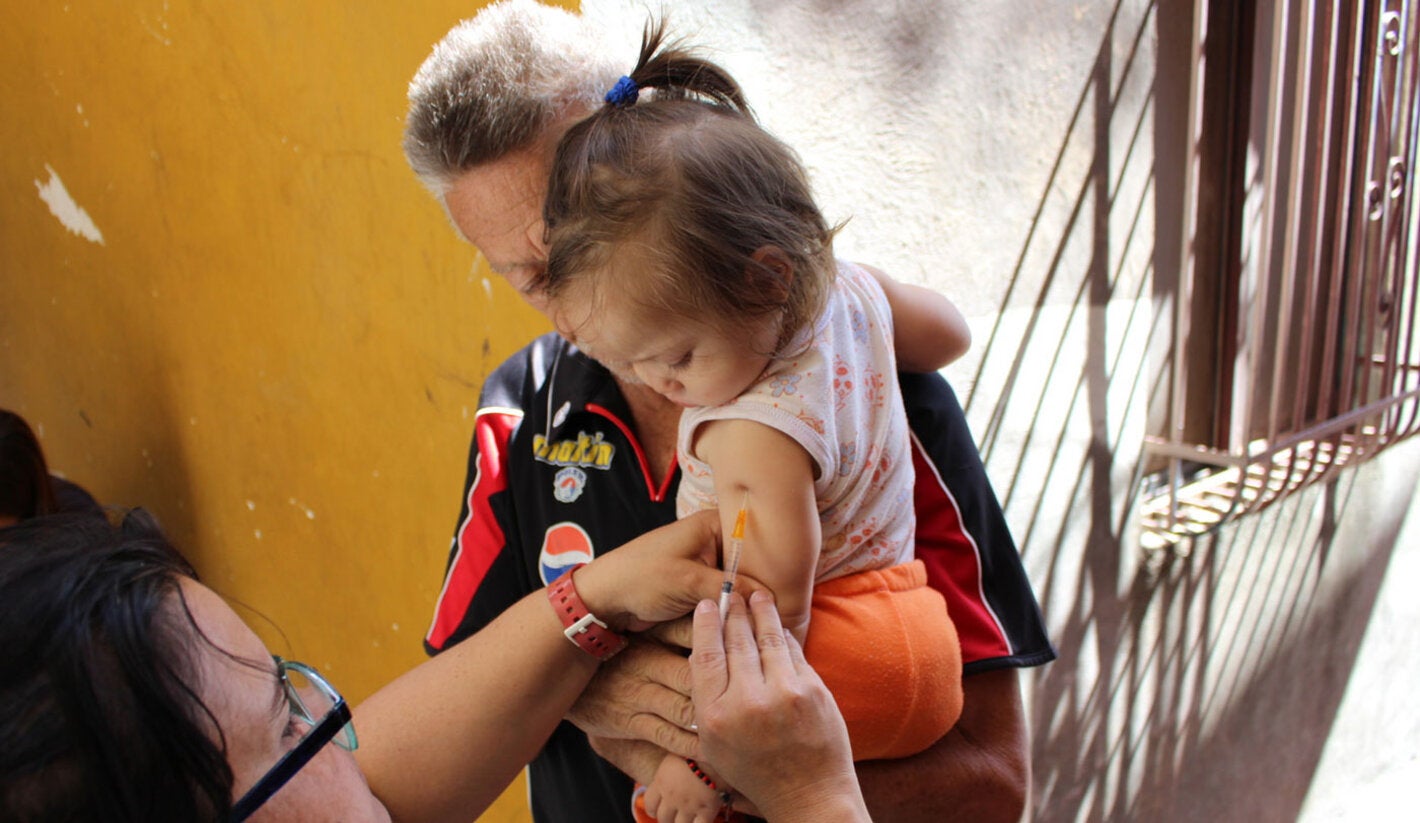 Washington, D.C., 30 January 2020 (PAHO)- The measles outbreak in Venezuela is under control following a series of actions taken by the country, together with the Pan American Health Organization (PAHO) and its partners, including a country-wide vaccination campaign that reached almost nine million children between the ages of 6 months and 15 years.

In the context of the difficult sociopolitical and economic situation that the country is experiencing, PAHO experts expressed satisfaction with having successfully controlled the outbreak. However, they emphasized the need to continue strengthening Venezuela’s routine immunization program in order to keep vaccination coverage above 95% nation-wide and maintain a good epidemiological surveillance system, which is the most effective way to prevent reintroduction of the virus.

Action to stop the outbreak

The response plan to control the outbreak included active participation at all levels of the Venezuelan health system, mobilizing between 19,000 and 31,000 vaccinators per month in all states in the country, deploying over 50 international and national experts from PAHO, printing educational materials on the symptoms of measles, purchasing laboratory supplies, renting 60 vehicles and boats to mobilize vaccination brigades throughout the year, and procuring vaccines against measles, as well as other supplies.

All this required an investment of US$7 million, provided to PAHO by the Measles & Rubella Initiative, the United States Agency for International Development’s (USAID) Office of Foreign Disaster Assistance (OFDA), the Centers for Disease Control and Prevention (CDC), the European Union, Canada and WHO, as well as additional resources from PAHO. 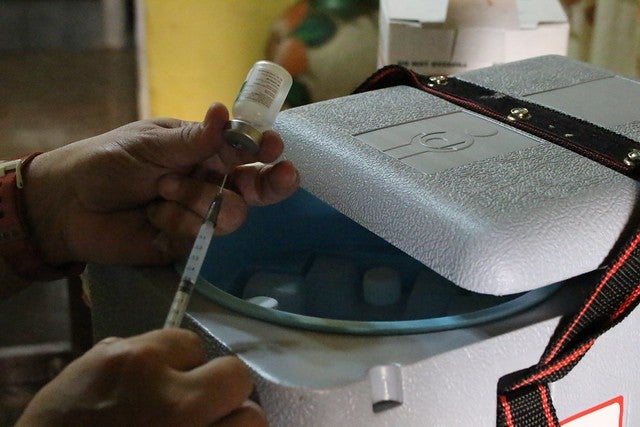 The strategy focused on a national vaccination catch-up campaign that included children from 6 months to 15 years of age who could not be vaccinated or had not completed the vaccination series. The campaign, carried out between April 2018 and July 2019, managed to vaccinate more than 8.8 million children, according to Ministry of Health data confirmed by PAHO.

PAHO and its partners also gave training throughout the country on the subject of rapid response to measles and provided guides for the detection and early control of suspected cases.

Together with UNICEF, PAHO supported the Venezuelan Ministry of People's Power for Health to ensure that refrigeration units in the country’s 24 states would properly preserve vaccines despite frequent interruptions in the power supply. PAHO also trained the teams responsible for cold chain management.

Through the PAHO Revolving Fund, Venezuela acquired more than 13 million doses of measles and rubella vaccines, as well as syringes and other supplies needed for the vaccination campaign. The Fund also facilitated the distribution of vaccines and syringes in the country.

Financial contributions from partners have been essential to successfully controlling the spread of the virus. Contributions were received from the Measles and Rubella Initiative (WHO, UNICEF, CDC, American Red Cross, United Nations Foundation), Canada, Spain, the United States of America, Japan, New Zealand, Switzerland, the European Union, the United Nations, the Global Fund, the WHO Contingency Fund for Emergencies, the Task Force for Global Health, and Vaccine Ambassadors.

The main challenge in Venezuela now is to ensure that vaccines and other supplies are available, and to keep vaccination coverage above 95% throughout the country, which is essential to reduce the risk of new cases and prevent outbreaks. It is also necessary to maintain high-quality epidemiological surveillance and rapid response teams to deal with any new case that may be imported from other countries or regions of the world.

Measles reappeared in the Americas in 2017, after the Region was declared virus-free in 2016. As the virus continued to circulate in other regions of the world, there was a permanent risk of importation and reintroduction.

The global reemergence of measles since 2018 has led to increased importation of this virus to the Americas, greatly endangering the sustainability of measles elimination at the regional and global levels. The World Health Organization (WHO) reported a total of 229,068 cases in 2018 and 429,650 cases in 2019.

As people travel and move, measles has spread to other countries, infecting susceptible persons and continuing to spread. The cases reported in six countries of the Region following the Venezuelan outbreak are related to it. This is why it is essential to protect the other countries in order to control and interrupt the disease.

Other public health concerns in Venezuela include an outbreak of diphtheria and an increase in cases of tuberculosis and malaria, as well as maternal and infant mortality, mental health, violence prevention, the reduced capacity of the health system to serve the priority needs of the population, and limited access to medicines, adequate nutrition, and adequate services for people with potentially life-threatening acute and chronic diseases such as HIV.

Since 2016, PAHO has stepped up its technical cooperation with the Ministry of Health, international partners, and local nongovernmental organizations in order to strengthen health system management, improve the prevention and control of communicable and noncommunicable diseases, reduce maternal and neonatal mortality, improve emergency management and acquire medicines, vaccines, laboratory reagents, and other supplies for health programs. The Organization has also increased its technical cooperation activities in neighboring countries.

Chile: where action on hypertension is saving lives
25 Aug 2021