Babies should be breastfed within the first hour of life

In Latin America and the Caribbean, just half of all babies are breastfed within the first hour or life, an essential part of saving the lives of newborns. PAHO promotes measures to protect, promote and support breastfeeding

Washington DC, 31 July 2018 - Breastmilk is the best source of nutrition for newborns and babies up to 2 years of age yet just half of all babies (52%) in Latin America and the Caribbean are not breastfed within the first hour of life. 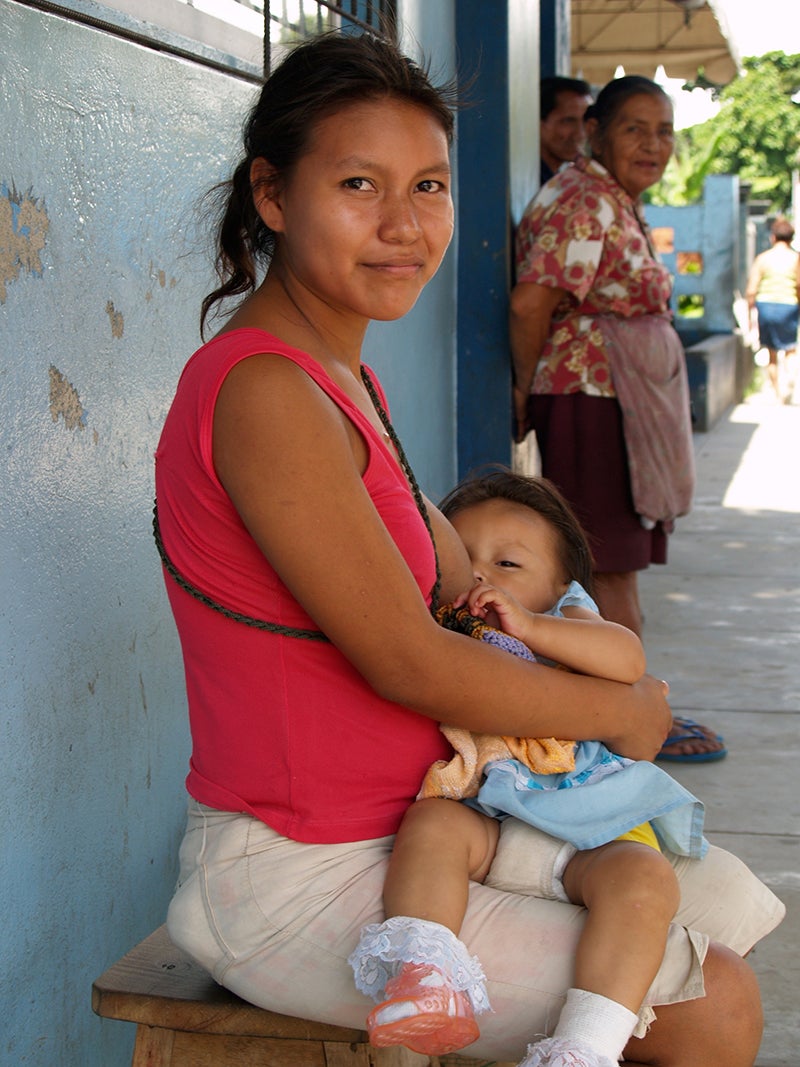 In 2017, an estimated 78 million babies - or three in five - were not breastfed within the first hour of life, putting them at higher risk of death and disease and making them less likely to continue breastfeeding, say UNICEF and WHO in a new report. Most of these babies are born in low- and middle-income countries.

"Latin America and the Caribbean is among the regions with the highest global averages for breastfeeding, yet much remains to be done if we are to achieve the goal of exclusively breastfeeding 50% of all babies during the first 6 months of life," said Ruben Grajeda, PAHO's Regional Advisor in Nutrition.

Currently, just 38% of all babies are breastfed exclusively until 6 months of age in the Region, and just 32% continue breastfeeding for 2 years.

Breastfeeding is vital to a child's lifelong health, and reduces costs for healthcare systems, families and governments. Breastfeeding within the first hour of birth protects newborn babies from infections and saves lives. Infants are at greater risk of death due to diarrhea and other infections when they are not breastfed at all or when they are only partially breastfed.

Breastfeeding also improves a child's IQ, school readiness and attendance, and is associated with earning higher income when they reach adulthood. Breastfeeding also reduces the risk of breast cancer in mothers.

In celebration of World Breastfeeding Week, from the 1 to 7 of August, the new report urges governments, donors and other decision-makers to adopt strong legal measures to restrict the marketing of infant formula and other breastmilk substitutes. PAHO is also calling on governments in the Region to continue efforts to strengthen those measures already in place to protect, promote and support the right to breastfeeding.

These measures include the adoption and monitoring of the International Code of Marketing of Breastmilk Substitutes (The Code) and subsequent relevant World Health Assembly resolutions; the implementation of the Baby-Friendly Hospital Initiative (BFHI); the implementation of a policy on maternity rights in line with the Convention and Recommendation of the International Labour Organization (ILO) on maternity protection; and specialized assistance for the feeding of infants and young children.

"These measures have not yet been scaled up to a national level or consistently implemented and enforced, and this really prevents growth in breastfeeding rates," said Grajeda. "It is therefore vital that these measures are enforced so that the Code can be properly implemented and monitored, and that parents and caregivers are protected from inappropriate and misleading information."

In April this year, WHO and UNICEF published a ten-step guide to successful breastfeeding in order to support healthcare centers that offer maternity and neonatology services. Breastfeeding all babies for their first two years would save the lives of more than 820,000 children under the age of 5 each year.

The Ten Steps to Successful Breastfeeding also emphasizes the importance of the Baby-friendly Hospital Initiative, launched by WHO and UNICEF in 1991. The practical guidance not only encourages new mothers to breastfeed but also informs health workers on how best to support breastfeeding.

- Capture the moment - Early initiation of breastfeeding: the best start for every newborn (report)
- Ten steps to successful breastfeeding