BIREME presents Magisterial Conference at the anniversary ceremony of the Universidad Señor de Sipán, in Peru 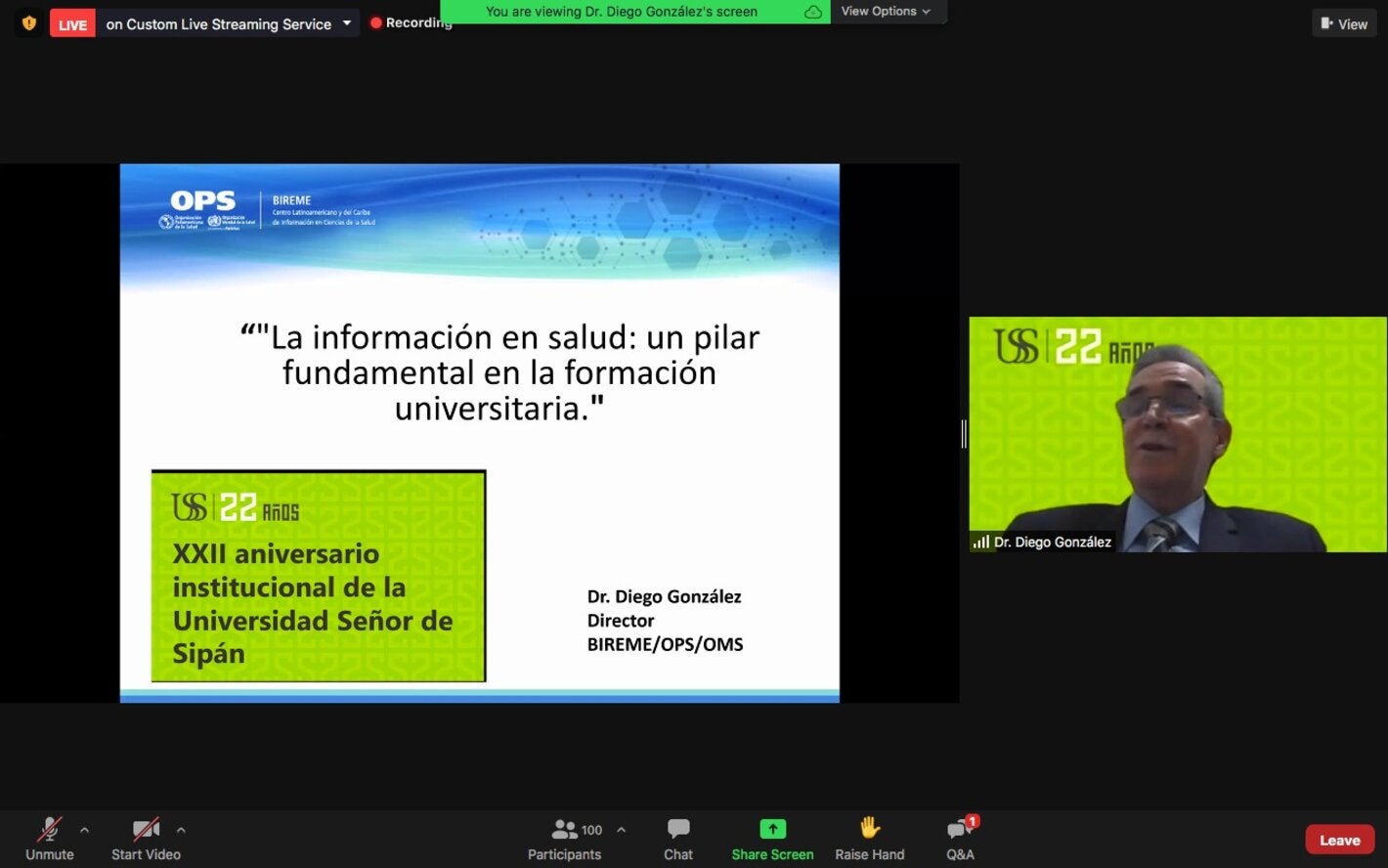 In his presentation, Dr. Diego stated that BIREME works to contribute to the development of health in the countries of the Latin American and Caribbean region, through the democratization of access, publication and use of information, knowledge and scientific evidence for decision-making in health. 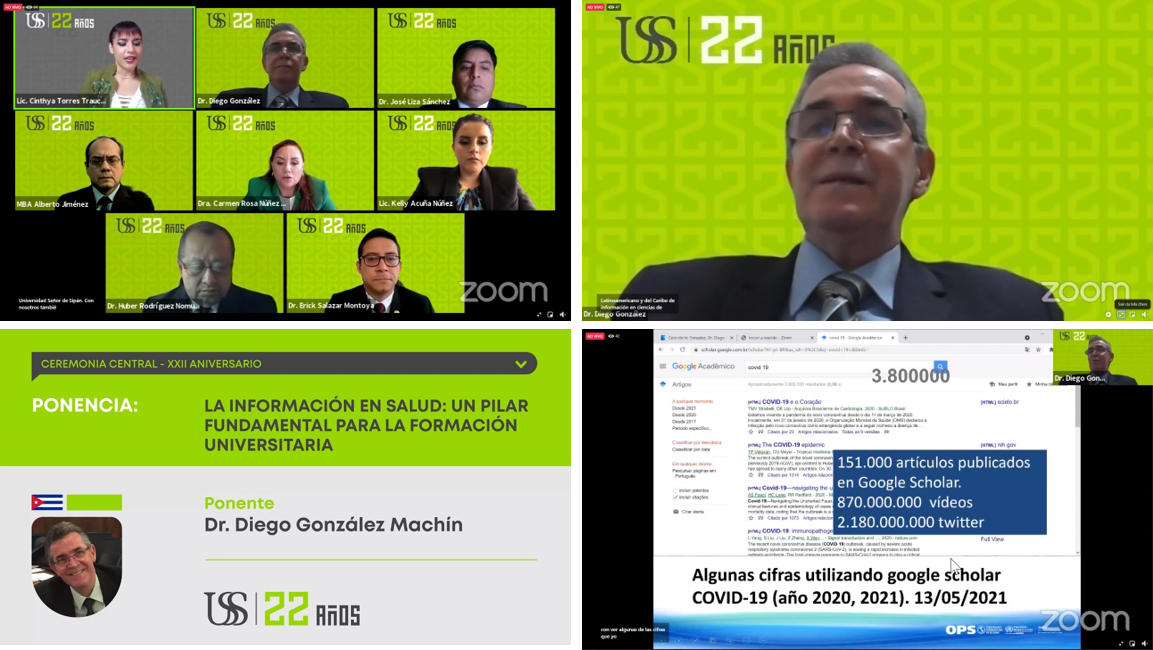 “BIREME works on a platform that promotes and facilitates the intensive use of scientific and technical information on public health issues and similarly its equitable access through the Peru VHL website, which is composed of a series of products and services to in order to contribute to the satisfaction of health information needs in a timely and convenient manner”, said Diego Gonzalez.

During the event, the University Council of the Univerisdad Señor de Sipán awarded the distinction of distinguished visitor to the director of BIREME, Diego Gonzalez, in merit of his relevant professional and academic trajectory linked to the area of clinical toxicology, sustainable development and environmental health, climate change , health promotion, sustainable municipalities, water and sanitation, with work carried out in countries such as Peru, Cuba, Mexico and Brazil.

The ceremony to celebrate the institution's anniversary also included the reading of historical documents dating back to its foundation and a message from the dean to the collegiate that presides over the Peruvian university.