Donation of cold chain equipment helped to expedite the delivery of vaccines to vulnerable rural populations and temporary migrants.

The arrival of the COVID-19 vaccine in 2021 was more than good news for communities in the Dominican Republic province of Elías Piña, which borders Haiti.

In this tropical and mountainous area, 80% of households live in poverty, and complying with lockdown instructions to stay at home was not an option for many who rely on a daily income to survive.

"The beginning of the pandemic was torturous. It was a very difficult situation," recalled Dr. Néstor Lorenzo, coordinator of the Expanded Program of Immunization (EPI) for the Ministry of Public Health at Elías Piña.

In such remote areas, where the majority work in agriculture, economic activity continued.

Many of the workers are migrants from Haiti, some of whom cross the border daily to work on the Dominican Republic side. They flee from political and economic instability in their home country, where COVID-19 vaccination rate is among the lowest in the world. Only 1.9% of the population have received a complete scheme. 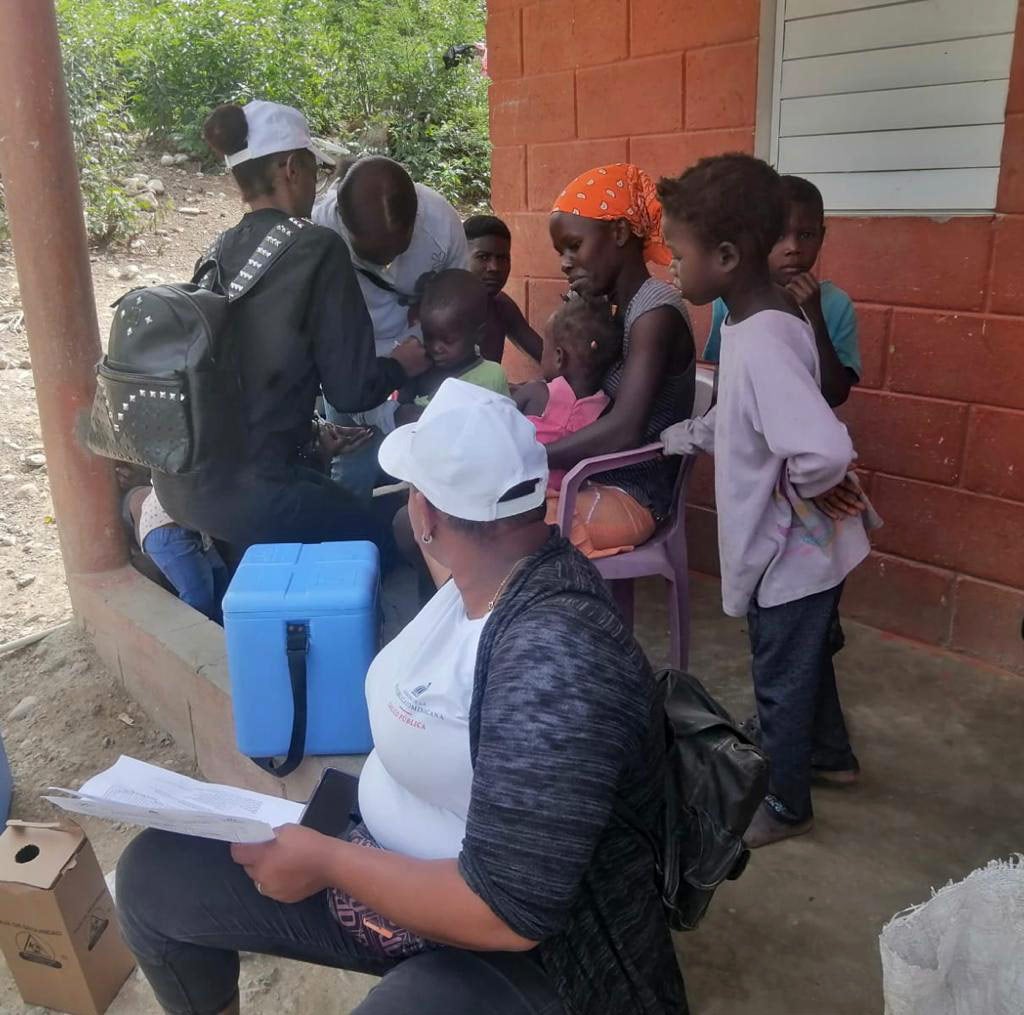 The new cold chain equipment helped authorities speed up the process to reach these communities. A cold box, 49 vaccine carriers to take vaccines to the field and 22 temperature-monitoring devices, arrived at the province this year, donated by the U.S. Government through the Pan American Health Organization/World Health Organization (PAHO/WHO).

These keep vaccines refrigerated at the recommended temperature for several hours while health workers negotiate challenging mountain roads on journeys that can take up to six hours.

"The vaccine carriers helped us to preserve the vaccines and to reach the most difficult places," said Nelly Valdés, one of the volunteer vaccinators participating in the “VacúnateRD” (Vaccinate DR) campaign against COVID-19 and other preventable diseases, such as measles, rubella and poliomyelitis. 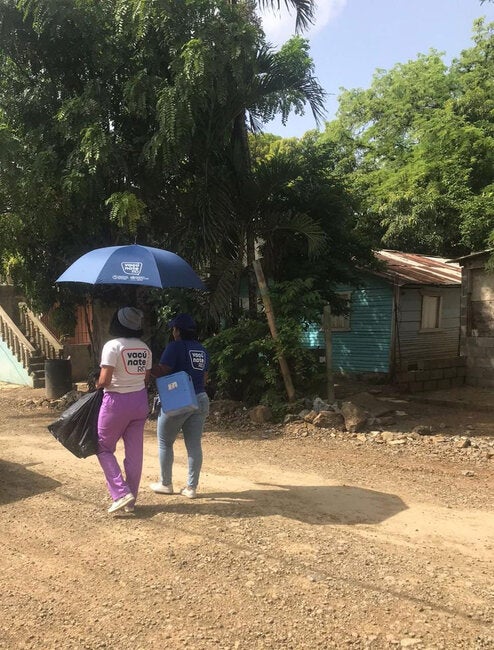 The brigade strategy is important --it is much easier for us to reach people in remote communities than for them to travel to health clinics. This is especially true for people with disabilities," Nelly Valdés said.

In Comendador, the capital of the Elías Piña province, Dr. Lorenzo led the training for the new brigade members as part of the country-wide initiative to accelerate vaccine distribution. The province has 20 health centers that serve the 63,000 permanent inhabitants, in addition to the floating migrant population and their families.

We are on the ground vaccinating all people. We don't vaccinate nationalities. Anyone who accepts vaccines, gets vaccines," Dr. Lorenzo said.

The arrival in March 2022 of a horizontal refrigerator donated by the Government of Canada through PAHO increased vaccine storage capacity in Comendador. From there, deliveries are prepared to the local health centers and to temporary, mobile clinics, which are set up in different communities according to needs.

"If we were able to train one brigade before, now we can train three because we have more equipment to go into the field. We now have improved capacity," Dr. Lorenzo explains.

During the first COVID-19 vaccination campaign, up to 30 brigades were simultaneously deployed, he recalled, a strategy that cut the vaccine distribution time by more than half.

“Before the new cold chain equipment arrived, the campaign took between 12 and 14 weeks. This year we did it in just over a month!" Dr. Lorenzo said, recalling the immunization push made during this year’s Vaccination Week of the Americas in Elias Piña. 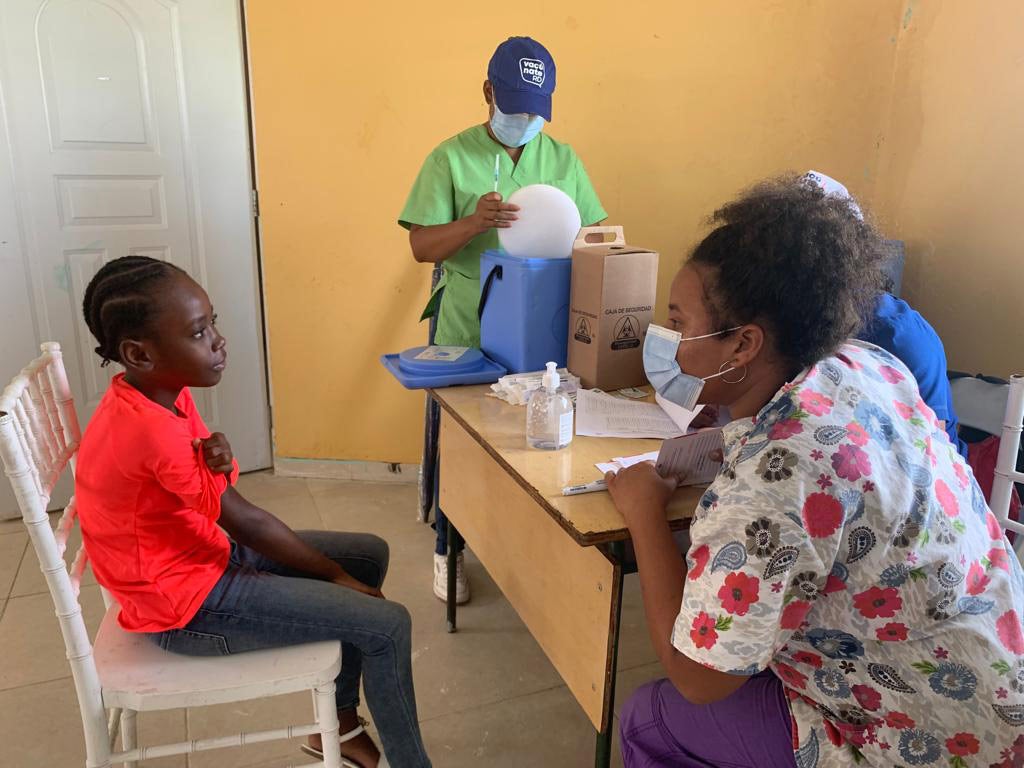 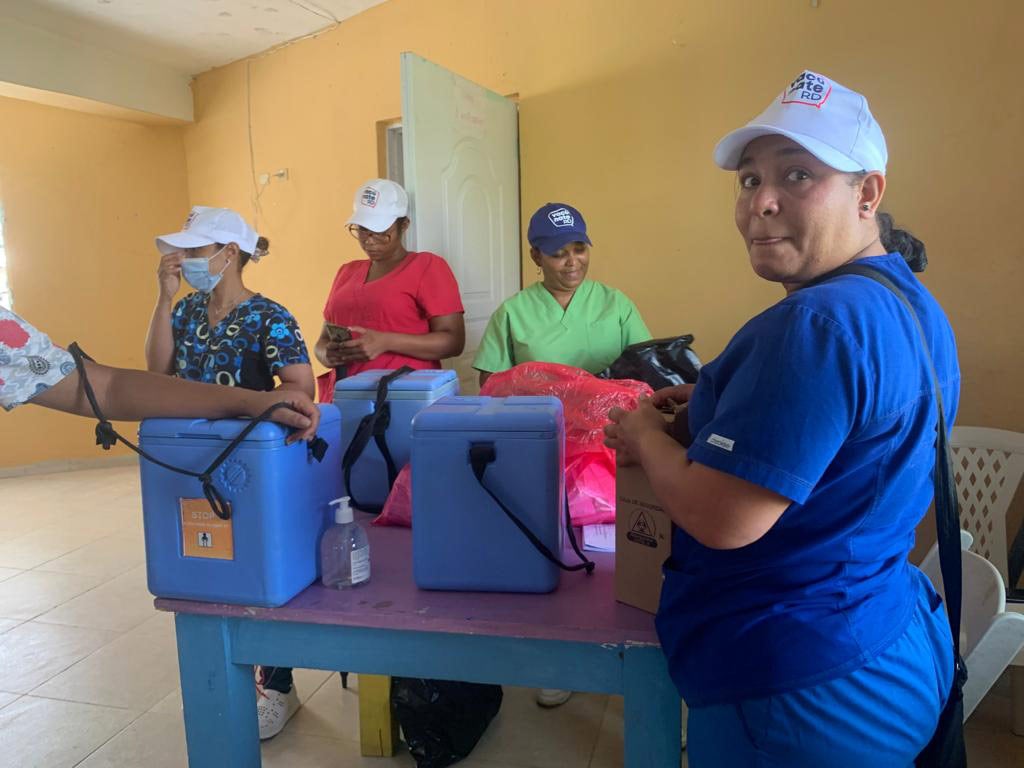 "The new equipment helps to address the demand for vaccines generated by the COVID-19. Many strategies have been implemented, including house-to-house vaccination and outreach efforts such as the use of sound trucks in remote areas," explains Dr. Yndira Anchayhua, Immunization Advisor at the PAHO/WHO office in the Dominican Republic.

In 2021, when the arrival of the first COVID-19 vaccine was expected, the Ministry of Public Health assessed the cold chain needs in the country's 32 health areas. The shortcomings of health centers in border areas were made evident.

Many still work with gas-powered refrigerators, while others were short of storage space. In the Dominican capital of Santo Domingo, there was also need for equipment to keep the Pfizer/BioNTech vaccine at ultra-low temperature (-80°C a -60°C).

Through the partnership between PAHO/WHO and the Government of Canada, the Dominican Republic has received 20 refrigerators for provincial vaccine storage centers and two cold rooms were installed in the national warehouse. PAHO/WHO is also providing technical support to ensure the proper set up and maintenance of this equipment.

Nationwide, through a contribution from the U.S. Government, the Ministry of Public Health received 6,000 vaccine carriers, as well as 24,000 icepacks which keep the vaccines at the recommended temperature inside the carriers.

Overall, as part of the COVID-19 response in the region,  and with the support of the Governments of Canada and the United States, PAHO/WHO has to date provided over 1,300 refrigerators and freezers, 11 cold rooms, 26 ultra-low-temperature freezers and over 16,000 carriers and cold-boxes to 32 countries in Latin America and the Caribbean.

“These new cold chain assets will help countries to safely deliver more vaccines, not only to fight COVID-19, but, in the long term, to protect the population against preventable diseases that threaten to come back if we let our guard down”, Dr. Anchayhua concluded.