Strides in maternal health mark PAHO’s impact in the Americas

Giving birth is the most natural event, but 120 years ago, it was often life-threatening. Childbirth practices across the region varied, with most births taking place at home, as hospitals were hard to access and only available for severe complications.

The history of maternal health has gone through many transformations over the past 120 years. At PAHO’s inception, the maternal death rate was high due to a lack of obstetric education.

Progress and changes in maternity care, especially the notion of a “humanized birth,” with attention to the wellbeing of the mother and baby throughout pregnancy to birth, have led to fewer preventable deaths. PAHO has been helping countries in the region to standardize care and reduce mortality rates by implementing safer birthing practices.

It was in 1970 that PAHO, following the work of Dr. Caldeyro Barcia, set up the Latin American Center for Perinatology, Women and Reproductive Health (CLAP) in Montevideo, Uruguay. Dr. Barcia was a pioneer in researching the health of the fetus as well developing a more “humanized childbirth,” which contributed to a more positive birthing experience.

Between 2010 and early 2020, newborn deaths were reduced by 14 percent in the region, and in five years, maternal mortality was reduced by almost 17 percent in 14 countries.

CLAP shares best practices to promote, strengthen and improve health care for women, mothers, and newborns across the region. The Centre has been instrumental in reducing maternal deaths by supporting initiatives and programs, which include sharing the latest birthing protocols, publishing guidelines, training medical staff in hospitals as well as midwives in remote communities.

In Bolivia, PAHO trained health professionals in the use of life-saving equipment. Carla Botetano, who was bleeding heavily while pregnant, was saved by one such intervention. While Botetano was being transferred on a stretcher, PAHO-trained medical staff wrapped her in a heavy suit called a “non-pneumatic anti-shock garment,” a key device for reducing the risk of maternal death due to hemorraghe, as it warms up the patient and helps stop bleeding.

Bolivia has one of the highest rates of maternal mortality in the Americas, with hemorrhage the main cause of maternal death, claiming the lives of 160 women every year. Since 2016, PAHO with the support of the Canadian government, has trained over 400 medical staff in the use of the anti-shock garment and other techniques to prevent maternal death.

Carla Botetano with the “non-pneumatic anti-shock garment” to reduce bleeding.

When PAHO was founded 120 years ago, a mother typically had 5 or more children – that number today is down to 2 and below. Mothers only a few decades ago would start having children at 18 and stop around the age of 25. Today the childbearing years have been stretched out with many women giving birth later in life– and with that, Dr. Serruya conceded, also come complications, like higher incidences of diabetes and hypertension.

But the biggest contemporary threat to women’s maternal health is not her age or the number of children, but poverty and a lack of access to healthcare. Over 94 percent of all maternal deaths occur in low and lower middle-income countries. 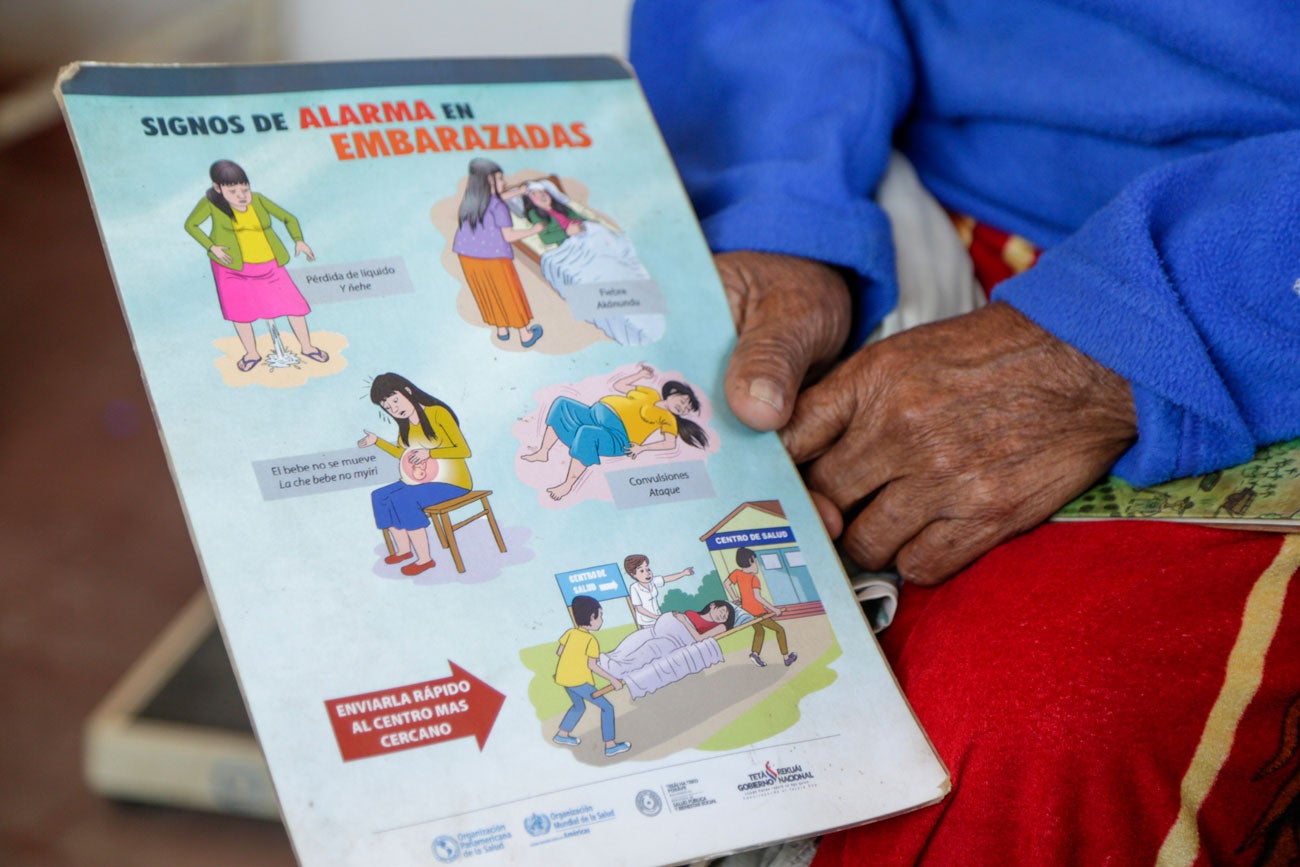 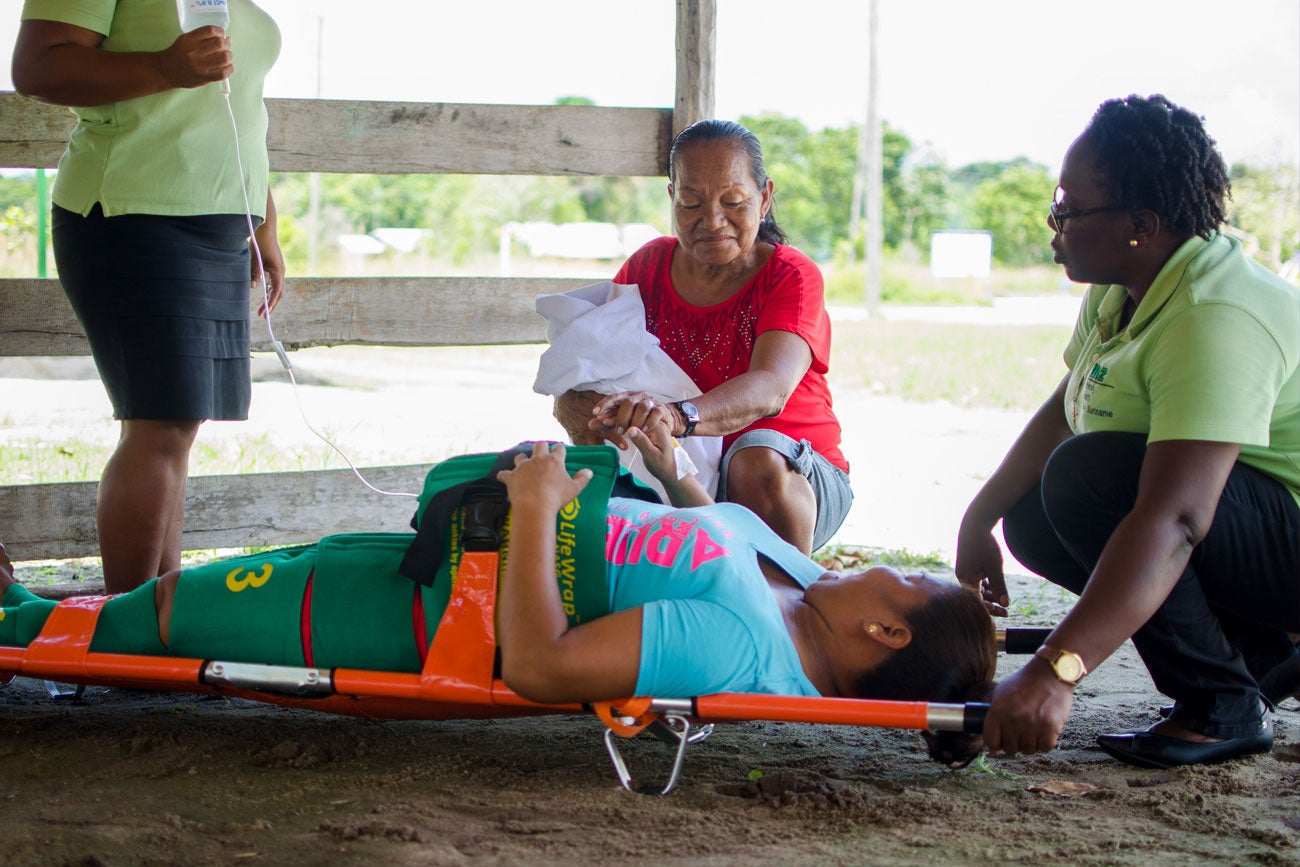 The pandemic has had a shattering impact on health advances, with a decade of progress in reproductive, maternal and child health stalled or even reversed.  Dr. Bremen de Mucio, a regional advisor at CLAP, estimates the pandemic put the clock back in maternal health by as much as 8 to 12 years in some countries, due to excessive deaths due to COVID-19 and overcrowded health services. Many maternity hospitals were also re-purposed for COVID-19 patients.

As a result of the strain on health care facilities, one in three pregnant women with COVID-19 who should have had access to an intensive care unit during the first two years of the pandemic failed to receive critical care, according to a collaborative research led by PAHO in eight Latin American countries.

“The pandemic had other unexpected effects on the most vulnerable communities,” said Dr. de Mucio, who on a recent field trip to Chachapoyas in the Amazon region of Peru learned that many medical staff had relocated from rural clinics to larger towns, citing better pay and opportunities.

“The brain drain is leaving a medical vacuum – the ones to suffer are vulnerable women and children and we must redouble our efforts to work with local health authorities to ensure this does not have negative consequences,” he added.

“As we look towards a post-pandemic future, we must make maternal health issues more inclusive, to keep reaching the most vulnerable, and also make mental health more of a priority for women’s health, as it’s a forgotten component” concluded Dr. Serruya of CLAP.