The periods of inactivity of volcanoes can generate a wrong perception of risk, which can be aggravated by not knowing the characteristics of this threat, increasing vulnerability, especially in communities that settle on its slopes or near the volcano.

A volcanic eruption registers diverse forms of affectation like the one generated by the pyroclastic flows or burning clouds, recently observed in the Volcano of Fire in Guatemala; or lava flows as is currently evident in Hawaii, the expulsion of ballistic materials and ash that can cover a population (Montserrat); the flows of mud (lahars) mix of thaws or rivers loaded with sediments from the volcano and the hillsides, as happened in Colombia with the eruption of Nevado del Ruiz. The most common effects on health caused by volcanic eruptions include traumatic injuries, burns, suffocation, skin diseases, eye injuries, respiratory problems, conjunctivitis, and even death.

Particularly, ash fall or expulsion of gases, generate the risk of food and water contamination, as well as affectation of livestock and domestic animals, crops and the environment, also compromising basic services (water, transport, communications) and access to health services. Likewise, the accumulation of ash on roofs can cause damage or collapse of buildings, both immediately and after the event as the cleaning phase. This has generated the occurrence of accidents with multiple injuries due to roof collapse.

Health facilities are not unfamiliar to the different effects of volcanoes, according to the type of event and its location, if they are exposed they can be destroyed or their operation compromised due to restriction or access to basic services. In this sense, preventive health measures must be available in an emergency according to each type of eruptive event, being the constant monitoring, knowledge of the different scenarios, permanent communication with technical authorities, alert systems available, advanced preparations and trained and properly equipped personnel, the best tool for these situations.

Local authorities and responsible civil and technical protection entities are fundamental partners in providing advice on the type of eruption that is expected, which allows preparing for an appropriate response and preventing damage and losses.

The only effective prevention measure in case of an explosion is early evacuation. The local health services and the population should receive updated and permanent information from the authorities on the areas at risk of impact and the probability of explosion. Health risks are traumas, skin burns and lacerations by volcanic rock.

The consequences of this event are incandescent avalanches or pyroclastic flows (hot gas and ash), ash and fall flows, lightning and forest fires. The impact on health of this type of event are massive burns of skin and respiratory tract, and suffocation. In Saint Pierre, Martinique, 30,000 people died in 1902. The only preventive measure is early evacuation. These eruptions cause a wide dispersion of ashes.

This type of eruptive event causes floods and mud flows and volcanic ash. The eruption of Nevado del Ruiz in Colombia claimed the lives of 23,000 people in the city of Armero in 1985.

Magmatic eruptions create lava flows and forest fires. The route of these flows is predictable and their displacement relatively slow. Preventive measures include limited evacuation.

The volcano emits gases such as S02, CO, CO2H2S, HF, which accumulate in low areas and are easily inhaled, generating asphyxia and constriction of the respiratory tract. Preventive measures include evacuation, respiratory protection equipment for geologists and rescue teams.
Fact sheet

What is volcanic ash?

Volcanic ash is not ash at all. It is pulverized rock. A one-inch layer of dry ash weighs ten pounds per square foot as it lands. It often contains small pieces of light, expanded lava called pumice or cinders. Fresh volcanic ash may be harsh, acid, gritty, glassy, smelly, and thoroughly unpleasant. Although gases are usually too diluted to constitute a danger to a normal person, the combination of acidic gas and ash which may be present within a few miles of the eruption could cause lung damage to small infants, elderly and susceptible, or those already suffering from severe respiratory illnesses.

What to do the first time volcanic ash begins to fall

What to do when volcanic ash is falling continuously

If you need to go outside

People should know that breathing ashes could be harmful and protection is advised for everybody. For the general population that must leave their homes for short periods, any type of common surgical mask should be efficient. Ensure a good fit of the mask to the face adjusting nose clips and straps. Two types of population should be considered for special respiratory protection advice: 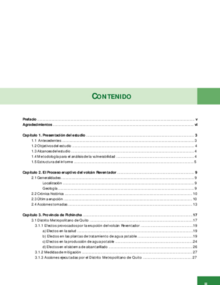