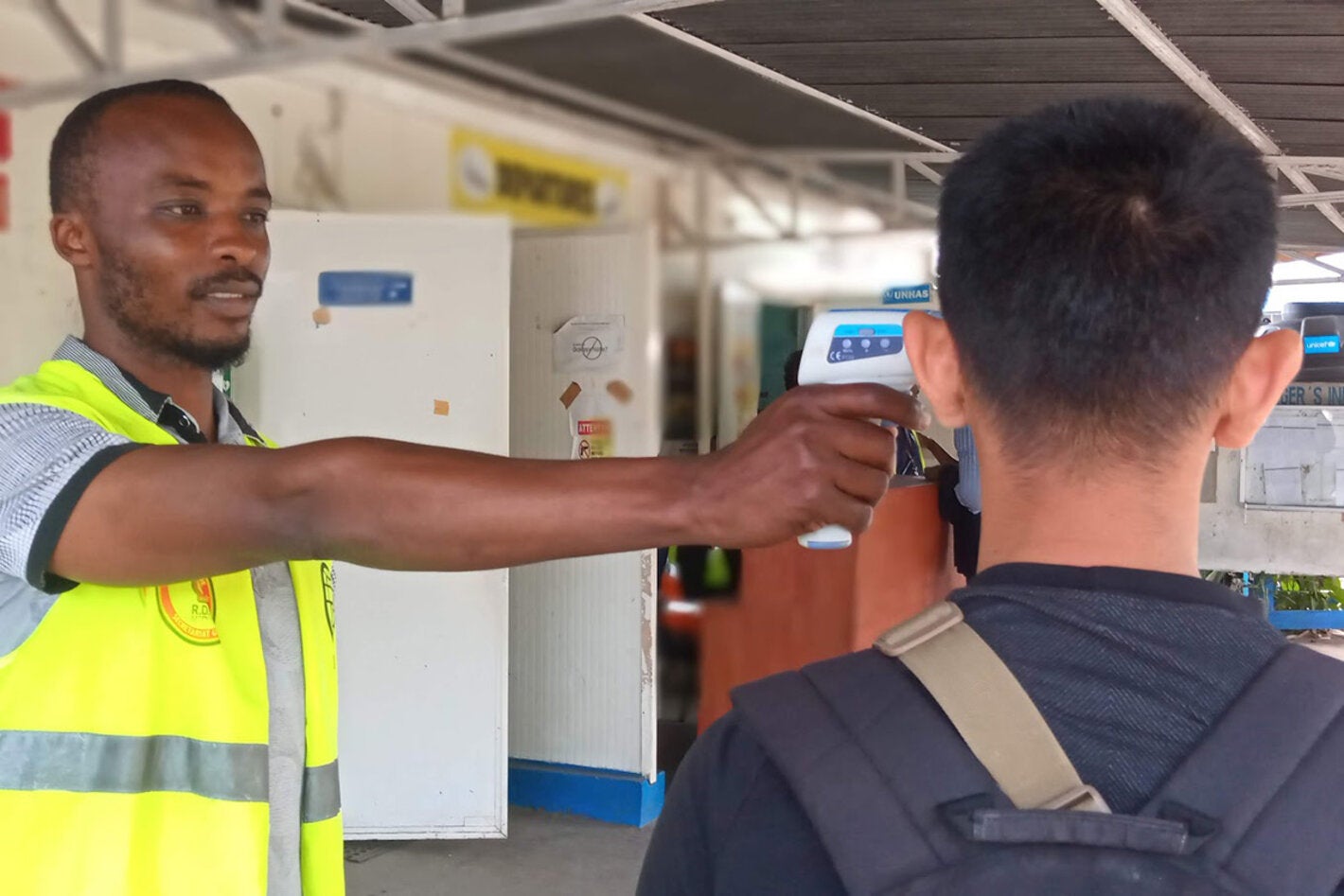 “It is time for the world to take notice and redouble our efforts. We need to work together in solidarity with the DRC to end this outbreak and build a better health system,” said Dr. Tedros. “Extraordinary work has been done for almost a year under the most difficult circumstances. We all owe it to these responders -- coming from not just WHO but also government, partners and communities — to shoulder more of the burden.”

The declaration followed a meeting of the International Health Regulations Emergency Committee for EVD in the DRC. The Committee cited recent developments in the outbreak in making its recommendation, including the first confirmed case in Goma, a city of almost two million people on the border with Rwanda, and the gateway to the rest of DRC and the world.

This is about mothers, fathers and children—too often entire families are stricken.

This was the fourth meeting of the Emergency Committee since the outbreak was declared on 1 August 2018.

The Committee expressed disappointment about delays in funding which have constrained the response. They also reinforced the need to protect livelihoods of the people most affected by the outbreak by keeping transport routes and borders open. It is essential to avoid the punitive economic consequences of travel and trade restrictions on affected communities.

“It is important that the world follows these recommendations. It is also crucial that states do not use the PHEIC as an excuse to impose trade or travel restrictions, which would have a negative impact on the response and on the lives and livelihoods of people in the region,” said Professor Robert Steffen, chair of the Emergency Committee.

Since it was declared almost a year ago the outbreak has been classified as a level 3 emergency – the most serious – by WHO, triggering the highest level of mobilization from WHO. The UN has also recognized the seriousness of the emergency by activating the Humanitarian System-wide Scale-Up to support the Ebola response.

In recommending a PHEIC the committee made specific recommendations related to this outbreak.

“This is about mothers, fathers and children - too often entire families are stricken. At the heart of this are communities and individual tragedies,” said Dr. Tedros. “The PHEIC should not be used to stigmatize or penalize the very people who are most in need of our help.”

It was the view of the Committee that a coordinated international response under the International Health Regulations (2005) is required. Thus, the conditions for a Public Health Emergency of International Concern (PHEIC) under the IHR (2005) have been met.

The Committee discussed the impact of a PHEIC declaration on the response, possible unintended consequences, and how these might be managed. The global community should anticipate possible negative consequences and proactively prevent them from occurring, taking into account experience with Ebola in West Africa in 2014.

The declaration of the PHEIC is not a reflection on the performance of the response team but rather a measure that recognizes the possible increased national and regional risks and the need for intensified and coordinated action to manage them.

The Committee provided the following advice to the Director-General for his issuance as formal Temporary Recommendations under the IHR (2005).