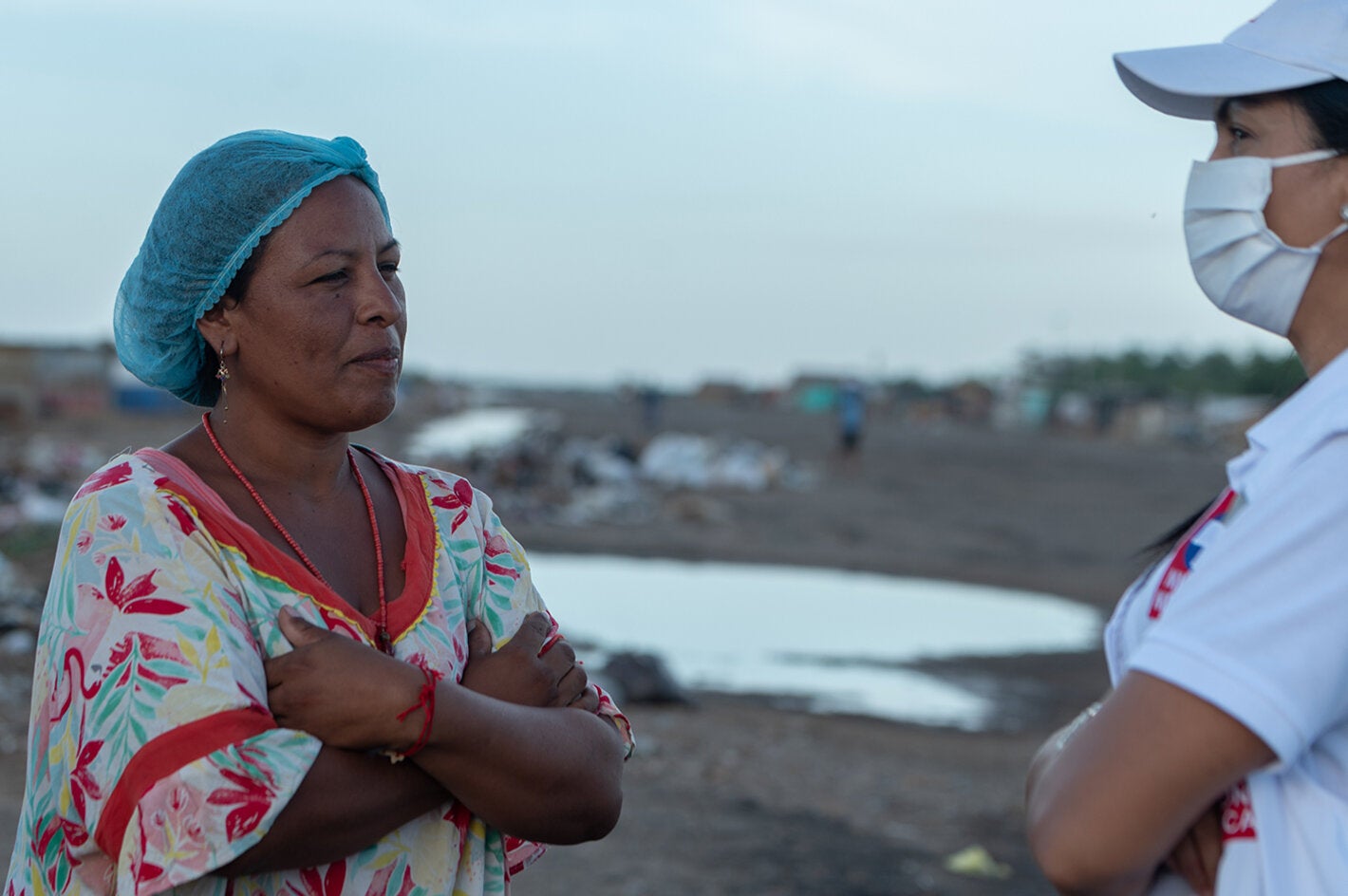 Washington, D.C. July 20, 2020 (PAHO) – Indigenous peoples in several countries in the Americas are experiencing rising number of cases and deaths from COVID-19, and the Pan American Health Organization, in a new epidemiological alert, urged health authorities “to intensify efforts in order to prevent further spread of infection within these communities, as well as to ensure adequate access to healthcare services.”

PAHO’s alert called to strengthen case management using culturally appropriate approaches, and to implement preventive measures across all levels of the health system to reduce mortality associated with COVID-19.

“The COVID-19 pandemic poses a risk to the health of indigenous peoples, both those living in urban areas and those living in remote settlements or isolated areas, where access to health services is a challenge and there is often a limited capacity to serve the entire population", says the PAHO alert.

To interrupt the transmission of COVID-19 in indigenous communities, PAHO recommends that indigenous leaders participate in actions to detect cases early, obtain laboratory confirmation, isolate positive cases, and trace and quarantine their contacts.

“Among indigenous populations, either living in remote settlements or isolated in urban areas, some of the risk factors that may be associated with higher COVID-19 mortality rates include malnutrition, insufficient access or complete lack of access to health systems as well as to potable water and basic sanitation, in addition to the existing high burden of parasitic diseases,” the PAHO document notes.

COVID-19 surveillance strategies in indigenous communities should include community surveillance conducted by residents, as well as primary care, hospital, and health center observation, with special attention to reporting rumors of cases or deaths related to fever and shortness of breath that should be investigated to determine the cause and provide prompt healthcare to those affected, the PAHO alert says.

PAHO highlighted the importance of good communication on COVID-19 among indigenous communities, by using local languages and adapting messages to consider local practices and cultures with symbols and images where needed. “The ways in which messages are transmitted must be validated by the indigenous populations themselves. Images used in documents and on social media should be inclusive and should never stigmatize indigenous peoples,” the document notes.

The alert recommends that health authorities foster exchanges between traditional practitioners, ancestral therapists, and other community members “so that specific measures such as social distancing, diagnosis, isolation, and treatment take into account their worldviews, existing ancestral practices, and contexts. The importance and meaning of traditional medicine for indigenous peoples should also be considered.”

PAHO also notes different strategies are needed for populations in urban areas, those residing in villages, indigenous migrant populations, or indigenous populations in voluntary isolation, “considering the vulnerability and exposure differences, and that not all indigenous communities will be affected by COVID-19 in the same way.”

PAHO is working closely with indigenous organizations from the Peruvian jungle, eastern Bolivia, the Ecuadorian Amazon, the Colombian Amazon, and the Brazilian Amazon, represented by the Coordinator of Indigenous Organizations of the Amazon River Basin (COICA).