PAHO completes the pilot project on malaria pharmacovigilance in Brazil 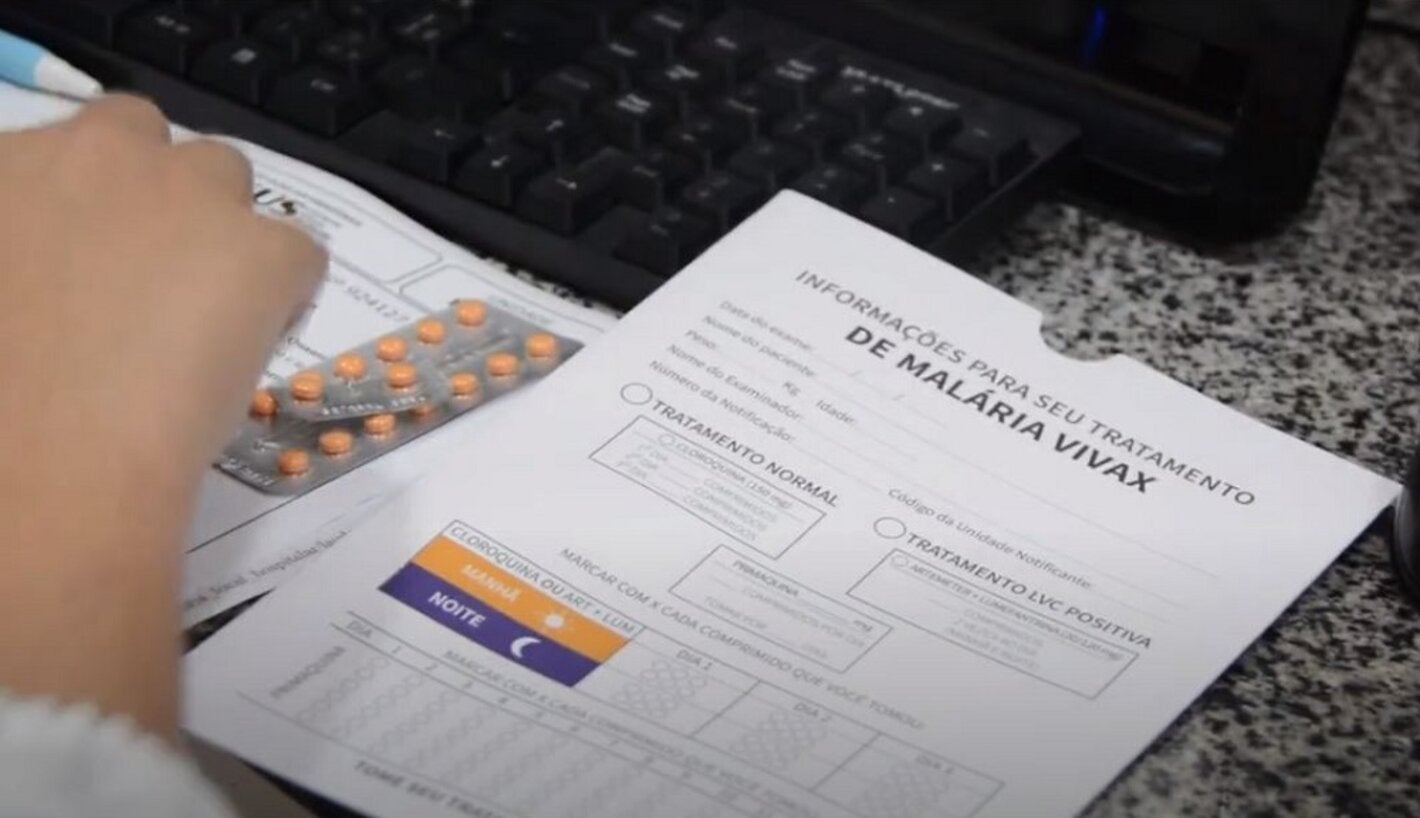 Brasília, 21 April 2021 (PAHO)- The Pan American Health Organization (PAHO) finished the pilot project “Strengthening Pharmacovigilance and Adherence to Malaria Treatment in the Region of the Americas (VigilADMa).” The country was the first to implement and complete the action, developed in the municipality of Manaus, State of Amazonas, from November 2019 to December 2020.

Malaria is a potentially fatal disease caused by parasites transmitted to people by the infected female of the Anopheles mosquito. For the treatment of this disease, one of the medicines used is primaquine.

However, this antimalarial has a compound called 8-aminoquinoline, which causes adverse effects in those who are deficient in the enzyme glucose-6-phosphate dehydrogenase (G6PD). People with this health condition, when taking primaquine, are at risk of having hemolysis—rupture of the red blood cell membrane—which can lead to the need for blood transfusions, and even death.

For this reason, PAHO has developed this initiative to strengthen malaria pharmacovigilance in several countries in the Americas. In Brazil, the project was carried out in partnership with the Ministry of Health, the National Health Surveillance Agency (ANVISA), the Health Surveillance Foundation (FVS) of Amazonas, the Manaus Tropical Medicine Foundation, and the Municipal Health Secretariat of Manaus.

A total of 1,062 patients were interviewed with a questionnaire about adverse effects, which allowed the identification of three people with G6PD deficiency. Then, their treatment regimen was changed, and they were able to cure malaria without the need for blood transfusion or other worsening of the condition.

To help strengthen pharmacovigilance and increase treatment adherence, an envelope and a video with simple information about treatment and adverse effects were developed. When a person was diagnosed with malaria, the health professional would hand over the envelope and explain everything about the treatment, in addition to asking for authorization to include him/her in the project.
From there, the patient started to receive SMS messages via cell phone to remind him/her to take the medication correctly. Three days after the end of the treatment, he/she received a call that sought to identify possible adverse events and refer him/her to the health service, if necessary.

The experience in Manaus will serve as a model for the implementation of VigilADMa in other locations in Brazil and in other countries and territories. In addition to the country, Colombia, El Salvador, Guatemala, Honduras, Peru, and the Dominican Republic participate in the project. The initiative is developed in partnership with the United States Agency for International Development (USAID) and the Bill & Melinda Gates Foundation.