Nicaragua awarded prize for its fight against Malaria 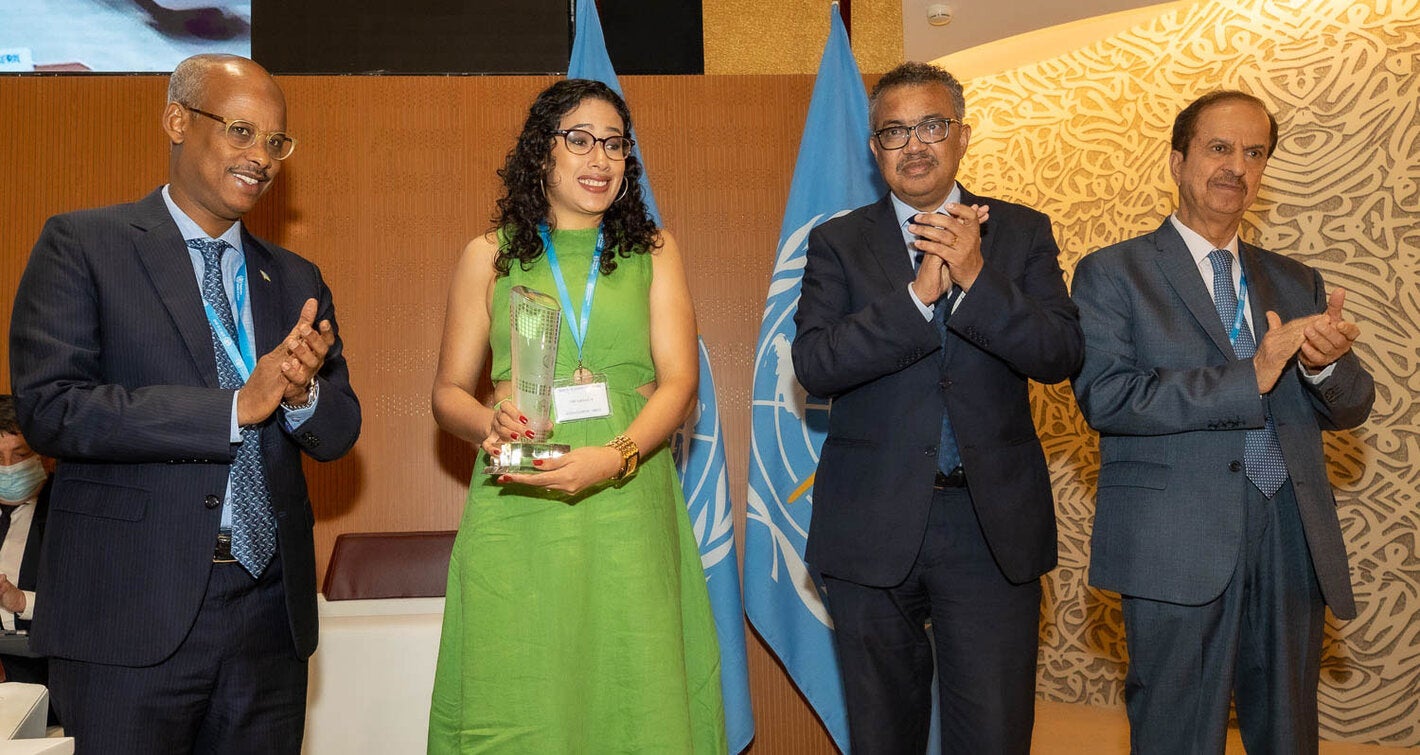 The awards ceremony took place during the 75th World Health Assembly, which takes place until 28th May in Geneva, Switzerland.

Geneva, Switzerland, 27 May 2022 – The National Malaria Component of the Ministry for Citizen’s Power for Health of Nicaragua today received the United Arab Emirates Health Foundation Prize for its essential work carried out in the fight against malaria, an effort that has been carried out for more than 50 years with support from the network of voluntary collaborators (ColVol).

The prize is one of six distinctions awarded by the Executive Council of the World Health Organization (WHO) each year during the World Health Assembly, in recognition of the work of individuals and institutions around the world in the promotion of public health.

Christian Toledo, director general of surveillance at the Nicaraguan Ministry of Health expressed his thanks for the award and highlighted the “fundamental role of communities in ensuring health.” He said that the work with volunteer collaborators had led to a 66% reduction in malaria cases in the country.

Toledo highlighted that more than 9100 volunteer collaborators in communities and neighborhoods throughout the country receive training in malaria elimination actions from the Ministry of Health. These include searching for active cases, taking finger-prick blood tests, delivering medicines and mosquito nets, as well as raising awareness among the community.

ColVol members act as community health agents, focusing on raising awareness of malaria, surveillance, diagnosis and treatment. In 2020, they were able to continue their work following tropical storms that had severely impacted the ability of community health centers to deliver services.