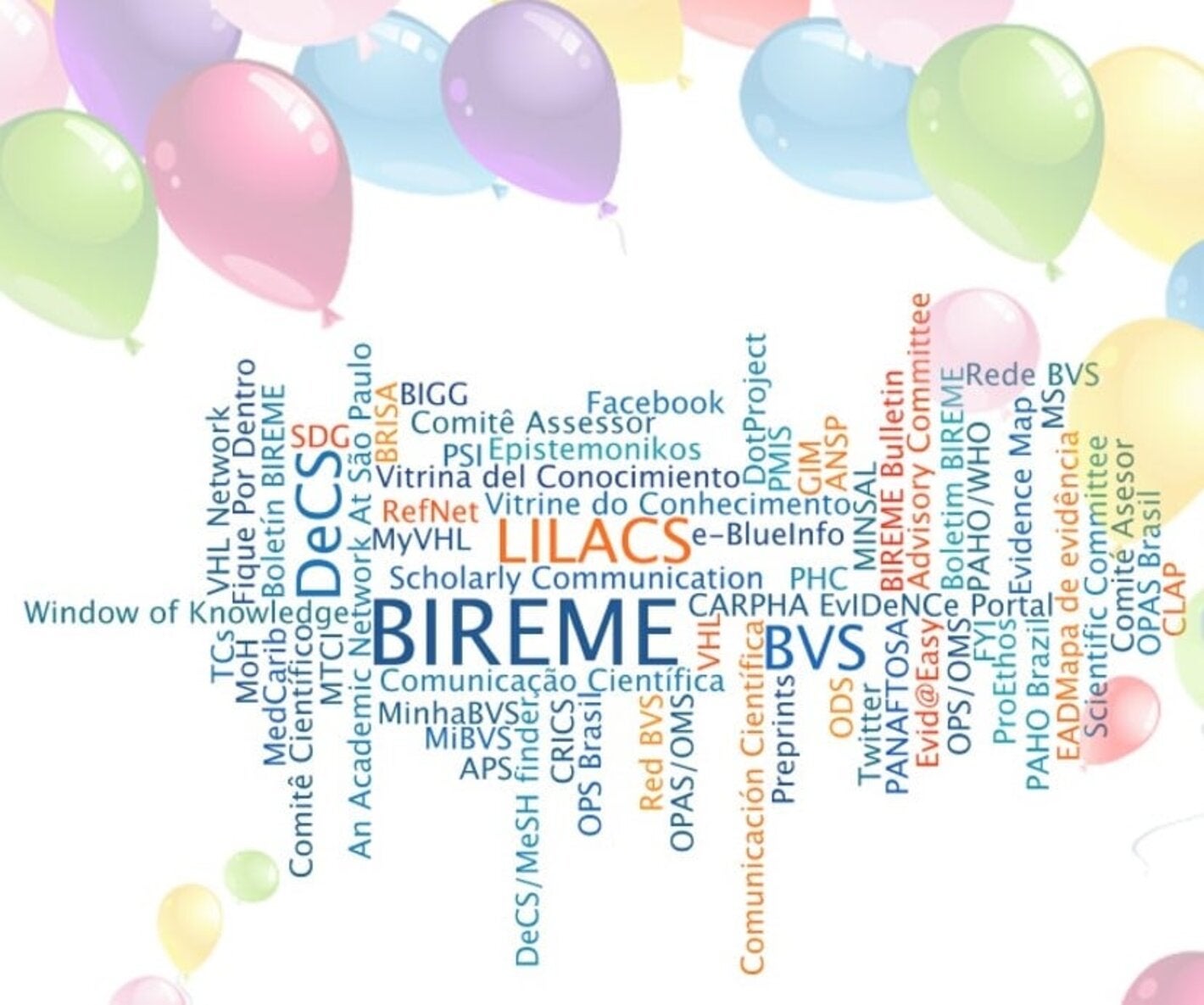 Sao Paulo, 4 March 2021 (PAHO/WHO) - On March 3, 2021, BIREME celebrates 54 years as a Specialized Center of the Pan American Health Organization / World Health Organization, which is part of the Department of Evidence and Intelligence for Action in Health (EIH / PAHO / WHO). By carrying out its mission of democratizing information, knowledge and evidence for health decision-making, BIREME maintains and strengthens its presence not only in the Latin America and Caribbean Region, but also at the international level.

Among the main focuses of BIREME's performance, it is worth mentioning the continuous improvement of its scientific information and communication products and services, such as the Virtual Health Library Network (VHL), the LILACS index (Latin American Literature in Health Sciences), which celebrated its 35th anniversary in 2020 and DeCS (Health Sciences Descriptors), which will celebrate its 35th anniversary later in 2021. These products have recently launched innovative services, such as the DeCS/MesH finder and Evid@Easy

The Global Index Medicus, the VHL Network in countries with emphasis on thematic instances such as Nursing and Traditional, Complementary and Integrative Medicine (MTCI), and MedCarib/CARPHA for the English Caribbean are worth mentioning.

BIREME relies on the support of its Governance Committees, the Advisory and Scientific Committees, which perform advisory functions to the Director of PAHO / WHO, regarding the programmatic, managerial and technical cooperation functions of the Center, through annual meetings.

Thus, for 54 years, BIREME has been offering innovative information products and services that follow international standards and the state of the art in information methodologies and technologies, in addition to having solid partnerships with ministries of health, libraries, research and care institutions health, and PAHO / WHO Collaborating Centers in Latin America and the Caribbean and countless others outside the Region.

The tag cloud that illustrates this subject, created especially to mark the date, gathers the main terms that reflect the results of the teams' work over the more than five decades, based on innovation and the state of the art of information, knowledge, scientific evidence and communication in health in Latin America and the Caribbean.