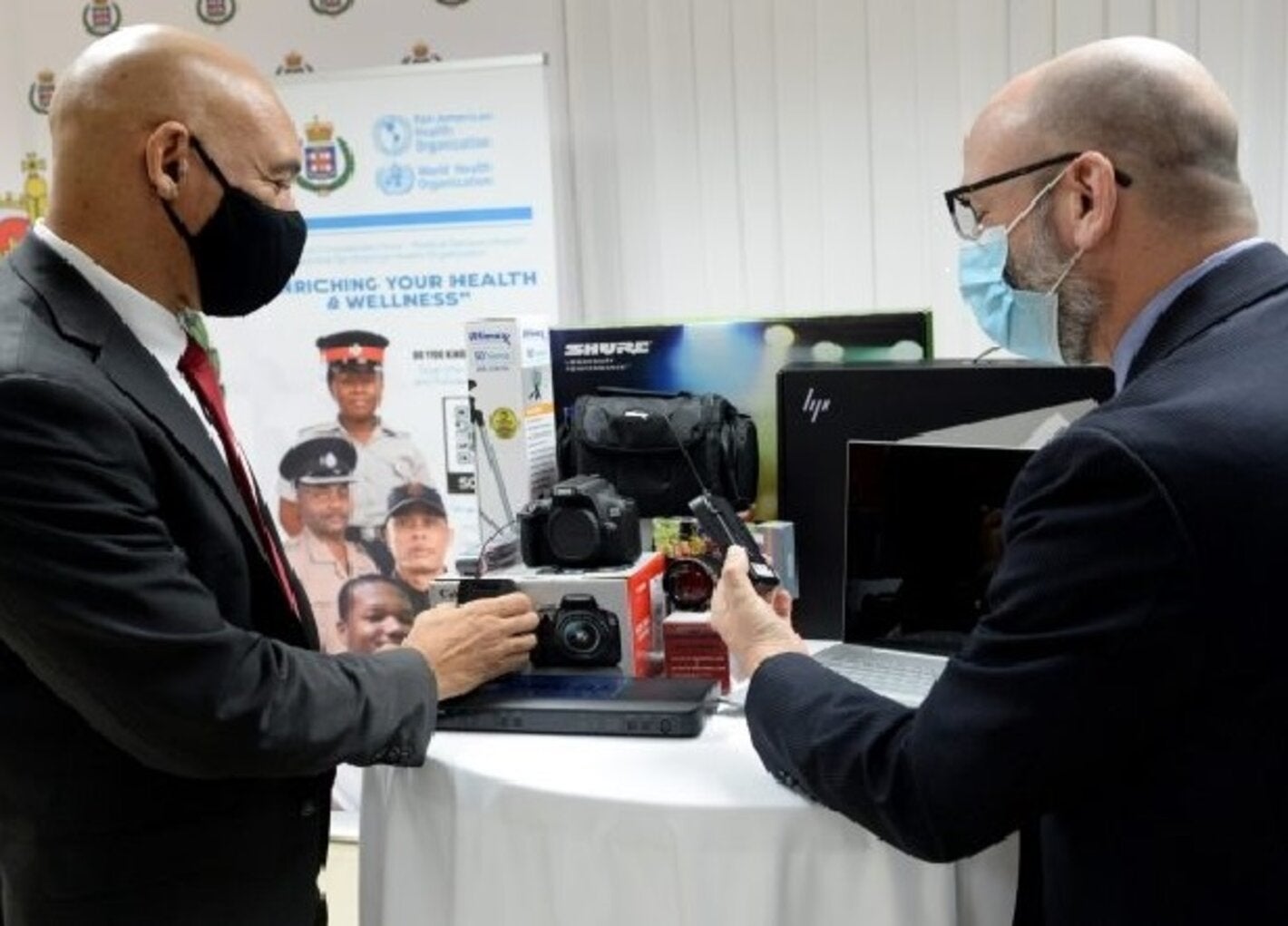 The Pan American Health Organization (PAHO) donated equipment and software to the Jamaica Constabulary Force (JCF), valued at more than US$30,000, to aid in bolstering health and wellness support for its members. The items were formally handed over to Police Commissioner, Major General Antony Anderson, by Mr. Ian Stein, PAHO/World Health Organization (WHO) Representative in Jamaica, Bermuda and the Cayman Islands, during a brief ceremony at the Police Commissioner’s Office in Kingston on Friday, January 14.

The interactive tools, which include video cameras, monitors and relevant software form part of the JCF’s ‘Enriching Your Health and Wellness’ initiative. The items will be utilized as part of a sensitization and health education exercise to help personnel manage stress and prevent non-communicable diseases (NCDs).

In his remarks, Mr. Stein said PAHO recognizes the JCF’s members as an essential workforce on the front line of emergencies and crises, “including the coronavirus (COVID-19) pandemic”.

He said the items donated represent a collaboration between PAHO and the JCF “to enrich health and wellness in this Force”.

Mr. Stein also pointed out that the tools “are necessary to support health promotion and communication to address the specific needs of the JCF”.

“We know that by supporting programmes such as this we are also responding to the challenges of the greater society,” he added.

Major General Anderson, in thanking PAHO, said the highly challenging space within which the JCF’s members operate often elevates stress levels, noting that “trauma becomes a part of a police officer’s life… because we demand [much] from [them]”.

Against this background, he said PAHO's donation “gives us an opportunity to do real and meaningful things for our police officers”. 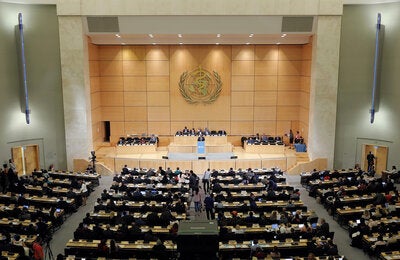