Ten threats to global health in 2019

The world is facing multiple health challenges. These range from outbreaks of vaccine-preventable diseases like measles and diphtheria, increasing reports of drug-resistant pathogens, growing rates of obesity and physical inactivity to the  health impacts of environmental pollution and climate change and multiple humanitarian crises.

To address these and other threats, 2019 sees the start of the World Health Organization’s new 5-year strategic plan – the 13th General Programme of Work. This plan focuses on a triple billion target:  ensuring 1 billion more people benefit from access to universal health coverage, 1 billion more people are protected from health emergencies and 1 billion more people enjoy better health and well-being. Reaching this goal will require addressing the threats to health from a variety of angles.

Here are 10 of the many issues that will demand attention from WHO and health partners in 2019.

Nine out of ten people breathe polluted air every day. In 2019, air pollution is considered by WHO as the greatest environmental risk to health. Microscopic pollutants in the air can penetrate respiratory and circulatory systems, damaging the lungs, heart and brain, killing 7 million people prematurely every year from diseases such as cancer, stroke, heart and lung disease. Around 90% of these deaths are in low- and middle-income countries, with high volumes of emissions from industry, transport and agriculture, as well as dirty cookstoves and fuels in homes.

The primary cause of air pollution (burning fossil fuels) is also a major contributor to climate change, which impacts people’s health in different ways. Between 2030 and 2050, climate change is expected to cause 250 000 additional deaths per year, from malnutrition, malaria, diarrhoea and heat stress.

In October 2018, WHO held its first ever Global Conference on Air Pollution and Health in Geneva. Countries and organizations made more than 70 commitments to improve air quality. This year, the United Nations Climate Summit in September will aim to strengthen climate action and ambition worldwide. Even if all the commitments made by countries for the Paris Agreement are achieved, the world is still on a course to warm by more than 3°C this century. 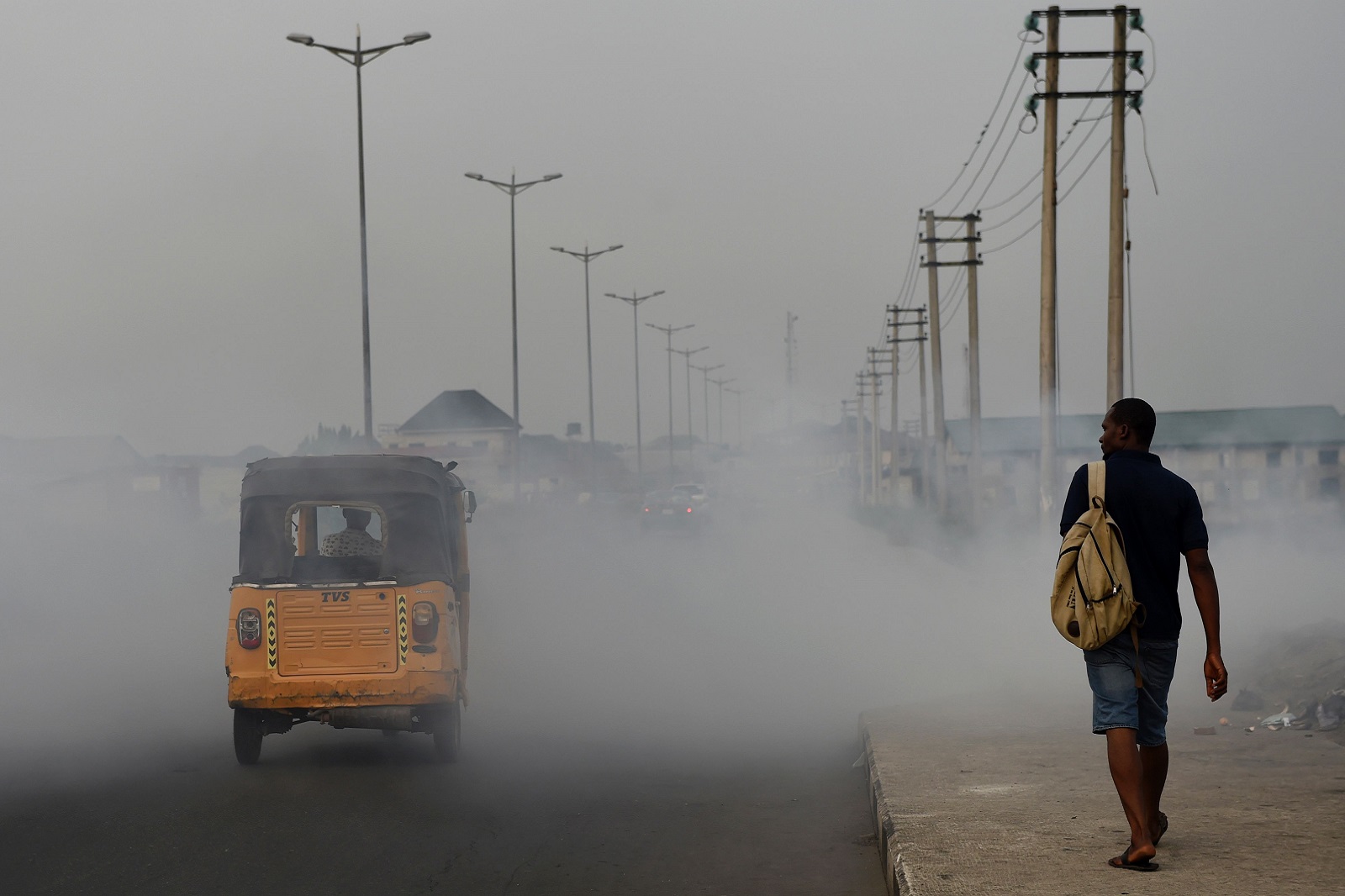 Noncommunicable diseases, such as diabetes, cancer and heart disease, are collectively responsible for over 70% of all deaths worldwide, or 41 million people. This includes 15 million people dying prematurely, aged between 30 and 69.

Over 85% of these premature deaths are in low- and middle-income countries. The rise of these diseases has been driven by five major risk factors: tobacco use, physical inactivity, the harmful use of alcohol, unhealthy diets and air pollution. These risk factors also exacerbate mental health issues, that may originate from an early age: half of all mental illness begins by the age of 14, but most cases go undetected and untreated – suicide is the second leading cause of death among 15-19 year-olds.

Among many things, this year WHO will work with governments to help them meet the global target of reducing physical inactivity by 15% by 2030 – through such actions as implementing the ACTIVE policy toolkit to help get more people being active every day. 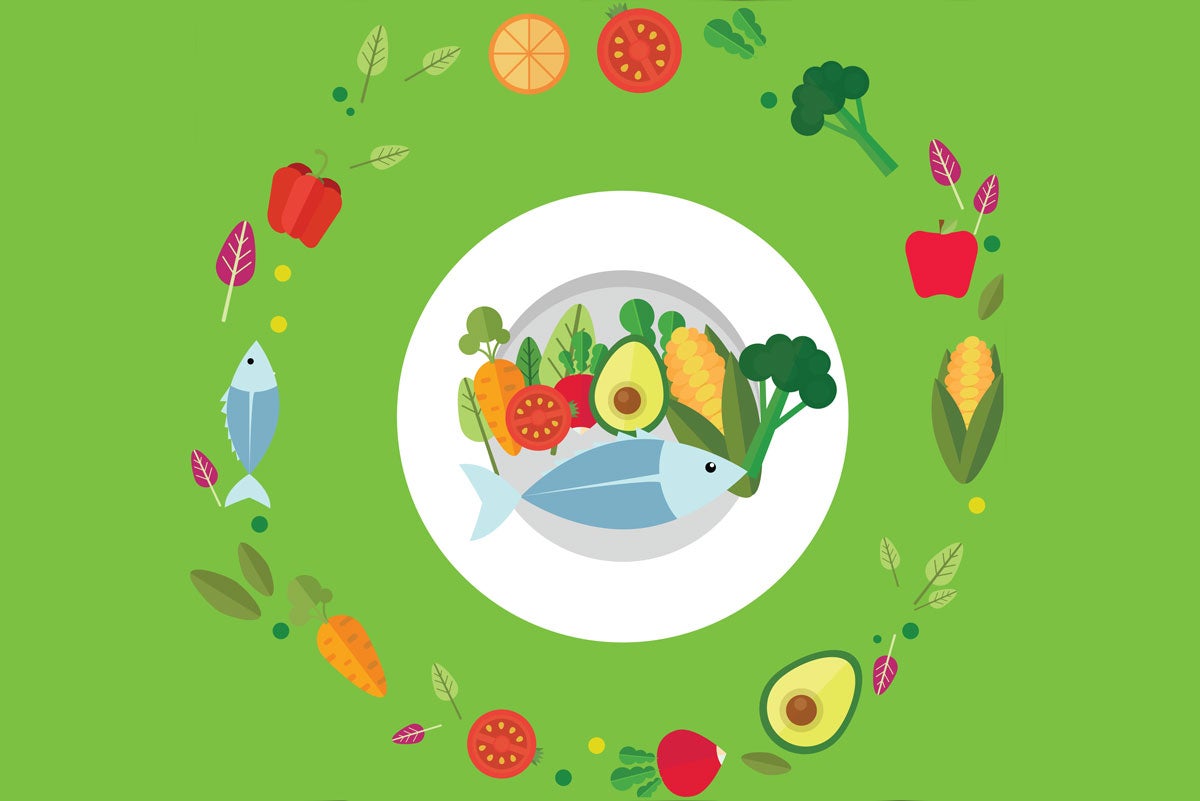 The world will face another influenza pandemic – the only thing we don’t know is when it will hit and how severe it will be. Global defences are only as effective as the weakest link in any country’s health emergency preparedness and response system.

WHO is constantly monitoring the circulation of influenza viruses to detect potential pandemic strains: 153 institutions in 114 countries are involved in global surveillance and response.

Every year, WHO recommends which strains should be included in the flu vaccine to protect people from seasonal flu. In the event that a new flu strain develops pandemic potential, WHO has set up a unique partnership with all the major players to ensure effective and equitable access to diagnostics, vaccines and antivirals (treatments), especially in developing countries.

More than 1.6 billion people (22% of the global population) live in places where protracted crises (through a combination of challenges such as drought, famine, conflict, and population displacement) and weak health services leave them without access to basic care.

Fragile settings exist in almost all regions of the world, and these are where half of the key targets in the sustainable development goals, including on child and maternal health, remains unmet.

WHO will continue to work in these countries to strengthen health systems so that they are better prepared to detect and respond to outbreaks, as well as able to deliver high quality health services, including immunization.

The development of antibiotics, antivirals and antimalarials are some of modern medicine’s greatest successes. Now, time with these drugs is running out. Antimicrobial resistance – the ability of bacteria, parasites, viruses and fungi to resist these medicines – threatens to send us back to a time when we were unable to easily treat infections such as pneumonia, tuberculosis, gonorrhoea, and salmonellosis. The inability to prevent infections could seriously compromise surgery and procedures such as chemotherapy.

Resistance to tuberculosis drugs is a formidable obstacle to fighting a disease that causes around 10 million people to fall ill, and 1.6 million to die, every year. In 2017, around 600 000 cases of tuberculosis were resistant to rifampicin – the most effective first-line drug – and 82% of these people had multidrug-resistant tuberculosis.

Drug resistance is driven by the overuse of antimicrobials in people, but also in animals, especially those used for food production, as well as in the environment. WHO is working with these sectors to implement a global action plan to tackle antimicrobial resistance by increasing awareness and knowledge, reducing infection, and encouraging prudent use of antimicrobials.

Ebola and other high-threat pathogens

In 2018, the Democratic Republic of the Congo saw two separate Ebola outbreaks, both of which spread to cities of more than 1 million people. One of the affected provinces  is also in an active conflict zone.

This shows that the context in which an epidemic of a high-threat pathogen like Ebola erupts is critical –  what happened in rural outbreaks in the past doesn’t always apply to densely populated urban areas or conflict-affected areas.

WHO’s R&D Blueprint identifies diseases and pathogens that have potential to cause a public health emergency but lack effective treatments and vaccines. This watchlist for priority research and development includes Ebola, several other haemorrhagic fevers, Zika, Nipah, Middle East respiratory syndrome coronavirus (MERS-CoV) and Severe Acute Respiratory Syndrome (SARS) and disease X, which represents the need to prepare for an unknown pathogen that could cause a serious epidemic. 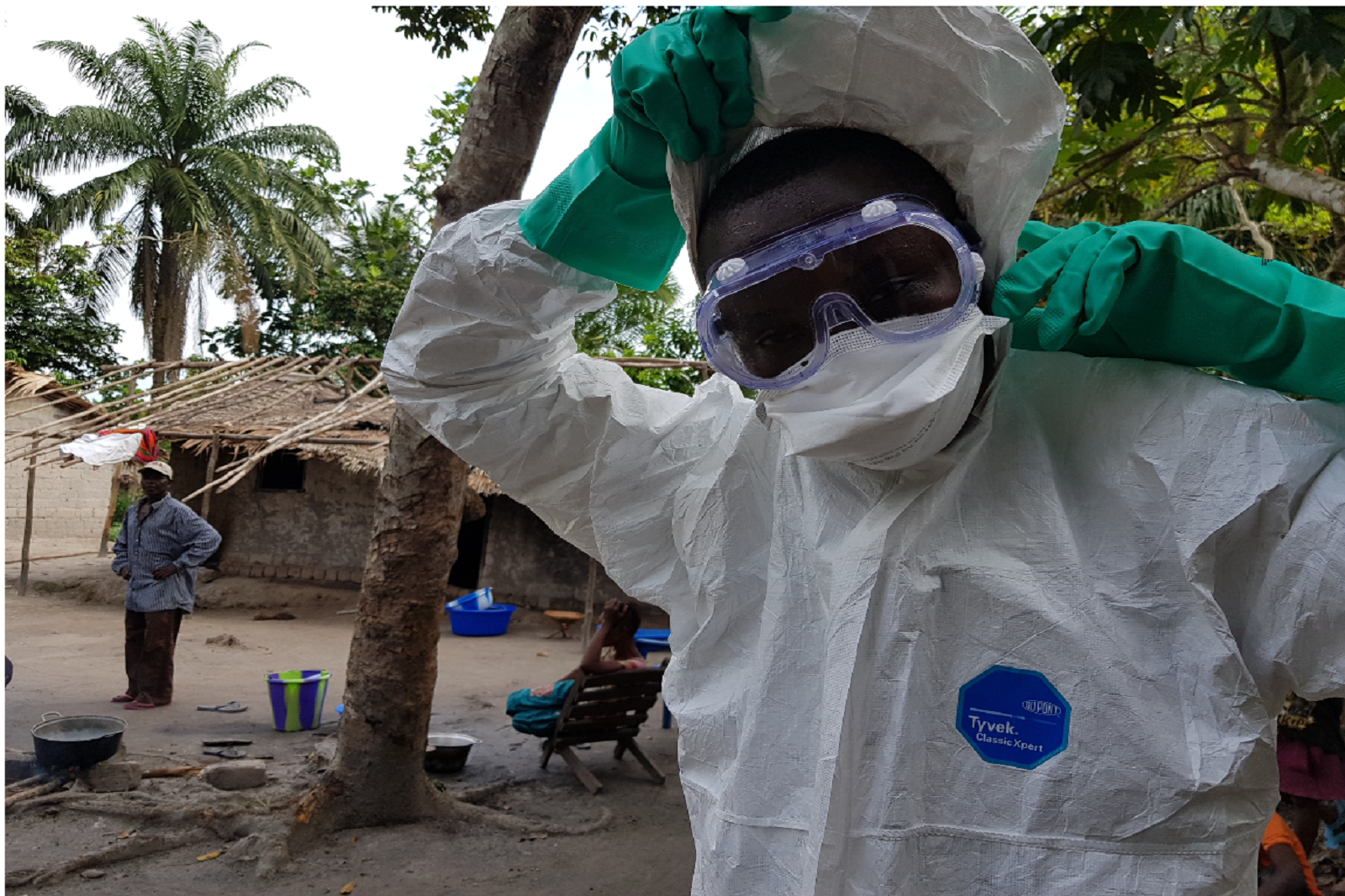 Primary health care is usually the first point of contact people have with their health care system, and ideally should provide comprehensive, affordable, community-based care throughout life.

Yet many countries do not have adequate primary health care facilities. This neglect may be a lack of resources in low- or middle-income countries, but possibly also a focus in the past few decades on single disease programmes. In October 2018, WHO co-hosted a major global conference in Astana, Kazakhstan at which all countries committed to renew the commitment to primary health care made in the Alma-Ata declaration in 1978.

In 2019, WHO will work with partners to revitalize and strengthen primary health care in countries, and follow up on specific commitments made by in the Astana Declaration.

Vaccine hesitancy – the reluctance or refusal to vaccinate despite the availability of vaccines – threatens to reverse progress made in tackling vaccine-preventable diseases. Vaccination is one of the most cost-effective ways of avoiding disease – it currently prevents 2-3 million deaths a year, and a further 1.5 million could be avoided if global coverage of vaccinations improved.

Measles, for example, has seen a 30% increase in cases globally. The reasons for this rise are complex, and not all of these cases are due to vaccine hesitancy. However, some countries that were close to eliminating the disease have seen a resurgence.

The reasons why people choose not to vaccinate are complex; a vaccines advisory group to WHO identified complacency, inconvenience in accessing vaccines, and lack of confidence are key reasons underlying hesitancy. Health workers, especially those in communities, remain the most trusted advisor and influencer of vaccination decisions, and they must be supported to provide trusted, credible information on vaccines.

In 2019, WHO will ramp up work to eliminate cervical cancer worldwide by increasing coverage of the HPV vaccine, among other interventions. 2019 may also be the year when transmission of wild poliovirus is stopped in Afghanistan and Pakistan. Last year, less than 30 cases were reported in both countries. WHO and partners are committed to supporting these countries to vaccinate every last child to eradicate this crippling disease for good. 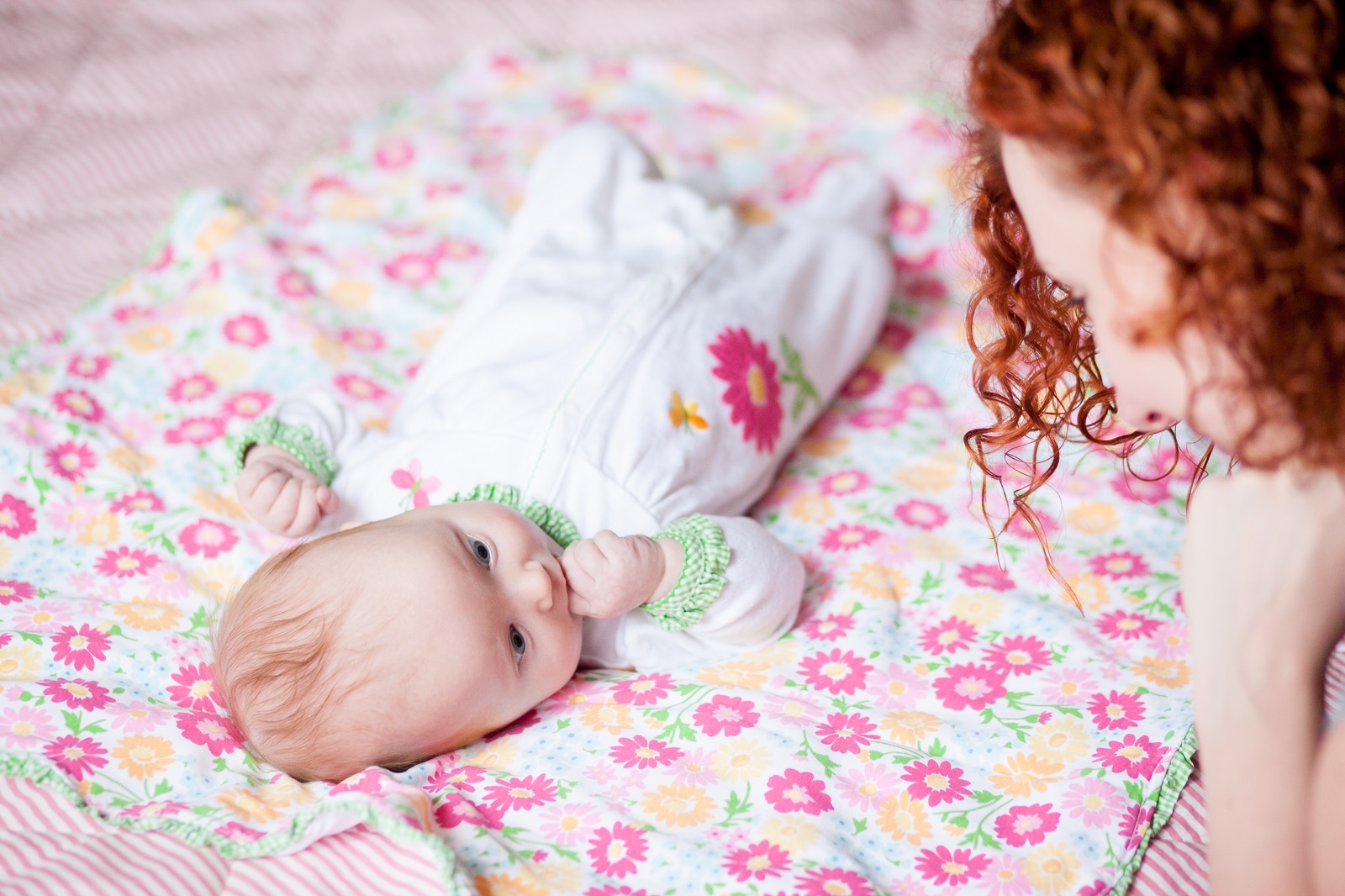 Dengue, a mosquito-borne disease that causes flu-like symptoms and can be lethal and kill up to 20% of those with severe dengue, has been a growing threat for decades.

An estimated 40% of the world is at risk of dengue fever, and there are around 390 million infections a year. WHO’s Dengue control strategy aims to reduce deaths by 50% by 2020. 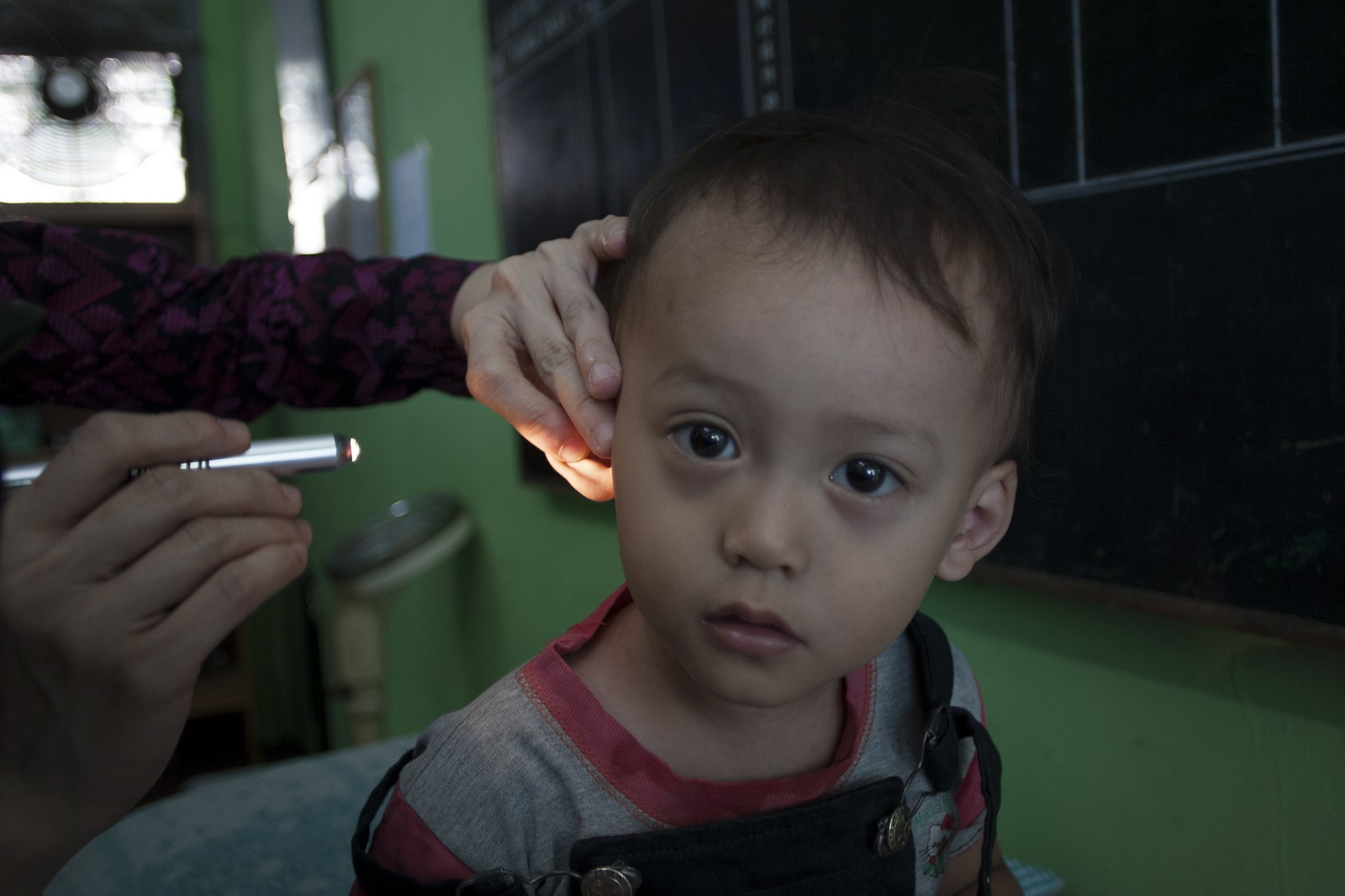 The progress made against HIV has been enormous in terms of getting people tested, providing them with antiretrovirals (22 million are on treatment), and providing access to preventive measures such as a pre-exposure prophylaxis (PrEP, which is when people at risk of HIV take antiretrovirals to prevent infection).

However, the epidemic continues to rage with nearly a million people every year dying of HIV/AIDS. Since the beginning of the epidemic, more than 70 million people have acquired the infection, and about 35 million people have died. Today, around 37 million worldwide live with HIV. Reaching people like sex workers, people in prison, men who have sex with men, or transgender people is hugely challenging. Often these groups are excluded from health services. A group increasingly affected by HIV are young girls and women (aged 15–24), who are particularly at high risk and account for 1 in 4 HIV infections in sub-Saharan Africa despite being only 10% of the population.

This year, WHO will work with countries to support the introduction of self-testing so that more people living with HIV know their status and can receive treatment (or preventive measures in the case of a negative test result). One activity will be to act on new guidance announced In December 2018, by WHO and the International Labour Organization to support companies and organizations to offer HIV self-tests in the workplace.